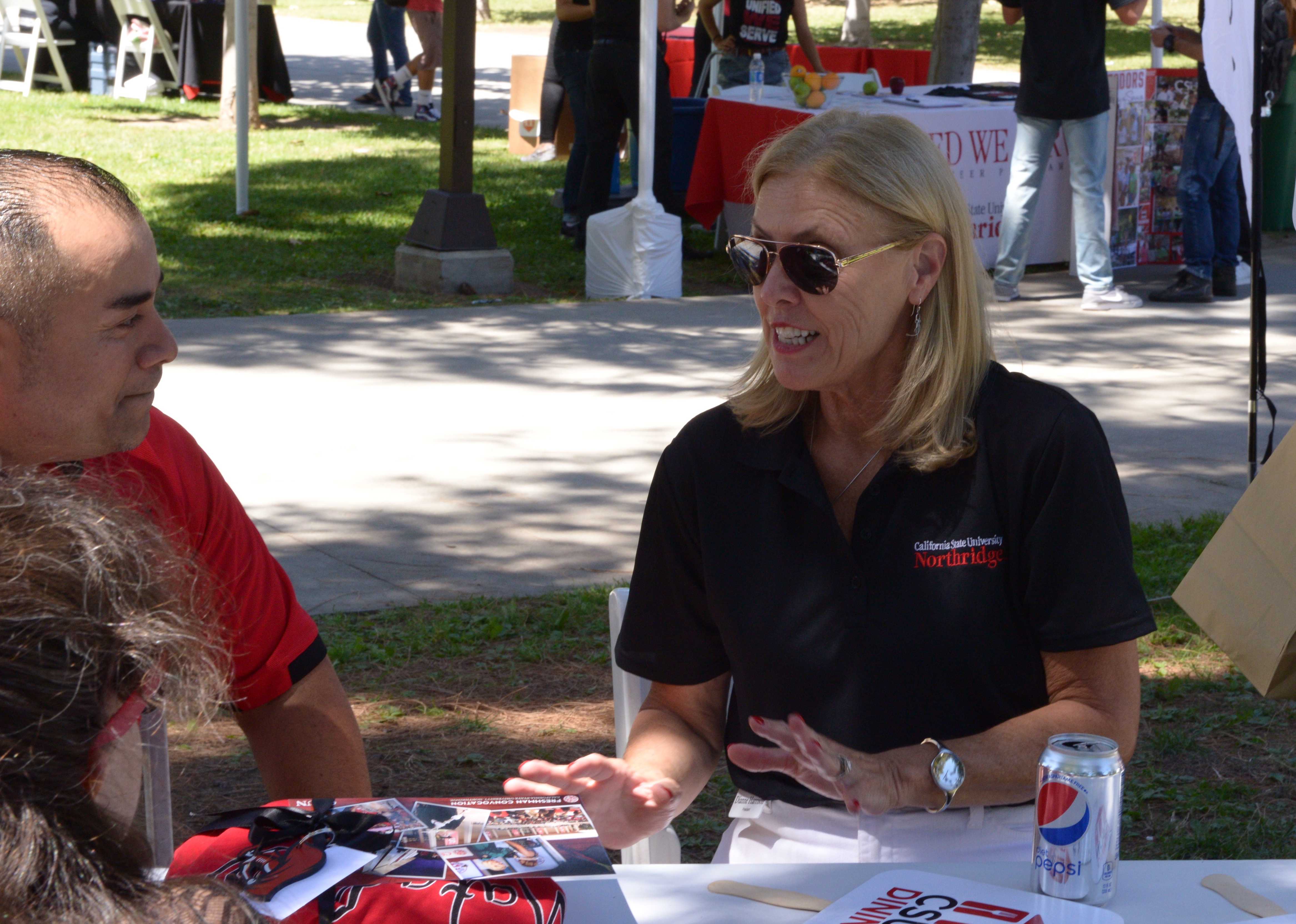 During the first part of the event, which lasted from 11 a.m. through 1:30 p.m., students listened to music, took photos with Harrison while they enjoyed tacos along with watermelon slices, all served buffet style.

Broadcast Journalism and Central American studies double major, Kimberly Arenas, said she was passing by with her friends when she spotted the picnic.

“This was God sent because all I had packed to eat the whole day was a sad little peanut butter and jelly sandwich and a banana,” Arenas said.

Incoming freshmen Ashley Johnson and Michael Chavez, both Public Health majors, said CSUN has given them a great first impression.

“It’s important for students to know what the president is doing and for us to have the chance to thank her for her work,” Johnson said.

Chavez also took advantage of the opportunity to thank Harrison for his experience on campus thus far.

“As a first-time freshman, I like that she is welcoming us and creating a community at CSUN. So far so good,” said Chavez.