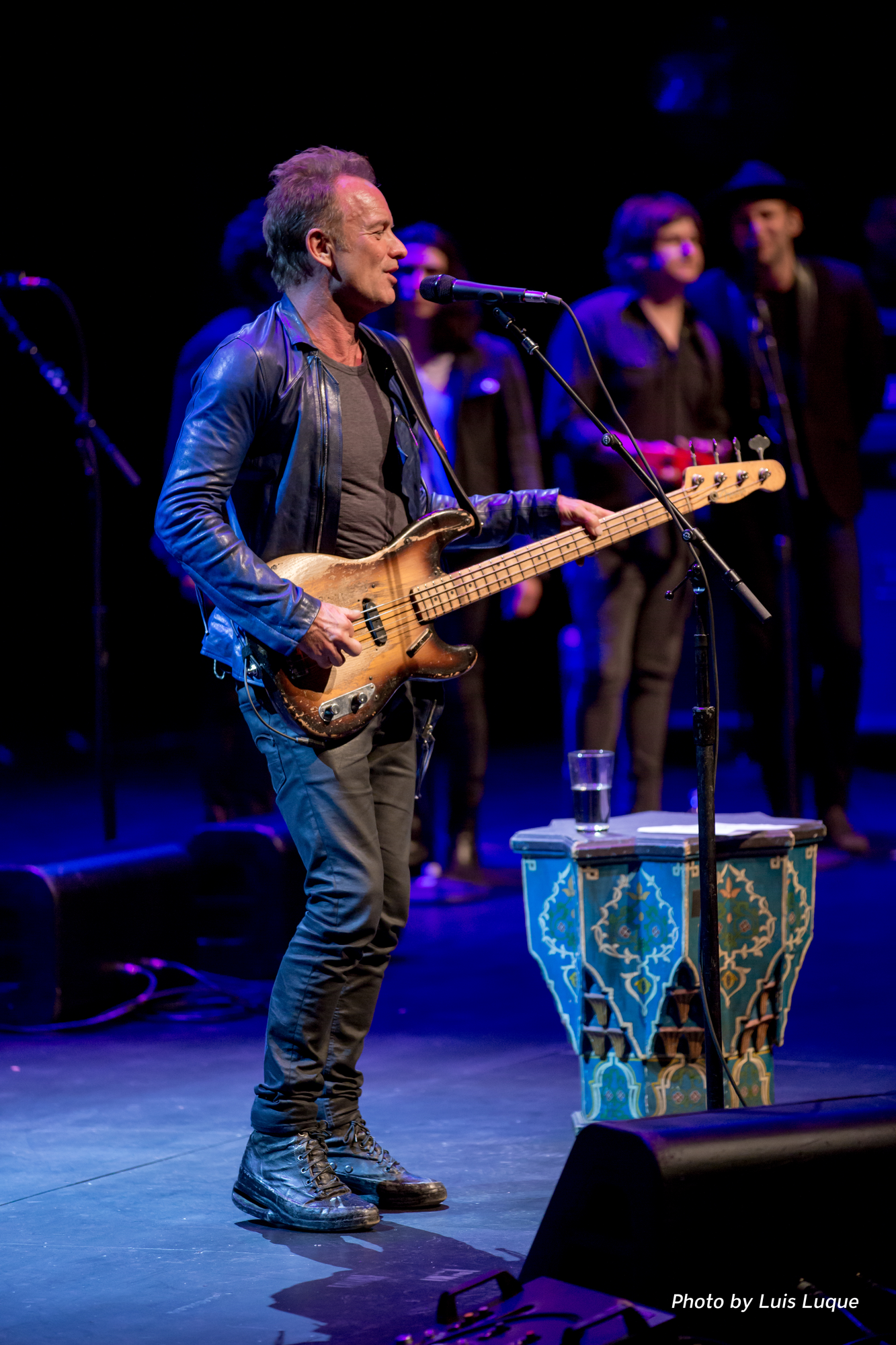 The event was made possible by KCSN 88.5 and the VPAC organization, along with KCSN’s own Sky Daniels.

About 300 people were invited to this intimate event and among them were record executives, radio contest winners and President Dianne Harrison.

Harrison spoke after the show about how important the event was to KCSN and to CSUN.

“It was so exciting to have him [Sting] here,” Harrison said. “This is all about our radio station and the visibility and the kinds of listeners we’re attracting.”

This year reminded the world that music legends do not live forever. This was a topic of discussion when Daniels sat down with Sting in front of the audience and asked him to describe the inspiration behind his song titled, “50 thousand” off his new album.

“Like all of us, I was deeply shocked by the unexpected death of David Bowie, of Prince, of Glenn Frey, of Lenny from Motörhead” Sting said. “We tend to think, erroneously so, that when you’re a superstar, when you’re an icon, somehow you’re immortal but the fact is, we’re not. In the song, I address that issue.”

Sting then proceeded to strap on his bass and rock the VPAC auditorium.