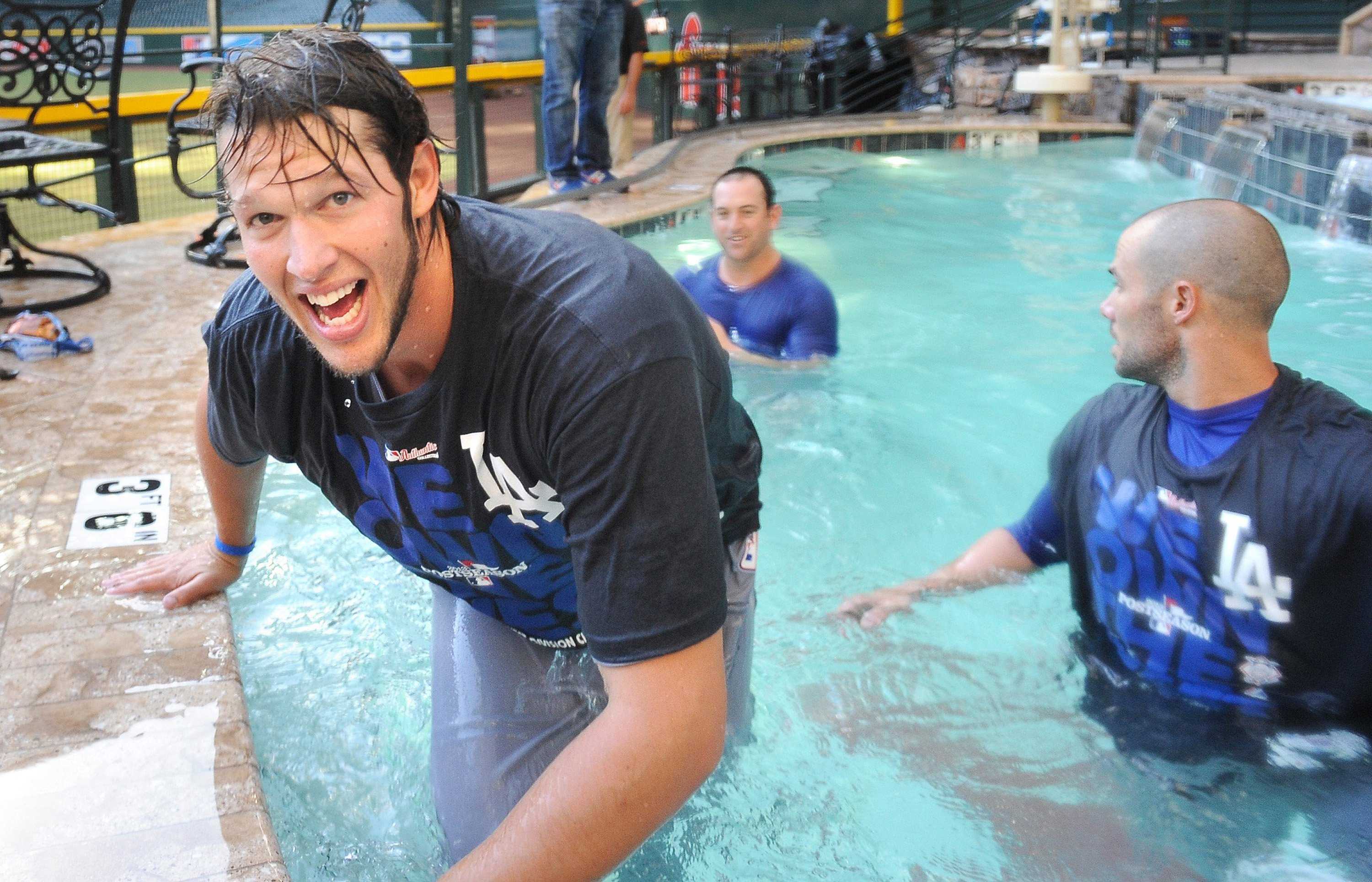 The Los Angeles Dodgers' Clayton Kershaw celebrates in the pool with his teammates after defeating the Arizona Diamondbacks, 7-6, and clinching the N.L. West title at Chase Field in Phoenix, Arizona, on Thursday, September 19, 2013. (Wally Skalij/Los Angeles Times/MCT)

Local singer-songwriter Beth Hart will perform at The Canyon in Agoura Hills at 9 p.m.; doors open at 6 p.m. Admission to the performance will range from $34-$48.

The Los Angeles Dodgers are playing Arizona Diamondbacks at Dodger Stadium at 7 p.m. The team is currently in first place in the NL West with The Giants just two games behind.

Felix Cavaliere of The Rascals will be performing at The Canyon in Agoura Hills. Admission ranges from $28-$38.

The USC Trojans will have their home opener versus Utah State at the Los Angeles Memorial Coliseum at 11:00 a.m. Admission for the game ranges from $45-$130.

Enjoy a private dinner prepared by award-winning chefs. Actor Timothy Olyphant will be the honored guest at the dinner, which will be held at Suzanna Goin and Caroline Styne’s celebrated A.O.C. The food will be prepared by 2016 James Beard Foundation award-winning chefs Suzanne Goin, Jon Shook, Vinny Dotolo and Dahlia Narvaez.

The 4th Annual Coaster Show & Mark Todd “Covered” is running from Sept. 5 to Oct. 2 at the La Luz de Jesus Gallery in Hollywood. The exhibit is open every Monday, Tuesday, and Wednesday from 11 a.m. to 7 pm. The exhibit is free.

Cindy Sherman’s exhibition “Imitation of Life” will be showcased at The Broad museum. This is her first showcase in nearly 20 years. With 127 photographs in The Broad Collection, it is the largest showcase of her work in the world. Running from June 11 through October 2 seven days a week, tickets to the event are $15, but tickets to The Broad are free. The Broad is open from 11 a.m.-5 p.m.

Running until Oct. 31, The Los Angeles Zoo will take you back to the time of dinosaurs with the exhibit Dinosaurs: Unextinct. Boasting 17 animatronic dinosaurs, guests will get to see what it was like when these majestic giants roamed the Earth. Tickets to the event are $20-$25 and is open daily.

Fringe Monday Night, which is a comedy show, takes place at the 1739 Public House in Los Feliz. It starts at 10 p.m., and admission is free with Public House picking up the tab for pizza and beer!

Guillermo Del Toro, who curated the Fuel for Nightmares Series, is now bringing in The Spirit of the Beehive to LACMA. This centers around a girl’s fascination with Frankenstein after she sees a film in her small town in the 1940’s. The screening is at 1 p.m. Tickets are $4 for general admission.

Monkey Town L.A. is part video installation and also part pop-up dinner. Guests will dine in a 27-foot video-cube while enjoying a five-course meal. Throughout the night, there will be live music and short films screened. The chef for the event is Momofuku Chief Nick Montgomery. The event starts at 6:30 pm and is held every Tuesday-Thursday until Oct.1. Ticket prices range from $50-$80.