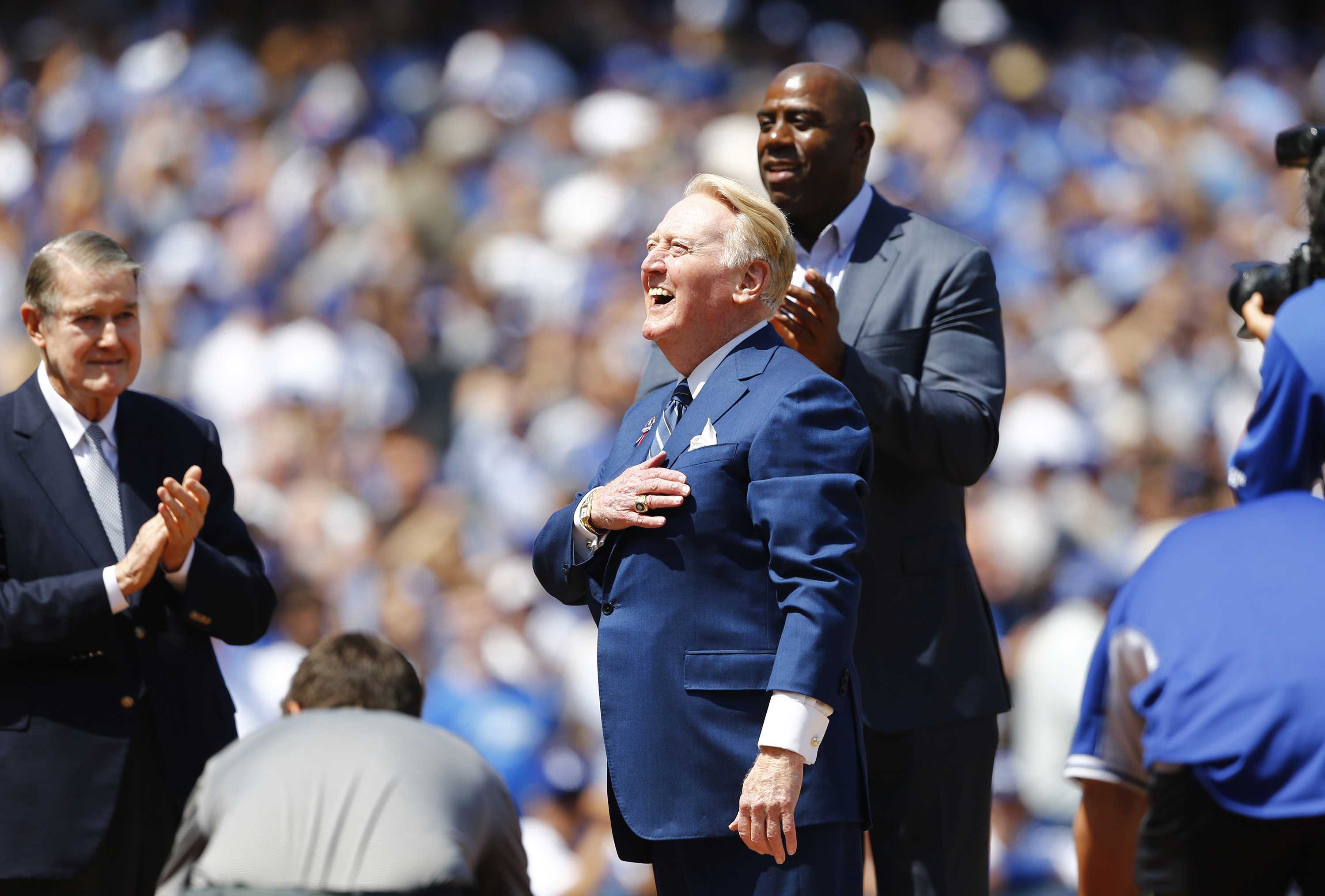 Vin Scully, 88, will be ending his tenure as the Los Angeles Dodgers’ radio broadcast announcer at the end of this baseball season. Scully has been calling Dodger games in LA since 1958, and his voice is one CSUN students will not forget.

“[Scully] is iconic for Dodgers fans just like Chick Hearn was for Lakers fans,” Victor Carr, a junior psychology major, said. “When you have someone who’s been doing such great work for so long, it’s sad to see him go.”

Scully announced his retirement August of last year in a press conference the night after he disclosed to fans at Dodger Stadium he would be returning for his 67th season. He said he did not want a glamorous farewell and that he was amazed by how long he had been broadcasting.

Senior William Rieken, a health administration major, said he is sad to see Scully go because he has been listening to him since the 1990s.

“It’s really going to be a huge change and I don’t think anyone will be able to fill his shoes,” Reiken said.

Since the Dodgers began broadcasting their games through Time Warner LA SportsNet, many fans have not been able to hear Scully. However, KTLA will air his final six games with the Dodgers.

“I’m glad the Dodgers are in first place and we can all enjoy [Scully’s] last season,” Andre Peets, a junior child development major, said.