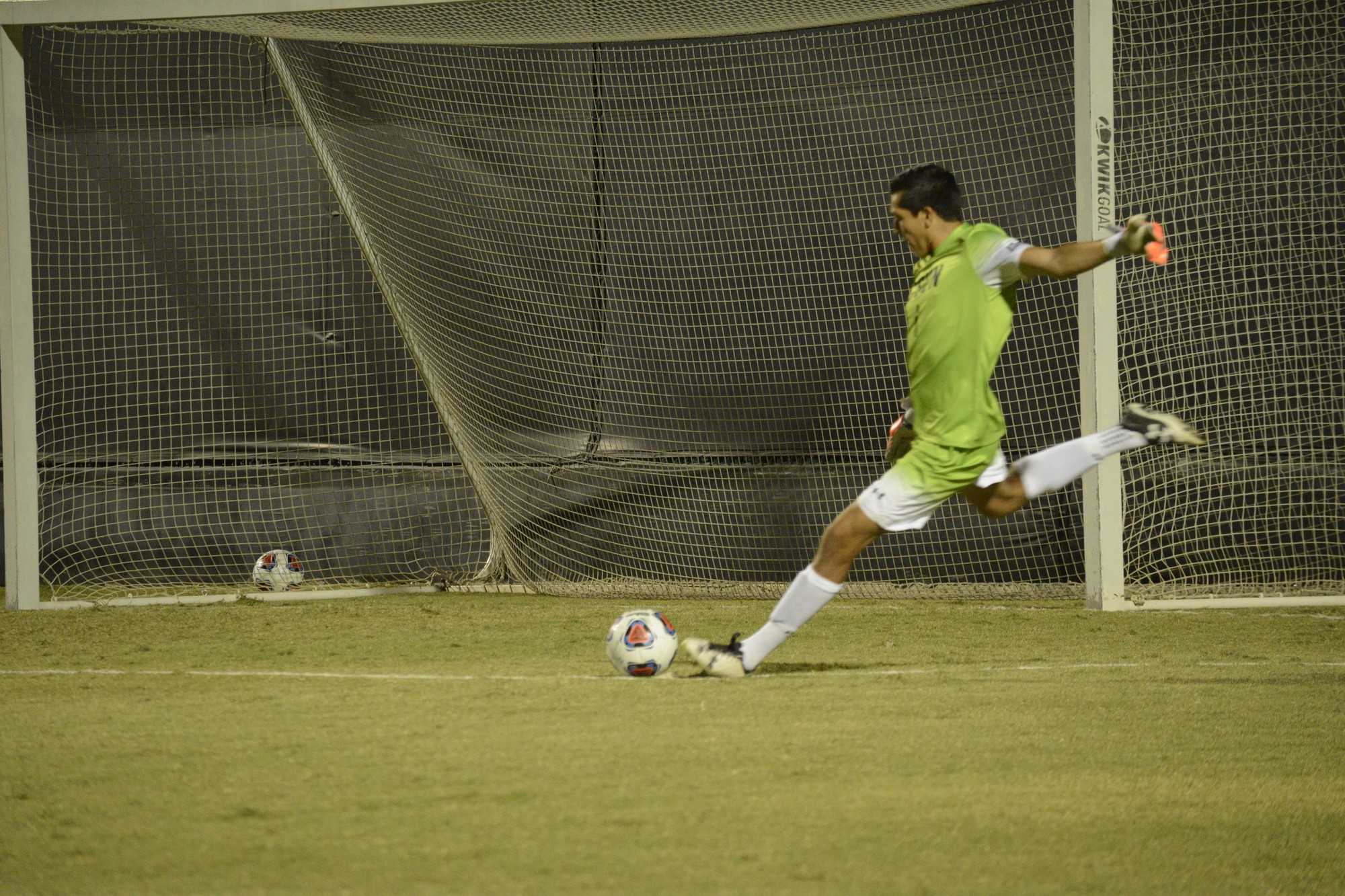 The CSUN men’s soccer team was victorious on Sunday’s game against Air Force.

On Friday against New Mexico, the Matadors were dominated in the first half of the game. This time the Matadors came out with a different attitude and looked to be more aggressive on offense.

The Matadors had six shots and three corner kicks in the half. They forced Air Force junior goalkeeper John Wendt to make more saves in the half than in the entire game.

CSUN senior goalkeeper Kevin Marquez continued to play well and kept the team from being scored against in the half with multiple saves.

The second half was a different game. The Matadors played a well even game in the first half, but in the second half Air Force was the more aggressive team.

The Matadors had only two corner opportunities and two shots, but one of those shots was a 70th minute goal by Grinde. He was able to score by beating his defenders and taking a shot from the top of the box which beat Air Force’s keeper.

Air Force created 10 scoring opportunities and had four corner kicks. Marquez was able to make stops on four of the five shots Air Force had on target.

In the 88th minute, Air Force was able to score on a header from a free kick which tied the game and it sent the game into overtime.

In the first half of overtime the Matadors had great opportunities with two corner kicks. Senior defender Shane Steffes had his shot blocked and junior forward Papi Diouf sent his shot high.

In the second half of overtime, the Matadors continued to control the game and create scoring opportunities as they looked for the goal to win the game. Diouf and Usen Jr. both had chances that went wide and blocked by the keeper.

In the 102nd minute of the game, CSUN senior forward Richard Martinez was able to take a shot from the wing which beat the keeper and gave the Matadors their second win of the season. This was his first career goal.

Marquez finished with a season high of seven saves.

The Matadors next game will be Sept. 9 on the road against Southern Illinios-Edwardsville. Kickoff is 5 p.m.