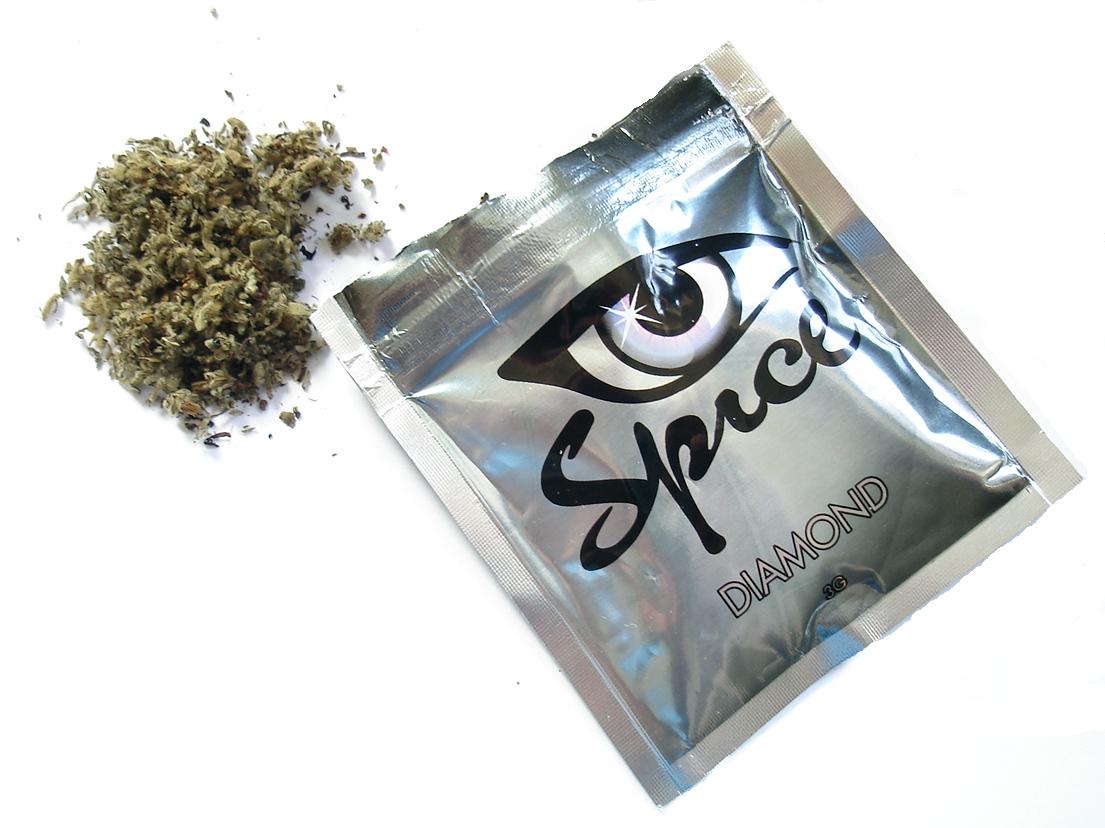 A bag of Spice

The Los Angeles County Department of Public Health (LADPH) issued a warning about Spice, a synthetic cannabinoid, after several people fell ill from presumably overdosing on the drug.

According to ABC7, 18 people appeared to have overdosed on Spice on Skid Row during August 22, and 14 of them were taken to the hospital. The incident comes just three days after a similar incident on Skid Row when an additional 18 people were hospitalized.

The warning, issued August 23, describes Spice as “a drug that is usually sprayed on dried plants, like oregano or basil. It’s sold in a solid form that can be smoked, or in a liquid form that can be turned into vapor.” The warning says Spice is sometimes referred to as ‘synthetic marijuana’ and is often incorrectly labeled as a ‘safe’ or ‘natural’ alternative to the real thing.

Many times, Spice producers are able to get around these laws because the product has to contain at least one of five different banned compounds. Producers will create products without any of these compounds and continue to market it as a synthetic cannabinoid.

According to the LADPH’s warning, Spice is dangerous because of the unknown, and possibly poisonous, chemicals being put into the products to get around using the banned compounds. They warn that ingesting the unknown chemicals could lead to dangerous health effects.

Because Spice formulas are constantly changing, and because it can be hard to tell what is in them, there is no specific treatment for those who are affected by Spice poisoning. The LADPH states that the only way to prevent Spice poisoning is by not using the drug.

According to Los Angeles Daily News, five people were arrested on September 1 on suspicion of distributing and selling Spice to the predominantly homeless community of Skid Row. Police found money, chemicals used to make Spice, and other controlled substances at the location.

An emergency motion, proposed by Councilman Mitch Englander, that asks the city attorney’s office to draft an ordinance to ban Spice use throughout the city, was passed by the Los Angeles City Council late August.

The ordinance would help crack down on those manufacturing and distributing the designer drug, which is popular among the homeless community because of its low price point. A Spice joint can be purchased for around $1.

The LADPH warning states that the possible side effects of Spice include a change in behavior, fainting, extreme anxiety, heart beating too fast or too slow, seizures, and even death. It can also lead to negative health effects for those who breathe it in secondhand. The LADPH has alerted doctors in the area to be on the lookout for signs of Spice poisoning.