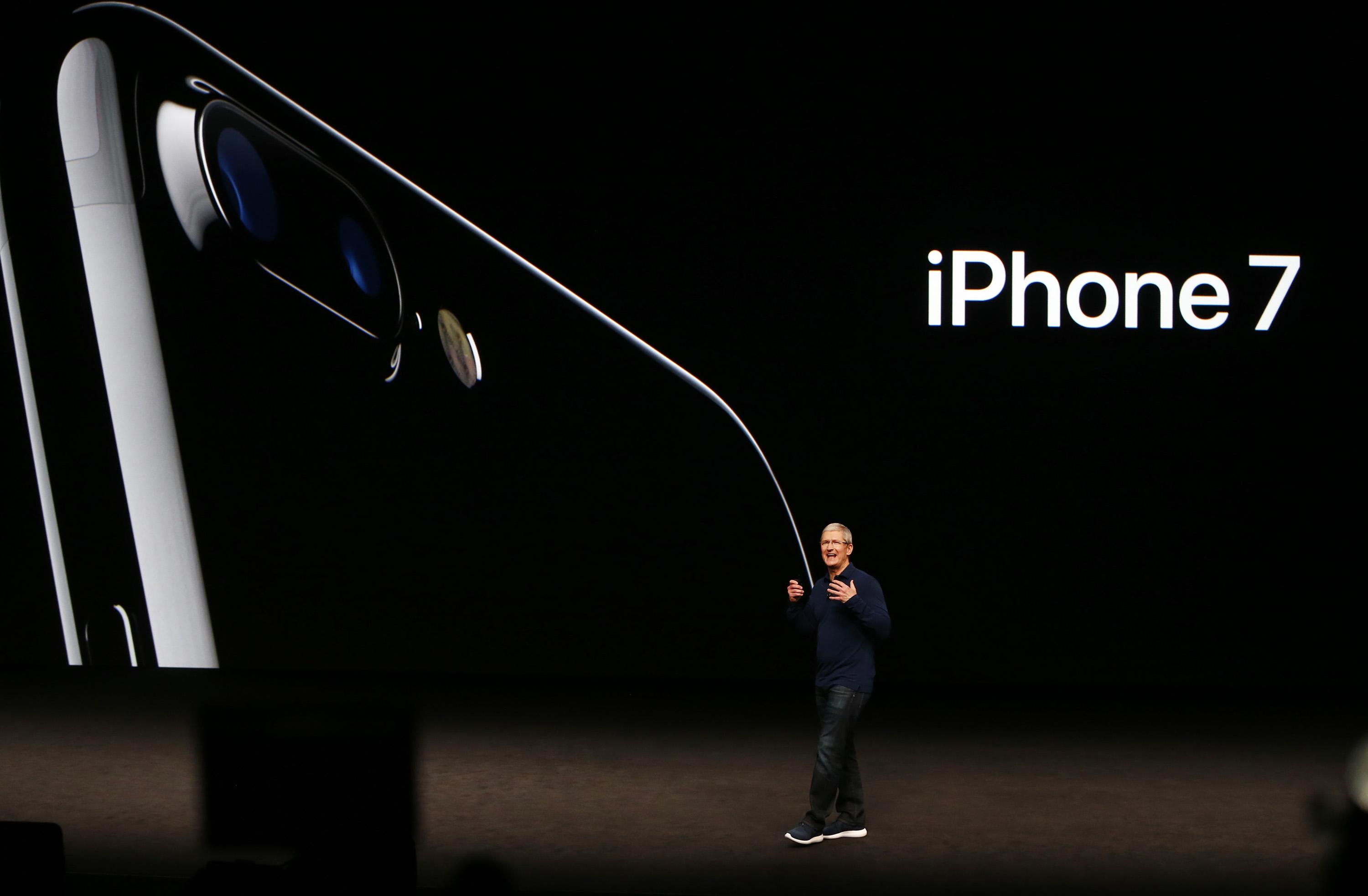 Apple introduced the highly anticipated iPhone 7 on Wednesday alongside an array of other products including the Apple Watch Series 2 and AirPods; Apple’s new wireless headphones.

Coming off of their worst quarter in over a decade with their first drop in sales of the iPhone since it’s inception, Apple is looking to come back strong with the new water resistant iPhone 7.

The new standout feature with the device is that it is now splash and water resistant.

“I think it’s pretty cool that it’s waterproof because a lot of people mess up their phones because of water damage,” said Anthony Aguilar, biology major.

Aguilar won’t be first in line to buy the new phone, but he said he would be interested in purchasing the product in the future.

Other standout features with the new device are its dual cameras, lack of a headphone jack, new stereo speaker system, and iOS 10.

Sociology major Gloria Roca wasn’t too impressed with the new improvements to the phone.

“I think the waterproof part of it is impressive, but that’s about it,” Roca said.

Although students seem impressed with the new splash and water resistant feature, most of the other new additions don’t seem to entice them.

April Vagueras, a kinesiology major, would prefer to have improvements on some of the current features rather than being introduced to new ones.

“I just feel like they don’t really improve much, they just kind of add new features,” Vagueras said.

Alongside the iPhone 7, Apple introduced Series 2 of the Apple Watch, which will be available Sept.16 starting at $269. In addition, Apple announced a new line of watches in collaboration with Nike and Hermès.

The iPhone 7 is available in jet black, black, silver, gold and rose gold with the storage capacity going up to 256 GB, which is the largest amount an iPhone has had.