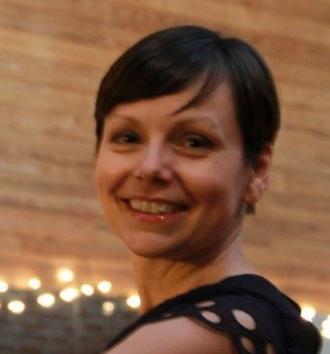 CSUN sociology professor Amy Denissen died in May at the age of 43 after a six-year journey with ovarian cancer.

She contributed extensive research to these topics, particularly focusing on women in building trades and the discrimination they face from being involved in male dominated fields. She was also a social justice activist who worked toward making the world a just place.

Also an avid swing dancer, Denissen passionately danced her way into the hearts of many.

CSUN sociology professor Ana Prata remembered Denissen as the first face she saw when she came to Los Angeles and had been close with her since.

“She was the person to pick me up from the airport that first day,” Prata said.

Prata also explained that Denissen was greatly involved with social justice and her career as a professor. She said Denissen always put her students first, which differed from most professors. Denissen’s caring nature shined through in everything she did.

“Amy not only did the talk, but she did the walk,” Prata said, as she retold a story of Denissen offering to babysit her one-year-old daughter every Wednesday evening while she was teaching a night class.

As a celebration of Denissen’s life, colleagues gathered to remember her and her legacy at a memorial service held in the USU’s Flintridge Room on Thursday morning.

Organized by the sociology department, friends and colleagues were able to speak fondly in her memory. A video was also projected on a screen that included pictures, quotes and videos of Denissen swing dancing with friends.

Prata was one of the speakers at the service and described it as something everyone wanted to keep light and happy.

“She was someone who would never bring any negativity,” Prata said. “We all wanted to devote that time to be something Amy would be happy with. She wouldn’t want to see us crying.”

Karen Morgaine, coordinated the event as a way of remembering Denissen and her accomplishments, as well as celebrate her life with those who knew her well.

Morgaine explained that although she was not too close to Denissen, she knew her from her time as a student and a colleague.

“When I was a student, she was in and out a lot because of her illness,” Morgaine said.

Although her time with Denissen was limited, she said it was clear she was a wonderful woman who had much to give.

In the spirit of Denissen’s giving nature, the sociology department will have an academic award named in her honor that is set to be given at the department’s annual honors dinner.

“Amy was an extraordinary human being. She was so full of light,” Prata said.