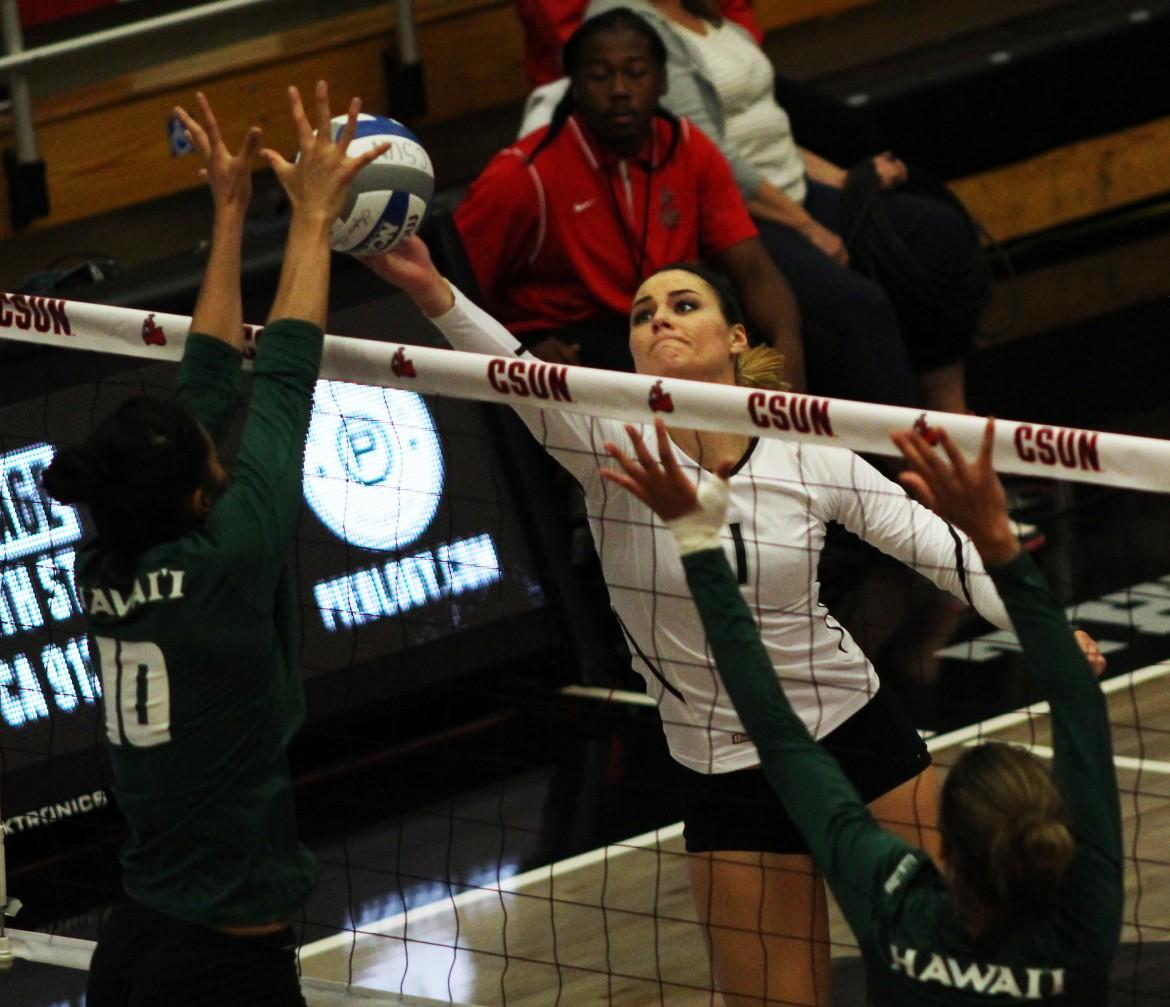 CSUN’s women’s volleyball played Eastern Washington University on Friday in the UniWyo Invitational in hopes of going one game above 500.

They came in with a record of 3-3 before the game even at a 500 percent winning percentage. Away from home, the team did not perform well going 0-2.

Early on the first set, the Eagles started the match with a 1-0 lead. The Matadors struck back to even the match at 1-1 as there was a kill by Matadors’ Nada Dragovic.

The Matadors kept switching points back and fourth, until the Eagles took a huge lead in the first set 20-13. The Matadors bounced back from the first set only trailing 20-16 with a couple of blocks by Matadors setter Lauren Conati.

CSUN lost the first match 25-19 with an attack error by Conati.

During the second set, CSUN gained momentum as they started the set 0-2, with a couple kills by Dragovic. The score stayed even on at 2-2 since both teams kept exchanging points throughout the match.

The set came to an end when Matadors’ Aeryn Owens had an attack error giving the Eagles 26-24 second set win.

The Matadors were still trailing 11-7. During the end of the third set the Matadors kept fighting. The score was at 19-19.

Once it was even, the Eagles never looked back and came back with six straight points to win the set 25-20.

Final stats included Eastern Washington dominating in kills 41-22. The Eagles had more total attack a temps at 93-79 with assists 35-21. They were both even at 3-3 services aces and the Eagles winning again in digs with a 24-20 ratio.