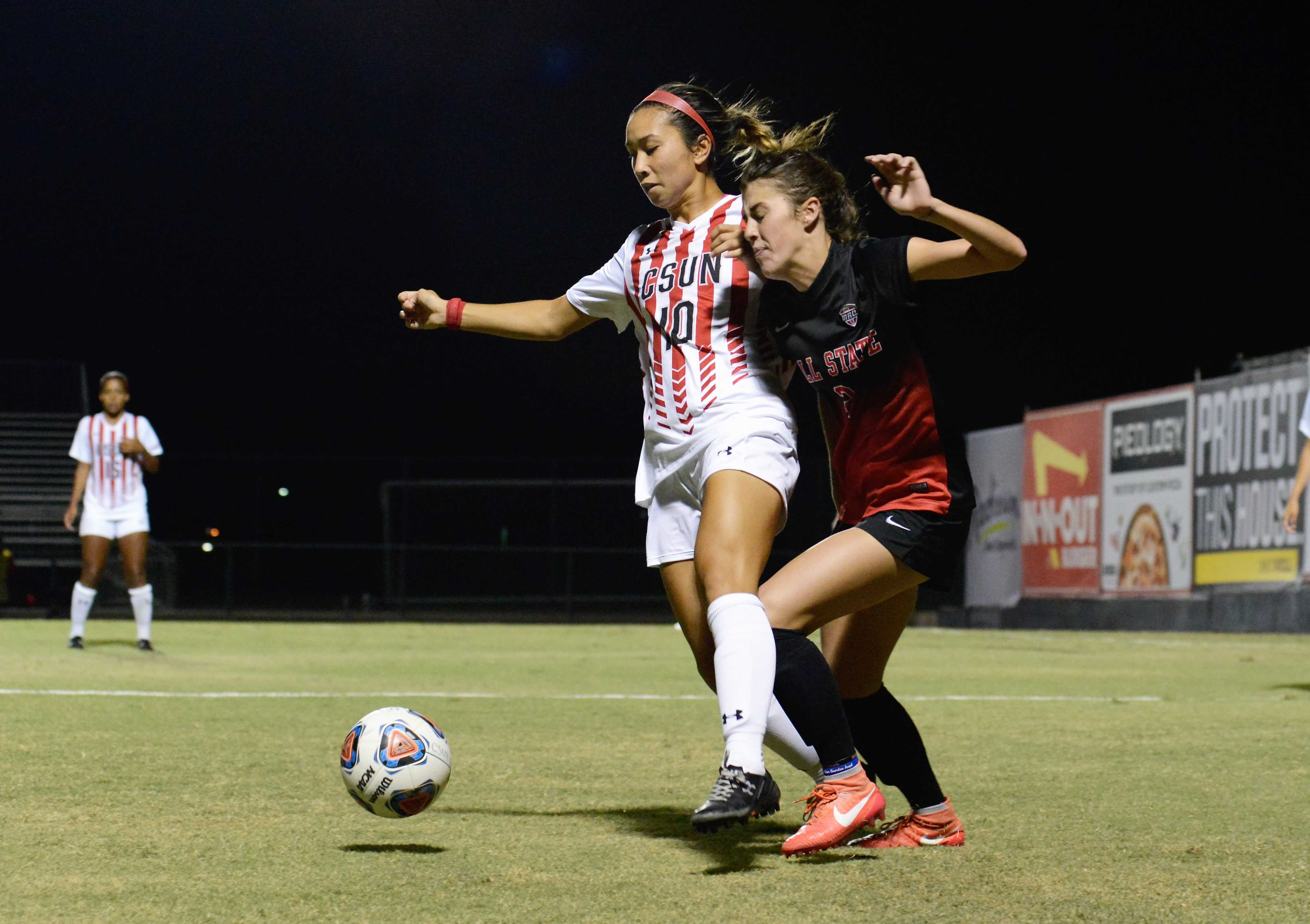 The CSUN women’s soccer team played to a 0-0 draw against San Jose State on Friday night, after taking it to overtime for a second consecutive weekend.

During the first twelve minutes, CSUN senior midfielder Taylor Hobson controlled the midfield and offered support in defense whenever the Matadors went on the offensive.

In the 20th minute, Hobson had a clean shot on San Jose State’s goalkeeper, Paige Simoneau, but it was denied.

Towards the end of the first half, Matador senior midfielder Camille Watson and freshman forward Bethany Fitzsimmons both had opportunities on Simoneau’s goal but they couldn’t capitalize.

CSUN head coach Keith West switched it up offensively for the second half and started with senior midfielder Sylvia Trinh, junior forward Cynthia Sanchez, and Fitzsimmons up top to good effect.

West expressed his satisfaction with the work rate and quality from his forwards.

“It’s just another opportunity, another threat for us when a player [Bethany] can get behind and do some things,” West said. “When the ball is not falling their [Camille and Sanchez] way, they’re not waiting for goals.”

The Matadors came into the second half with energy, as Fitzsimmons provided plenty of pressure off the ball.

“Bethany, she’s great to play with,” Watson said. “Her energy is great. I think our chemistry is there, we just need to focus on finishing the ball.”

In overtime, both teams exerted the same energy until the final minute, but the match remained deadlocked at 0-0.

“I think we’re ready for Pepperdine,” Watson said. “Tomorrow, we’ll just focus on finishing. Just the simple things that will set us up for wide open shots in front of the goal.”

The Matadors are now 3-1-2 overall. Additionally, CSUN has not allowed a goal in over 430 minutes of play.

The Matadors will host Pepperdine, ranked number 21 in the nation, on Sunday at 6 p.m.