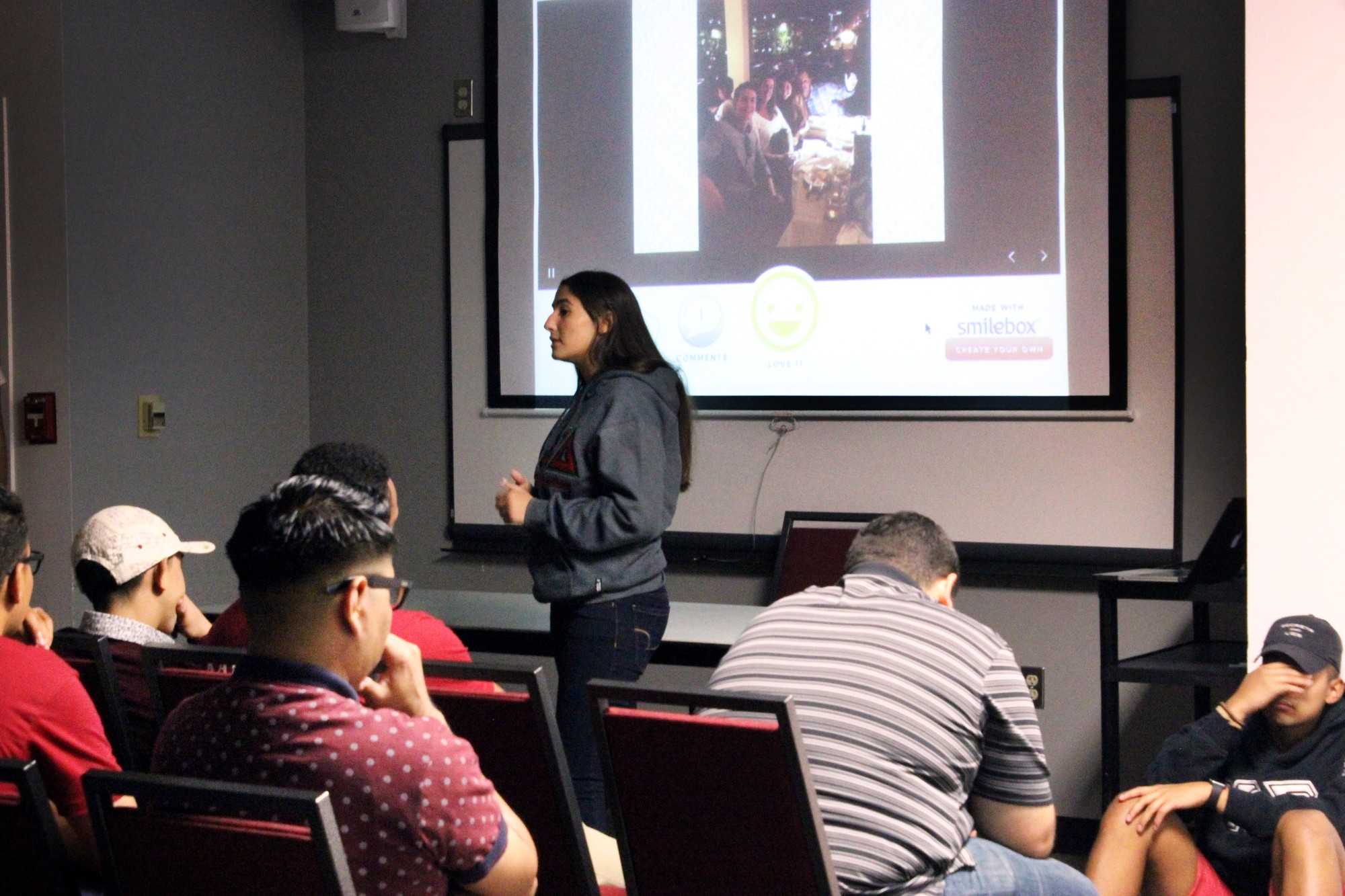 Chris Villaster woke up on the morning of August 26, by a ring. He checked his phone only to see it was Horizon Poudel, Villaster’s ‘big bro’ in the CSUN chapter of the Kappa Sigma fraternity. When he answered the phone, Poudel asked him if he was sitting down.

Poudel told him another member of their fraternity, 21-year-old cinema and television arts (CTVA) major Brad MacInnes, didn’t wake up on August 25, and had passed away.

“People say that things happen for a reason. I don’t have that mindset” Chinedu Nwongu, president of the Rho Delta chapter of Kappa Sigma said at a memorial held in MacInnes’ honor. “You can’t give me one good reason why someone who is 21, who is healthy, who has a good GPA score and is the best man – you can’t really explain to me that that person goes to bed and he doesn’t wake up.”

The cause of MacInnes’ death is unknown pending an official autopsy report, according to Nwogu.

The memorial was held shortly after MacInnes’ death in his hometown of Murrieta, Calif.,and for many fraternity brothers, it was their first time meeting MacInnes’ family.

“The more people I hear from, the more I hear the same comments about Brad. That he had a great smile which put people at ease and nearly always elicited a return smile,” MacInnes’ father said. “That he was a habitual supporter of others, encouraging many to strive for things that seemed out of reach, but often became achievable for them. Brad was truly a gentle, kindhearted soul. We miss him so much.”

MacInnes’ friends and fraternity brothers describe him as hard-working, inquisitive, and passionate.

“He would work during the day and he would hit me up at 10 o’clock at night and be like ‘Hey, let’s go study at the library,’” Villaster said. “And whenever I went to his apartment down the street, I would walk in his room and just see a bunch of notes on his desk, like I need to do this and I need to do that. He was one of the most organized people I’ve ever seen in my entire life.”

Cody Dobbins, a member of Kappa Sigma, saw the passion MacInnes had.

“He definitely had a fire in his eyes. You could see that when he came up you and he wanted to tell you an idea,” Dobbins said. “He just kept smiling like ‘Hey, check this out, look what I’ve got.’ And you would see how passionate he was about it.”

Another memorial was held on campus earlier in the week for friends and fraternity brothers who weren’t able to make it to Murrieta.

“It was more of a celebration of Brad. We went around and everyone talked about their stories and memories of Brad,” Poudel said. “… Everyone I talked to just had good things to say about Brad and everyone loved Brad. Just how much he cared about people and how much people cared about him.”

Members spoke in front of the room and shared what they loved about MacInnes. The memorial finished with a prayer circle, as they played a slideshow of MacInnes’ life.

Friends hope something positive can come from this tragedy by motivating others to do more with their lives.

“I just think his passing gives a lot of motivation to a lot of people and I think that it should help people be more motivated because he doesn’t get to graduate from college,” Dobbins said. “He just turned 21, so he missed out on a lot of experiences. Now when I see my family and brothers, I don’t really give them a handshake, I just give them a hug because you never know.”

*The previous version of this article stated that MacInnes didn’t wake up on August 26, this has been corrected to indicate that it was on August 25.