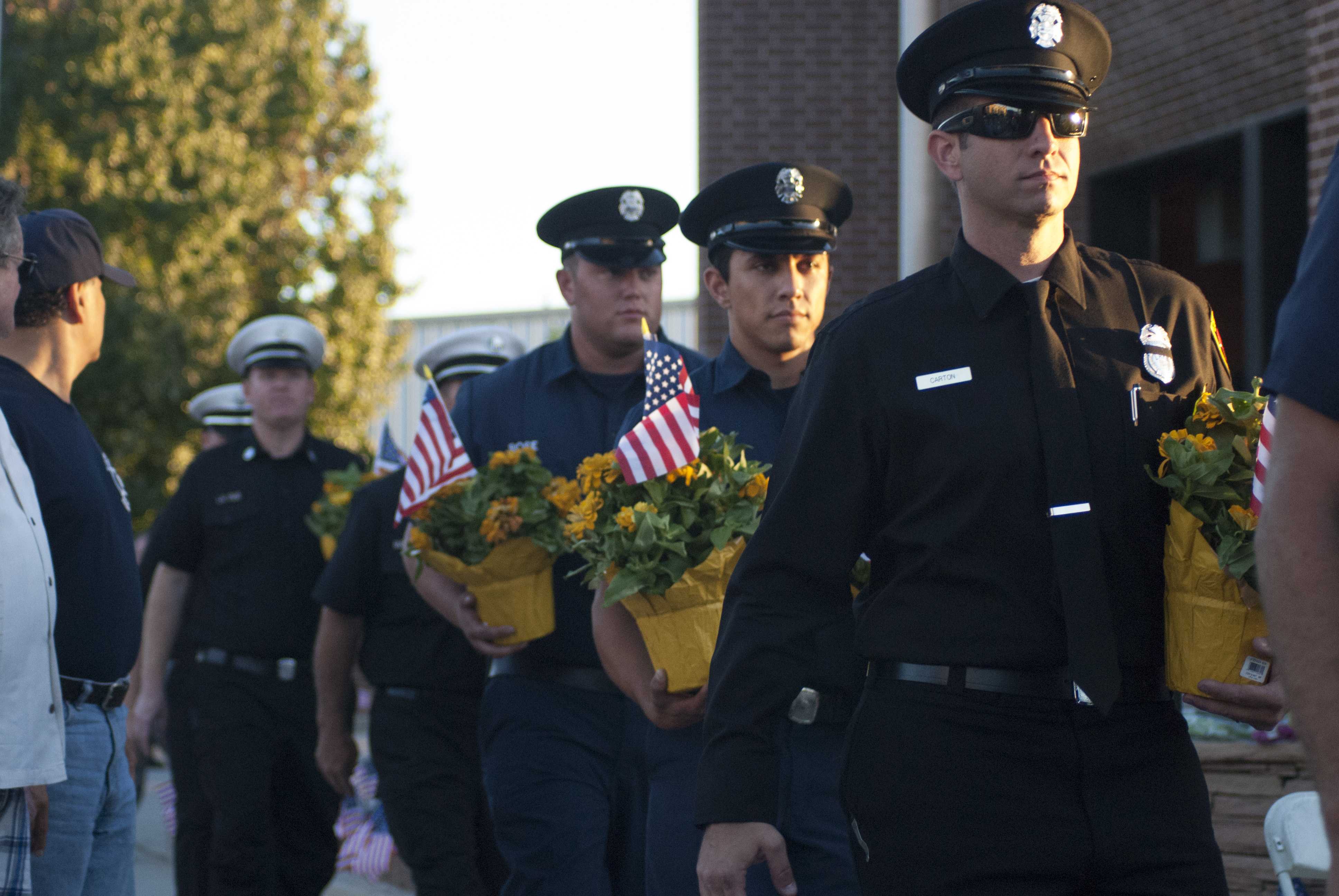 The Los Angeles Fire Department Fire Station 88 hosted a 9/11 memorial yesterday to honor those who died in the search to save people during the attack.

The event has been going on for about 12 years and revolves around the 9/11 Memorial Fountain that was built on station’s property. The fountain contains a piece of steel from the World Trade Center and a piece of the Pentagon.

People from different parts of the community came to show their support and many said they still couldn’t forget what they were feeling during the attack 15 years ago.

Mark Steinmetz, a Sherman Oaks resident, explained how he didn’t know how to process what happened when the planes crashed into the World Trade Center.

“I was really scared,” Steinmetz said. “I have a lot of work colleagues in New York and I didn’t think about what the big picture meant, that this was global terrorism.”

LAFD Chaplain, Captain Rick Godinez, explained how he was deployed to Ground Zero a few days after the attack and spent 12 days there helping in any way he could.

“I saw a lot of patriotism in the days to follow and saw our country really come together united,” Godinez said. “And it’s awesome to see that 15 years later, people are still remembering.”

The ceremony concluded with a prayer from Godinez and a message from 9/11 memorial coordinator Carrie Konjoyan.

Konjoyan said 14 years ago she volunteered to help build the memorial fountain which was only possible because of the donations made from hundreds of other volunteers.

“We had to do something, all of us,” Konjoyan said. “We can’t forget the first responders who risked their lives daily and the ones who died. We can never forget them.”