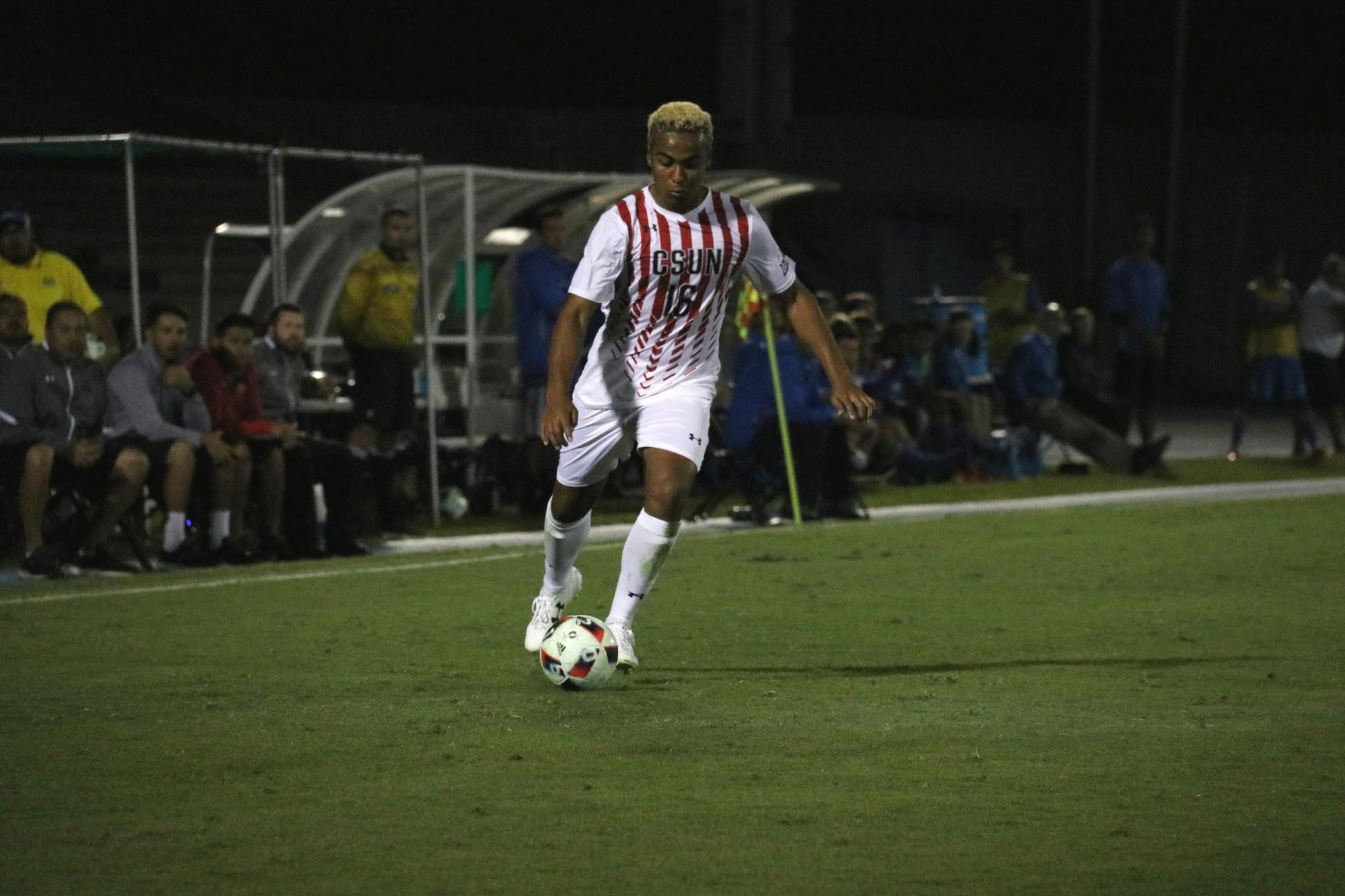 The Matadors took more shots, corners, and saves in the first half compared to the Bruins. Unfortunately, having an advantage of 8-6 in total shots, the Matadors were unable to test UCLA keeper Juan Cervantes who had only made 1 save in the half.

The Matadors closest shot to a goal was in the 34 minute mark when freshman player Edwin Quiroz made a shot, but was blocked by the keeper.

The first goal came in the 11th minute by forward Willie Raygoza who received a pass and was able to score inside the box. The second goal came in the 24th minute when defender Matthew Powell was able to push the ball into the back of the net on his own blocked shot. The first half ended with the Bruins up 2-0.

The Matadors came out in the second half more aggressive and not ready to give up, regardless of the lead the Bruins had. In the 46th minute, freshman forward Bar Shem Tov was able to force the Bruins keeper into a save.

As promising as the opening looked, the Bruins took control of the game. They held the Matadors to five total shots with only two on target and two corner kicks in the half.

UCLA had five total shots and three were on target plus six corners. The Bruins defense didn’t allow the Matadors to contest their keeper until the 72nd minute when senior defender Patrick Hickman headed the ball on a corner kick.

After 90 minutes in Los Angeles, the Matadors fell 4-0 and look to rebound after this loss when they visit Utah Valley on Saturday.