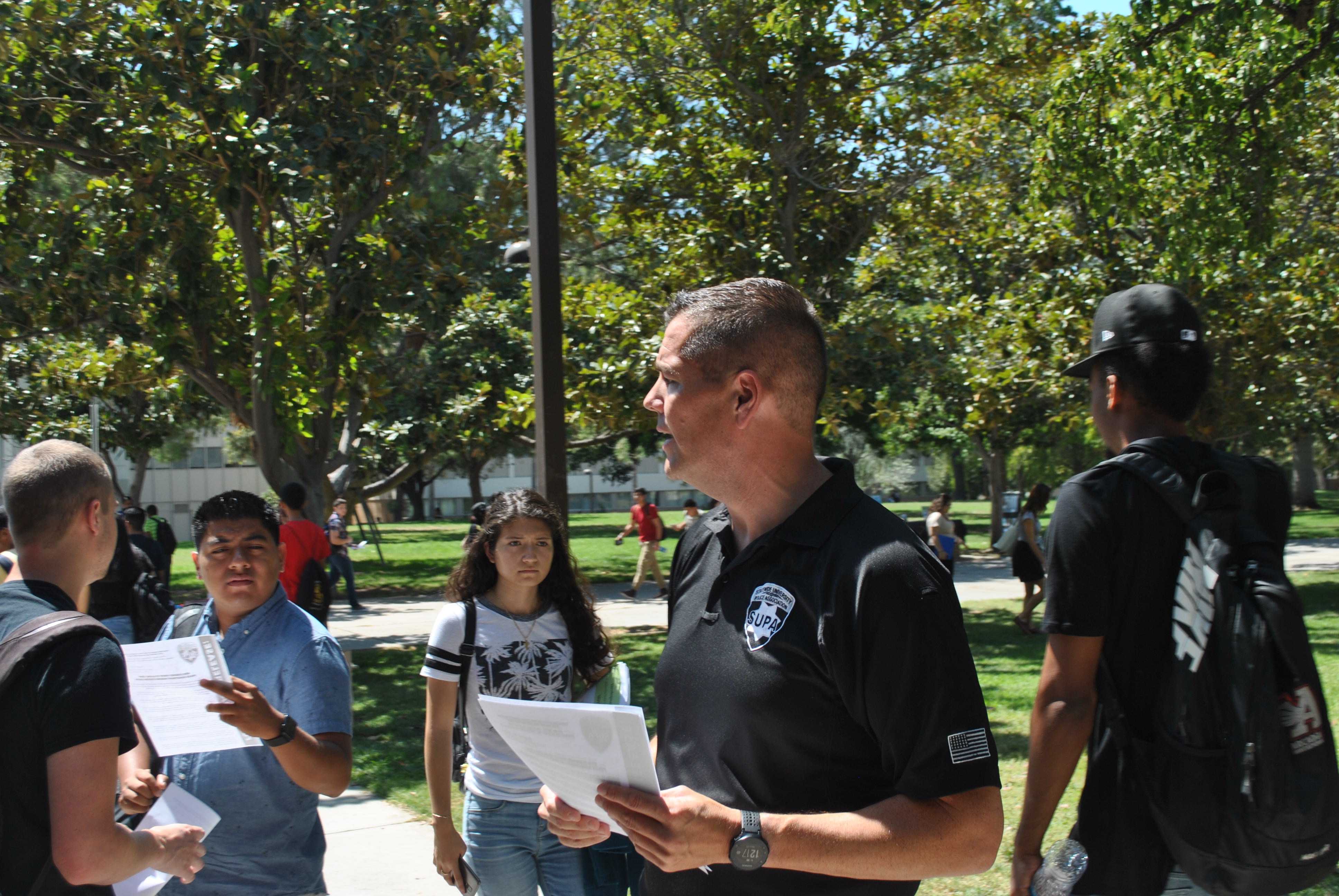 Jeff Soloman, president of the Statewide University Police Association (SUPA), has made it his mission to inform the CSUN community of an alleged illegal practice being instituted on campus, requiring police officers to write 10 parking citations a month.

According to Solomon, CSUN Police Chief Anne Glavin has taken disciplinary action against officers who have failed to meet this monthly quota.

Solomon was seen earlier in the fall semester handing out flyers and speaking to students about this alleged policy which he believes is profit driven and poor use of officers’ time.

While these claims have yet to be corroborated, three police officers have filed a lawsuit against the California State University Board of Trustees and the CSUN Police Services, citing illegal disciplinary practices.

Glavin, who was personally named in the complaint, has been out of town and unable, as of yet, to make a comment.

Colin Donahue, however, vice president and CFO for Administration and Finance, and the person who Glavin reports to, has responded to the allegations brought forth by SUPA.

When Donahue was asked if parking quotas exist, he didn’t hesitate to answer.

“Absolutely not,” Donahue said. “The DPS (Department of Police Services) has never had a parking citation quota for any of its officers, any claims to the contrary to that, are inaccurate.”

In fact, Donahue claims that the relationship between the administration and the police force is typically very positive. When asked how he would evaluate Glavin’s performance, Donahue again answered very decisively.

While Donahue may have given Glavin a good performance review, Solomon on the other hand has not only expressed a discontent for alleged illegal practices being instituted within the police services at CSUN, but has also taken it upon himself to spread awareness about the many officer complaints filed against Glavin.

“We’ve had a lot of problems with this chief, probably the most amount of officer grievances filed here on this campus than all other CSU campuses combined,” Solomon said. “…they (police officers) felt so strongly about it, they filed a vote of no confidence. Why the campus administration is keeping that police of chief here with those kind of practices, is insane. She has to go.”

Until this matter is settled in court, the CSUN community can only speculate as to what is really going on with the police force.