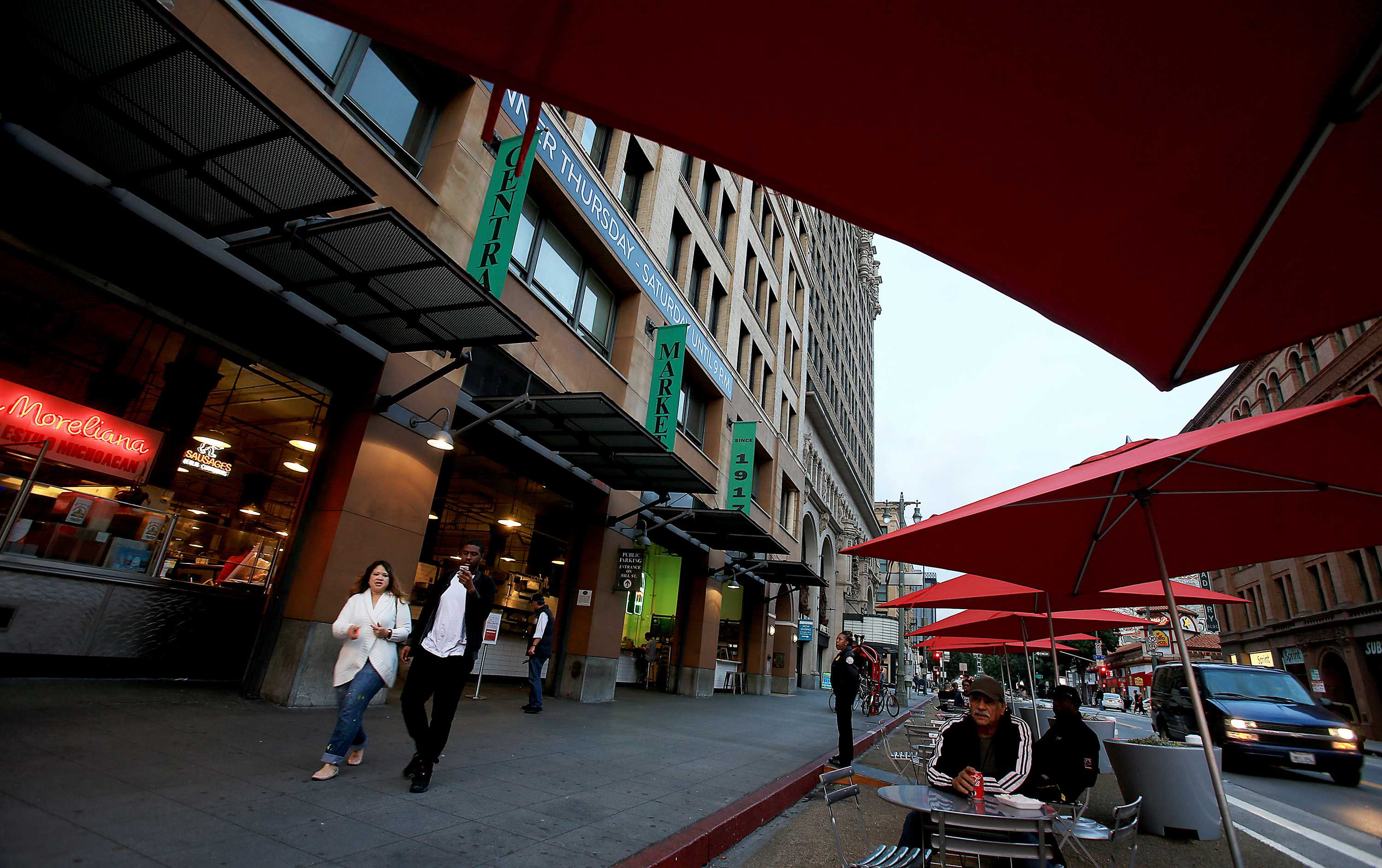 Umbrellas and chairs for dining along Broadway in front of the Grand Central Market in downtown Los Angeles. (Luis Sinco/Los Angeles Times/TNS)

Join Paley Fest as they preview some TV Show pilots and have a panel discussion with the cast and creators of the shows. Featured shows of the night include This Is Us, The Good Place, and Timeless. Tickets can be purchased through Ticketweb.

“Radio Picture Show” at The Virgil

Join hosts Shauna McGarry, Lauren Cook, and Marion Hodges for a night of comedic storytelling and singing, as the hosts ask for the guests to integrate songs and images into their stories. Tickets can be purchased through Eventbrite.

Jeffrey Bowan, AKA “Bingo Boy” of Hamburger Mary’s, will be hosting the event for a night of wild fun. Bowman has put a twist on the game, and will be joined by Drag Queens, including William Belli, of RuPaul’s Drag Race.

Join the LA Zoo in a special after hours concert series with a night out and a special Tribute to David Bowie and Prince. Tickets can be purchased through Eventbrite.

Ghost Town at The Riff

Join local LA Rock/Electronic band Ghost Town as they perform live as a Guest DJ set at All Time Low guitarist’s Bar The Riff, in Hollywood

The newest flea market in LA with an artisan/craft-focus vibe has hit the streets of LA. There’s a handful of vendors selling handmade trinkets, vintage clothing, cosmetics, jewelry ,and so much more. For more info, check out Artists and Fleas official website.

Come out for an evening of Expanded Cinema in 16mm, where you are invited to have a picnic, sip wine, and enjoy a great movie. The featured films for the night will feature the greatest experimental filmmakers. Tickets can be purchased through The Cine Family.

Ben Phillips at The Teragram Ballroom

UK Viner Ben Phillips will be bringing his comedic style to The Teragram Ballroom. Tickets can be purchased through Ticketmaster.

40 years ago The Ramones released their self-titled debut album, and created Punk. Join the Grammy Museum in a two-part exhibit showing how The Ramones shaped music history and Pop Culture. Tickets can be purchased at The Grammy Museum.