Battle of The Broth 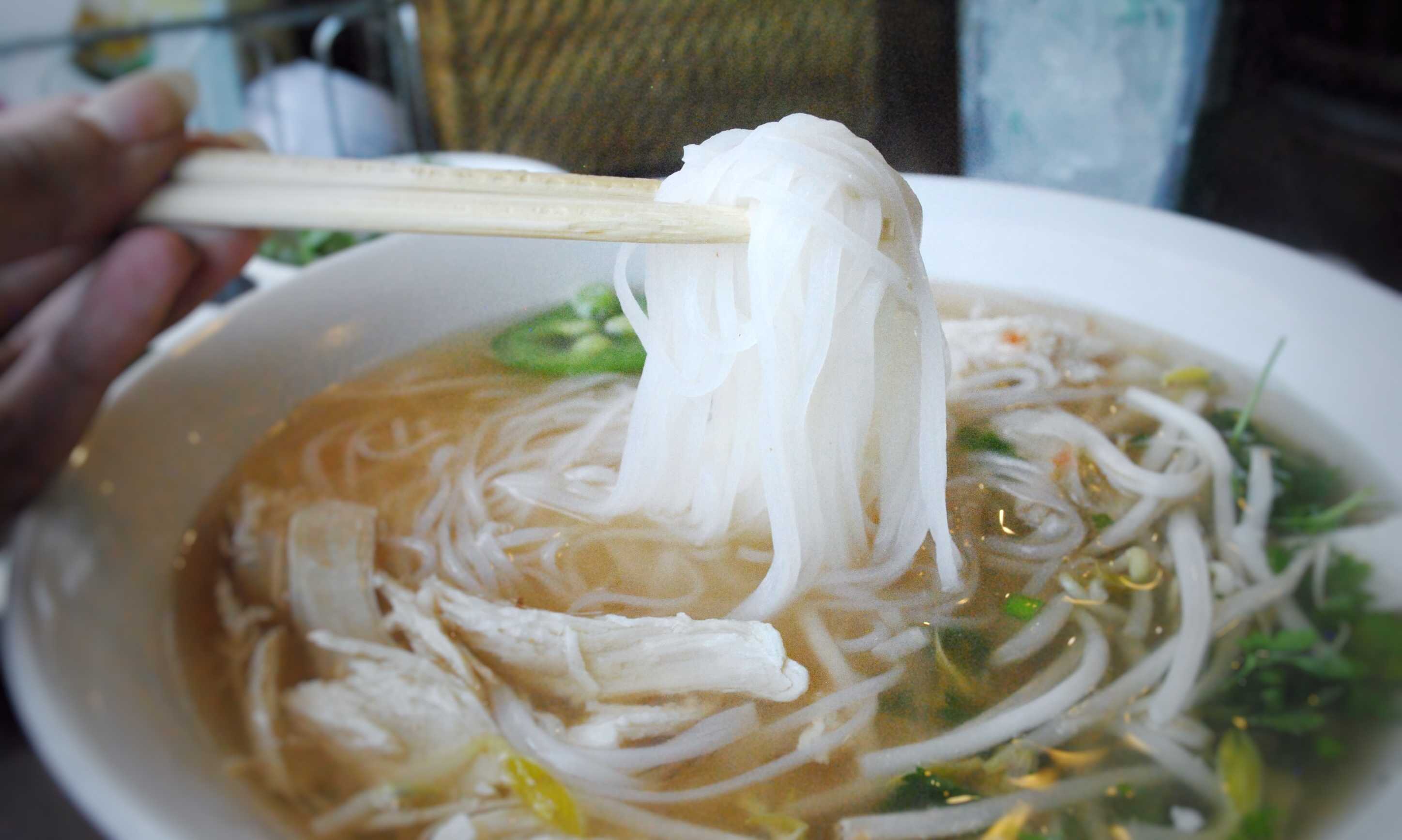 The nights are becoming a little nippy and your friends want to grab a bite to eat: one friend wants pho and the other wants ramen. Everyone decides, except you. Which raises the boiling question on which soup captures our hearts and appetites: ramen or pho?

Of course, restaurant ramen’s one and only tag-team partner is “Instant Ramen” when it comes to beating the Vietnamese soup. “It’s classic college food,” food science major, Jake Hagen said. Geography major Kevin Ryan, also prefers ramen. “It’s versatility [allows it] to be cooked in a variety of ways outside of the ramen soup that we all know,” he said.Without a doubt, it’s everything that college students favor. It’s quick, easy and incredibly cheap.In order to know which flavor to favor, it all comes down to the noodles, broth and what’s on the soup. So, let’s get cookin’ and stir up this competition.Restaurant ramen consists of Chinese wheat noodles, thick, cloudy broth, meat or fish and vegetables (bean sprout, bamboo shoot, seaweed and green onions). If you were to visit any ramen house/restaurant, like Futaba Ramen, located on Nordhoff Street, you’d notice that Ramen has a variety of flavors, broths and meats.

Ramen is considered a popular dish in both Japan and the United States. So much so that instant ramen was named the greatest invention ever among adult Japanese in a poll by the Fuji Research Institute.

Japan has let the world know how much the country truly appreciates instant ramen. Only for instant ramen, there is a museum in Japan called “CupNoodles Museum,” where visitors can sample over 5,400 flavor combinations that are on display. However, the inventor of ramen, Momofuku Ando, went above and beyond to make “Space Ram” which could be consumed in space. What made the soup last was the thick broth that prevented thinning out.

But for some students, pho is a more desirable and healthier option. Child development major Brian Pang enjoys it because it’s “not too heavy compared to ramen.”

The Vietnamese rice noodle soup that’s thinner and less heavy than its opponent consists of herbs and various meats. The broth is somewhat transparent and sweeter.

If you enjoy choosing how much or how little of everything you want on your soup, then the pho dining experience is for you. Herbs and condiments are served on a separate plate before the noodle soup as well.

Many students admitted to never trying pho. Students are in luck however, since Northridge has plenty of Pho restaurants to visit, like Pho 22 located on Reseda Blvd. and Superior St.

The winning dish of this battle, according to CSUN students, is ramen.