Banned Books: Read All About It 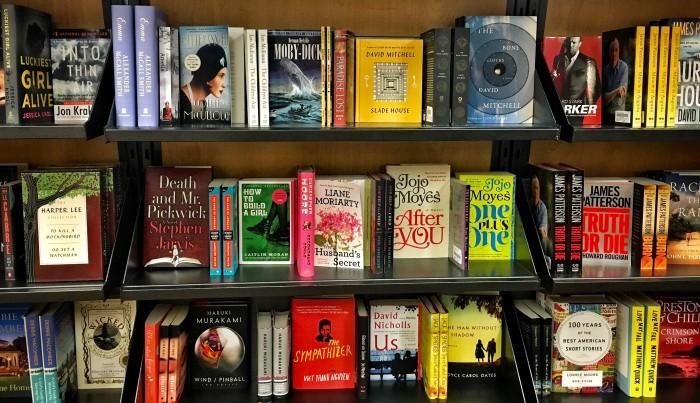 Students will have the opportunity to read and present theatrical readings from commonly banned books on Sept. 30. To celebrate its values and information, The Banned Books Readout will feature many novels and will take place in the Oviatt Library.

“Looking for Alaska” by John Green is about Miles “Pudge” Halter living in a mundane life and leaves for Culver Creek Boarding School in Alabama. Inspired by Francois Rabelais’s “The Great Perhaps,” he hopes to seek adventure of his own.

Another famous, yet risque trilogy that will be featured at the event is “Fifty Shades of Grey” by E.L. James. It unveils the complicated and deepening relationship between a college graduate, Anastasia Steele, and mysterious business man, Christian Grey.

“Beyond Magenta: Transgender Teens Speak Out” by Susan Kukli presents six transgender or gender-neutral young adults as they open up about their personal journey and life experiences. Each discusses family dynamics, heartbreaking outcomes, and emotional hardships during their transitions.

“I Am Jazz” by Jessica Herthel will also be accessible as it tells the story of a transgender child, Jazz Jennings, and how she became the spokesperson for many trans people.

For Sherlock Holmes lovers, “The Curious Incident of the Dog in the Night Time” by Mark Haddon will provide students with an adventurous read as young Christopher John Francis Boone solves mysteries of murder of Wellington, the neighbor’s poodle. Set in 1998 in England, Boone investigates the murder while uncovering many secrets.

The graphic memoir, “Fun Home” by Alison Bechtel will focus on her relationship with her parents, Helen and Bruce and follows the death of her father.

Craig Thompson’s graphic novel, “Habibi,” opens the minds of students as they will read about the fictional Islamic fairy tales and the relationship between two escaped slaves, Dodola and Zam.

Another novel that will be featured is based on a true story, where students will feel the heartache of young Nasreen in “Nasreen’s Secret School” by Jeanette Winter. After her parents were taken away by the Taliban, she spends most of her time at the school, where she feels most comfortable.

John Steinbeck’s classic novel, “The Grapes of Wrath,” introduces the Joad clan and their hopes of creating a better life in California. Along their way, they meet multiple families and realize living the American Dream is not what it seems.

Best-selling author David Levithan tells a story based on true events about Harry and Craig in “Two Boys Kissing.” The two 17-year-old teenage boys challenge each other in a 32-hour marathon of kissing in hopes to set the Guinness World Record.

More iconic and popular novels such as “The Color Purple” by Alice Walker, “The Great Gatsby” by F. Scott Fitzgerald, and “The Catcher in the Rye” by J.D. Salinger, will also be accessible to the book community.

The Banned Book Readout will be held in the Oviatt Library between 12 p.m. and 2 p.m. Attendees will need to fill out an an RSVP form and submit it on the CSUN website.