Matadors too much for Ramblers 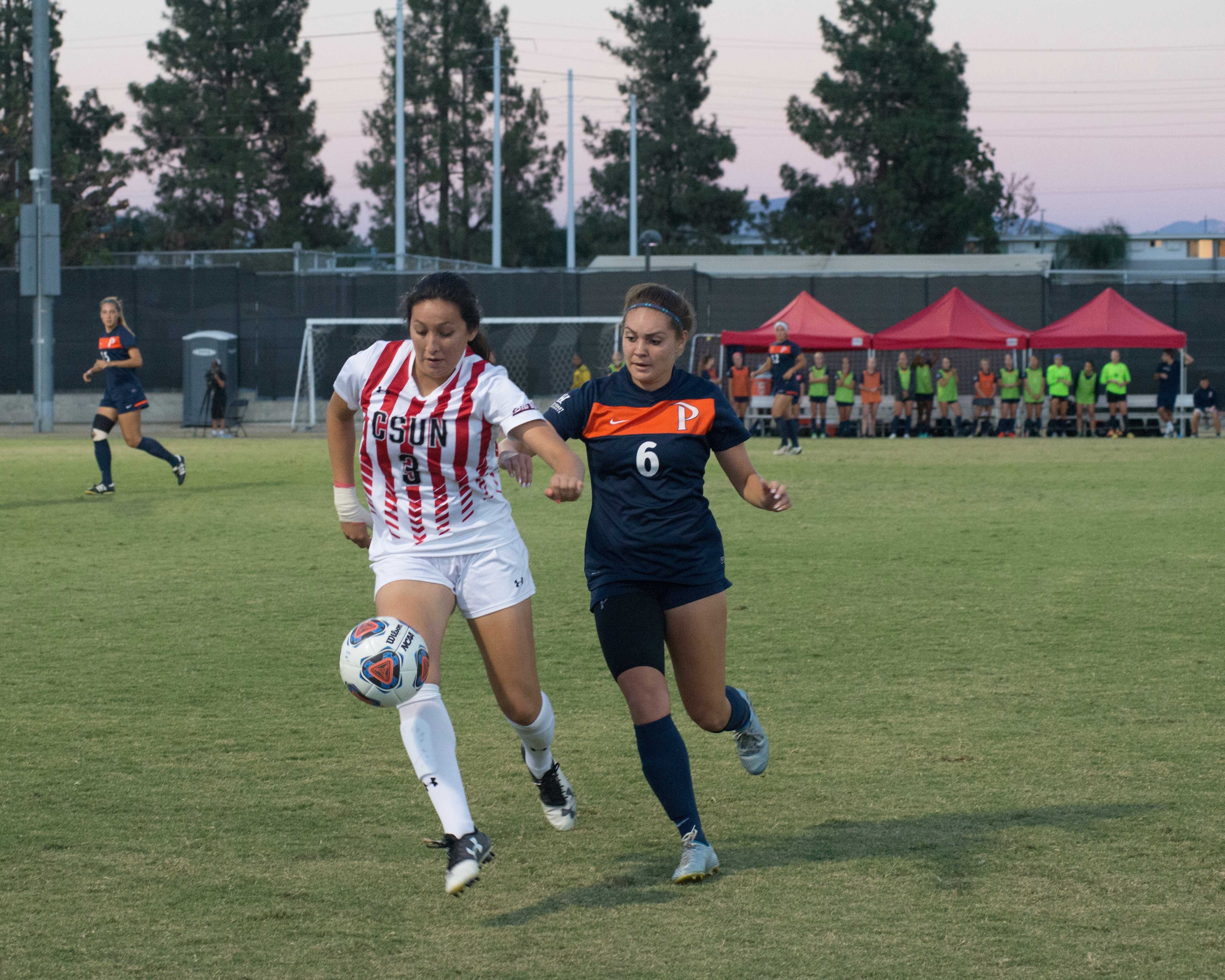 Marissa Favela, left, tries to get possession of the ball from Christina Settles, right, of Pepperdine on Sept. 11. Photo credit: Sundial Alejandro Aranda

In their first game of the Marquette Invitational Tournament, the CSUN women’s soccer team pulled out a 2-0 win over the University of Loyola Chicago Ramblers on Friday night.

The Matadors came out in the first half and made the Ramblers play to their style. They took 10 shots, forced four save,s and had two corners in 45 minutes of play.

They held the Ramblers to only two shots and two corners. The Matadors started to take control of the game in the 16th minute when senior midfielder Camille Watson’s shot went wide.

After that attempt, the flood gates opened and the Matadors saw attempts from senior midfielder Sylvia Trinh, whose header was blocked, and junior forward Cynthia Sanchez whose shot went wide of the goal.

In the final 10 minutes of the first half, the Matadors saw attempts by sophomore midfielder Marissa Favela, whose shot was wide, and freshman forward Bret Guarino whose shot was blocked. A header by Guarino went wide.

The Ramblers best chance to score came in the 17th minute when senior defender Shelby Koch was able to connect on a corner kick but saw the ball hit the crossbar. The Ramblers did not see an attempt again until the 31st minute when freshman midfielder Ari Banks sent her shot wide.

In the 59th minute of play, the Matadors broke the 0-0 deadlock when Trinh found senior midfielder Kourtney Kutscher who beat the keeper and gave the Matadors the lead.

After that, the Matadors continued to push for a second goal. They created five more scoring opportunities, but their shots went wide or were blocked.

In the 71st minute, CSUN sophomore forward Justine Silvers latched onto a blocked shot and sent the ball into the back of the net to put the Matadors up two goals to none.

The Matadors defense would hold as they recorded their sixth straight shutout.

The Marquette Invitational will continue as the Matadors will take on Marquette University on Sunday Sept. 18 at 11:30 a.m.