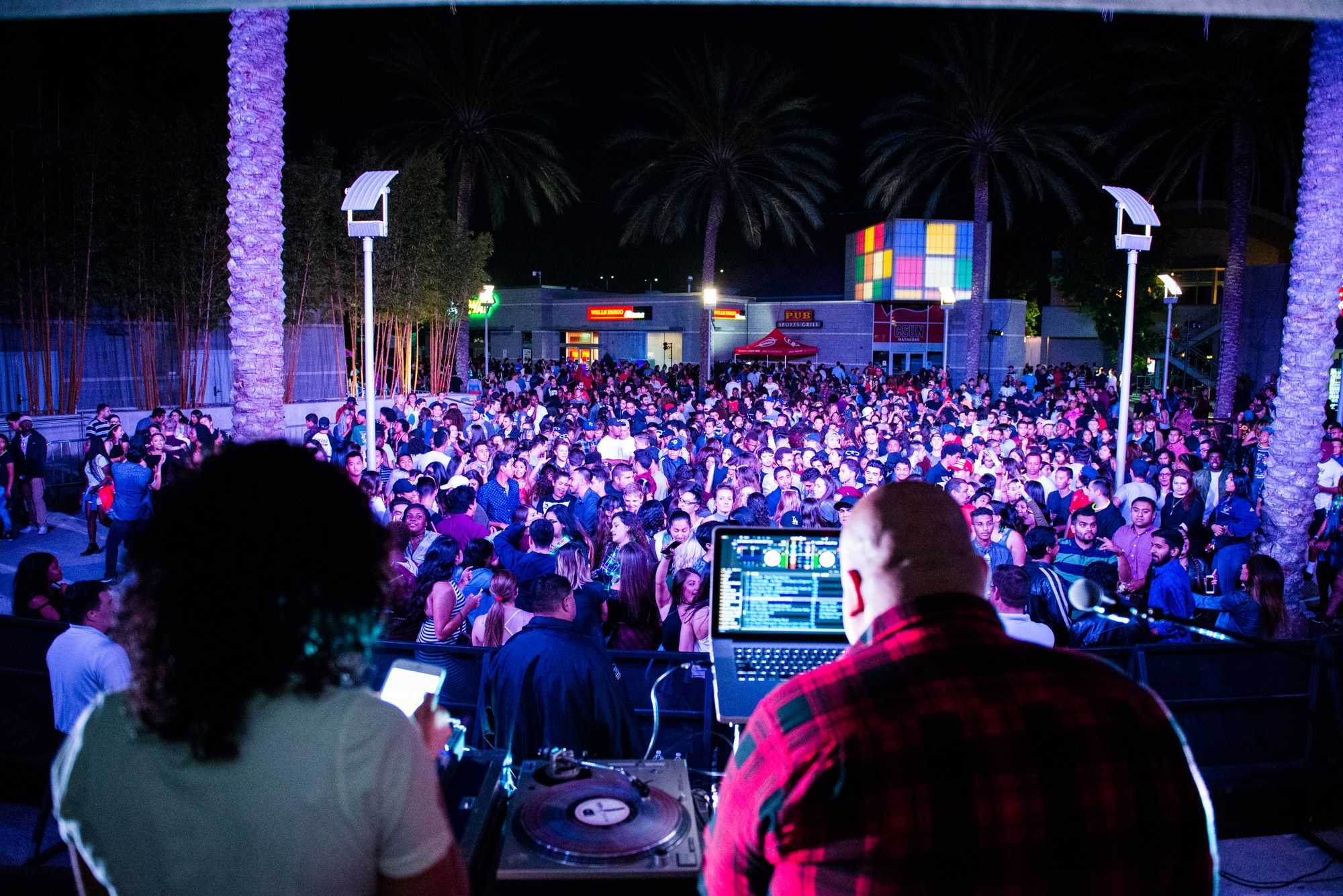 CSUN students were taken on a trip down memory lane at Matador Nights 2016 presented by the University Student Union .

This semester, the party was 90s themed and threw its guests back to the funky fresh era many of them grew up in. Fashion trends from then were present all night with must-have styles varying from neon windbreakers, overalls with one strap worn, crop tops, bandanas, and vintage jeans.

The USU provided several activities for students, including an arcade with retro games such as Street Fighter, Tetris, and Dance Dance Revolution; with mini golfing next to the Oasis Wellness Center. A music shop with choice releases from the decade, glitter tattoo station, candy shop, giant slide, and photo booth were all available for students to enjoy.

“The arcade was really cool with all of the old games,” said Carolyn U., 21, political science major, as “Tearing Up My Heart” by NSYNC blared through the speakers.

Partygoers found themselves in the Bayside High School hallways from “Saved by the Bell” where a black A.C. Slater jersey hung in the high school display case. Next door was an installment of what a 90s room may have looked like with boy band and TV show posters all over the walls and a lava lamp resting on the dresser.

“I’ve never been to any of the school events, but I’m glad I came to this one,” said Carolina Blanco, 21, journalism major with an emphasis in public relations.

Students put their best foot forward in the Roller Rink room while music videos played behind them. Later in the evening, DJ Mix Master Mike of the Beastie Boys did the honors of showcasing his scratching skills on his turntables and smoothly mixing old and new party jams.

Brittney Austin, 23, psychology major, knew most of the songs being played and was impressed by the event.

“I loved the theme, it took me back to my own childhood,” Austin said. “I think being a 90s baby is so big right now that the theme resonated well.”

Although most of the guests wore normal attire, Austin attempted to dress accordingly to the theme. She wore a camouflage jacket, high-waisted jeans, and a halter top.

Having DJ Mix Master Mike was a highlight of the night for Austin.

“It’s cool that they [USU] went out of their way to find a DJ that fit the theme and catered to it,” Austin said.

Matadors experienced a real-life flashback Friday, all while celebrating nostalgic music and fashion. Here’s a visual look at Matador Nights 2016.