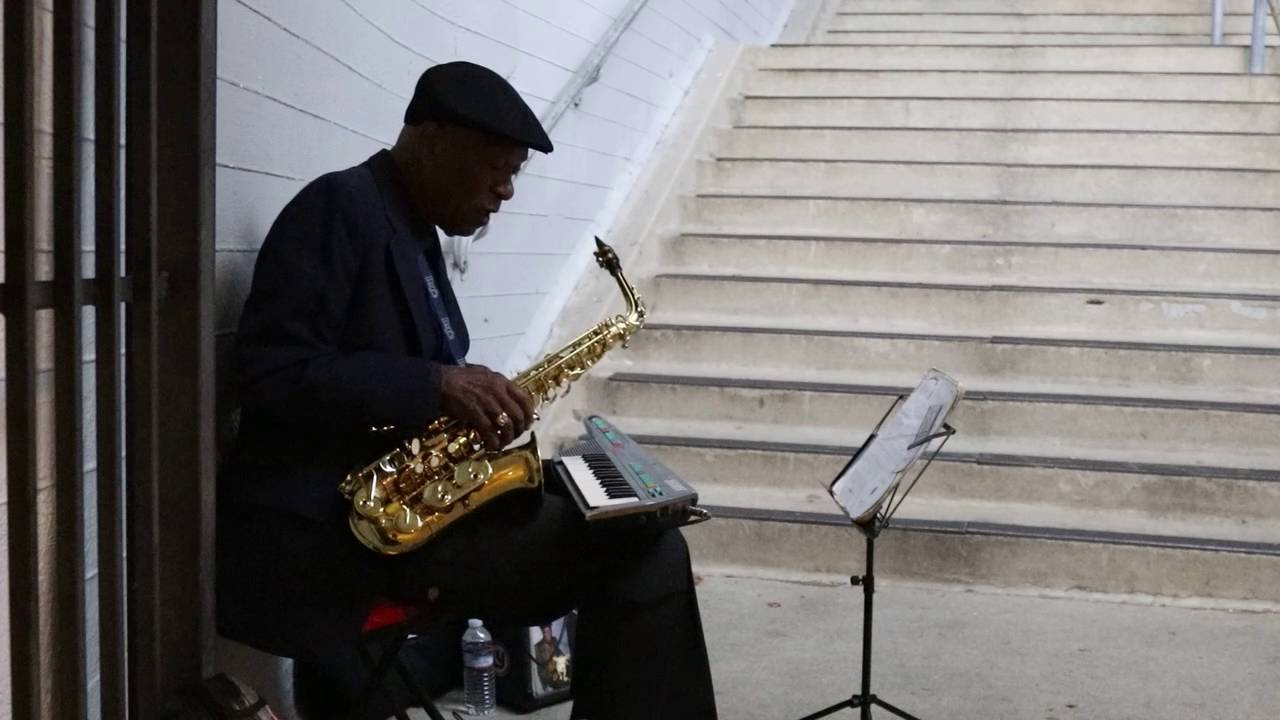 The tunnel leading to the Hollywood Bowl is empty of people, yet full of melodic sounds and sweet smelling incense. It’s 8:47 p.m.

The tranquil tones of a saxophone gently reverberates throughout the tunnel and echoes off its walls. As you walk closer to the source of the music, you see a silhouette of a man in the distance, seated in front of a music stand, playing a shiny golden saxophone.

Who can it be?

It’s Kenny “The Sax Man” Warfield and he plays sultry jazz music to the delight of those going to and coming from the iconic Hollywood Bowl. Warfield has made this tunnel his stage for over 33 years.

Warfield is a jazz saxophonist who makes his living playing music at the mouth of the tunnel leading under Highland Avenue and out to the Hollywood Bowl.

The Hollywood Bowl stage has been host to some of the most talented jazz musicians and bands of all time, from Miles Davis to Herbie Hancock, to CSUN’s very own award winning jazz “A” band, which played in June at the Playboy Jazz Fest.

While a tunnel makes for an unconventional venue, Warfield plays that element to his forte.

“I have the ambiance of the tunnel… the ambiance gives you a tone, gives you something to work with.” Warfield said. “I said to myself many years ago, ‘when the tunnel is empty, then I can fill it with sound,’ that’s the best time to make real music.”

Some might call him a street performer, but after listening to his music or his enlightened words, it becomes quite clear that Warfield is much more than that.

While Warfield is known for playing the sax, he actually began his professional career as a bassist, playing on tour with one of the founding father’s of soul, Solomon Burke. On this tour, Warfield traveled the world from Germany and Switzerland to Amsterdam and Rome.

Based on the amount of people constantly coming up to him and greeting him by name, back in the tunnel, people quickly realize Warfield is a central figure to this particular place in the world.

Playing his original songs as well as classic covers like David Brubeck’s “Take 5,” Warfield performs a more intimate show for those who are able to pass him before the sea of people exiting the amphitheater descend into the tunnel.

“This is a blessing for me. The Hollywood Bowl allows me to be here and what I call, the people of the heart, make it possible for me to be here,” Warfield said. “All the patrons, the people who work here, the servers, the waiters, the bartenders, for me, this life has been a total blessing.”

So if you ever visit the Hollywood bowl, and you want to hear a little jazz saxophone on the way, take the tunnel entrance.

Update: this story was updated Sept. 19.