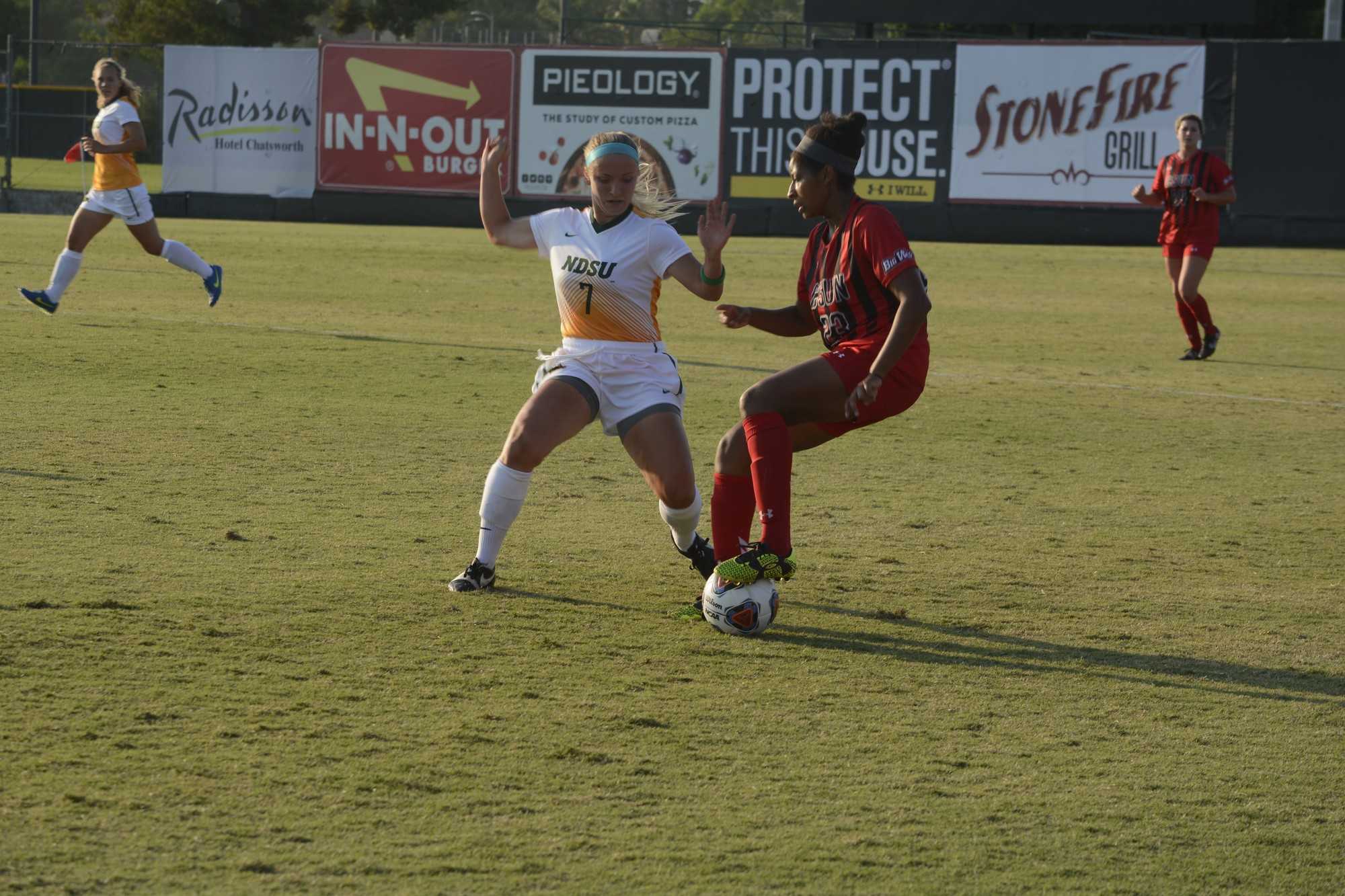 The Matadors had a lackluster first half and Marquette took control and played most of the game in front of the Matadors goal.

The Golden Eagles scored early in the match as a loose ball went to senior forward Meegan Johnston and she was able to tap the ball in from the left side of the goal line.

They would score again in the 11th minute as senior defender Morgan Proffitt was able to cross the ball into the box and send her header into the upper right corner for a 2-0 lead.

The Matadors only shot of the half came in the 21st minute from senior midfielder Camille Watson who sent her ahttps://thedailysundial.camayak.com/#packages/f295dc62-018c-4f4e-8741-67b3cc382cc7ttempt wide.

Facing a deficit after halftime, the Matadors came out with more shot attempts in the first few minutes than they had the entire first half.

They would finally break through when junior goalkeeper Jovani McCaskill was able to make a save that turned into an attack where sophomore defender Lindsay Kutscher was able find her sister, senior forward Kourtney Kutscher. She was able to control the cross and the strike it into top right corner where the keeper was unable to reach it.

The Matadors would tie the game up in the 64th minute off a timely goal by Watson. She was able to get the ball on the right side of the box, take two defenders and send a left footed shot into the top left corner

The turning point in the game however, came with seven minutes left to play when the Matadors gave up a foul in their half of the field. The cross went into the box and no Matador player was able to clear the ball. It landed in front of Marquette junior defender Madison Dunker who sent the ball into the far left post and gave the Golden Eagles a 3-2 lead that proved to be the final score.

The Matadors will return home against the University of Nebraska-Omaha on Sunday Sept 25 at 11:30 a.m.