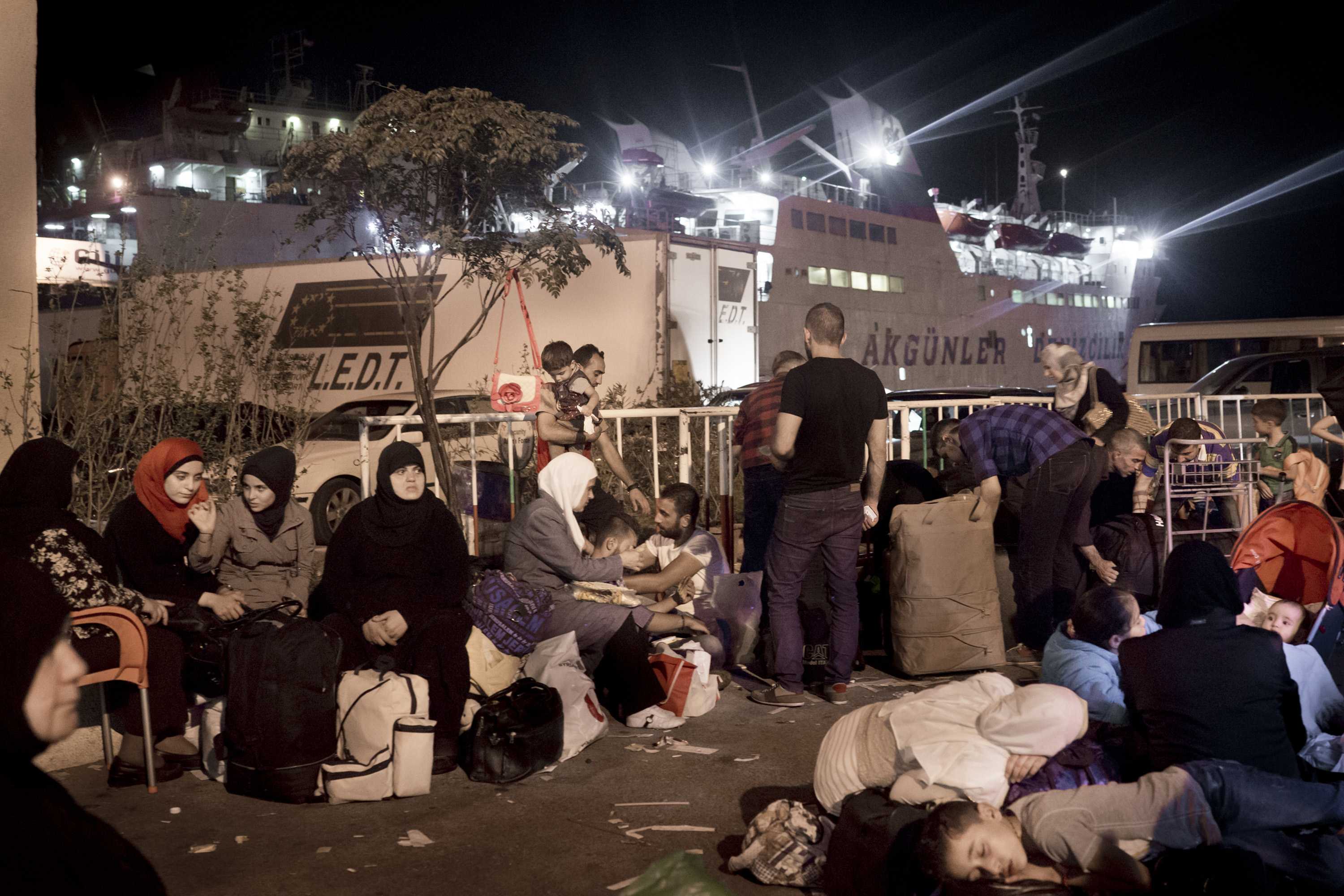 Syrian refugees at the port of Tripoli, Lebanon, waiting to board the ferry Lady Su, which travels to Tasucu, Turkey, in a twelve-hour journey. The ferry, which was scheduled to depart at 10 p.m. on September 21, left the port at 10 a.m. the following day due to regular delays and an truck accident during loading. (Gaia Squarci/McClatchy/TNS/MCT)

Today, police arrested the man responsible for a hit-and-run that killed a man in a wheelchair on Sunday night in Pomona. An anonymous witness gave officers information on the driver who was later identified as Alejandro Ambriz, 44. The alleged driver of the four-door Saab did not have a valid license and called a friend to help him. Ambriz was arrested and booked on felony counts of vehicular manslaughter and hit and run. He is now held in a Pomona jail and has a court date scheduled for Wednesday.

Human rights groups criticized the global leaders’ promises to better protect the rights of refugees and migrants and undertake a more coordinated response to the world’s deepening crisis of displaced people. The human rights groups felt the agreement was too weak and fails to address the magnitude of the problem. The human rights groups feel there is no concrete action that obligated countries to do their fair share to help refugees and migrants. Recently, protests have occurred in some nations such as Slovenia and London, to show the difficulty displaced people go through.

A suspect in the bombing that occurred in New York and New Jersey, Ahmad Khan Rahami, had traveled to both Afghanistan and Pakistan in recent years, according to a U.S. official. Officials said he traveled to Pakistan and Afghanistan three separate times on month-long trips. Rahami was charged with five counts of attempted murder of a law enforcement officer and second-degree unlawful possession of a weapon in New Jersey on Monday. After Rahami’s arrest, New York Mayor, Bill de Blasio, said authorities were not looking for any other suspects.

On Monday, professional boxer, Canelo Alvarez was diagnosed with a fracture in his right thumb. He will not fight for the remainder of the year, according to Golden Boy Promotions. His diagnosis was made after Alvarez visited Dr. Pedro Jaime Lomeli, a hand specialist, in his hometown of Gudalajara, Mexico. Alvarez will not need surgery, but will be immobilized for the next six weeks which will prevent him from fighting again in 2016, according to Stefan Friedman, Golden Boy spokesman. Alvarez said he hurt his right thumb in the second round of his fight against Liam Smith.

Actor Jim Carrey spoke out against a new lawsuit claiming he obtained prescription drugs for his late girlfriend, Cathriona White. The lawsuit was filed by White’s husband, Mark Burton. In a statement, Carrey said White’s troubles began before they met and her death was beyond anyone’s control. The lawsuit claims Carrey obtained prescription drugs under a false name and gave White the drugs even though Carrey knew it was not right for her to consume the drugs. Burton is suing for wrongful death and violation of the drug dealer liability act.