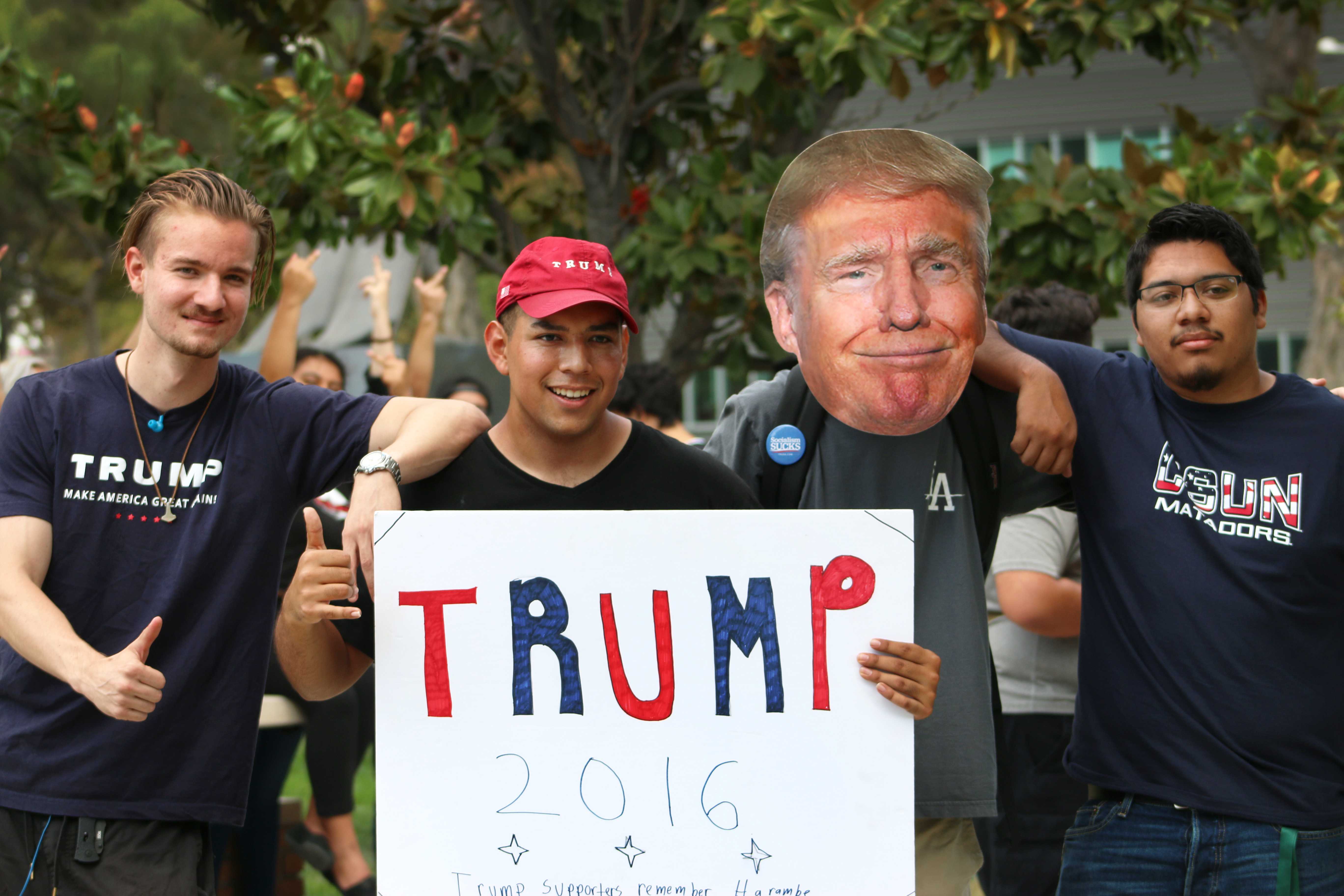 A group of anti-Donald Trump students set up a sign that read “F*** DONALD TRUMP” besides alleged Trump supporters on Matador Walk Wednesday afternoon. Trump supporters were seen tabling with a set of signs, sign-up sheets, and a Trump mask.

Karina Ortiz, a grad student, along with others were trying to get information from the alleged group of supporters. The supporters were able to get about six people to sign up to support Trump’s campaign. Motives are unclear why the supporters showed up.

“Unless you are paying us money we can’t give you our names,” one of the alleged student supporters said.

“I am an undecided voter, but I am completely becoming turned off to the idea of Donald Trump, simply because the supporters are so belligerent,” Cohen said.“If you’re going to be tabling on campus, you need to give out information.”

Sophomore Annissa P asked a trump supporter, “From brown person to brown person, how do you support trump? What are your views?”

“Go back to your country,” is what Annissa was told when trying to get more information from the group.

Ortiz and the rest of the group of anti-Trump students refused to leave the Trump supporters side.

“We’re not going to tolerate bigotry,” Ortiz said. “Why do you hate your people?” Ortiz told an alleged Latino Trump supporter.

Meliss Arteaga and Nicole Wong Contributed to this Article.