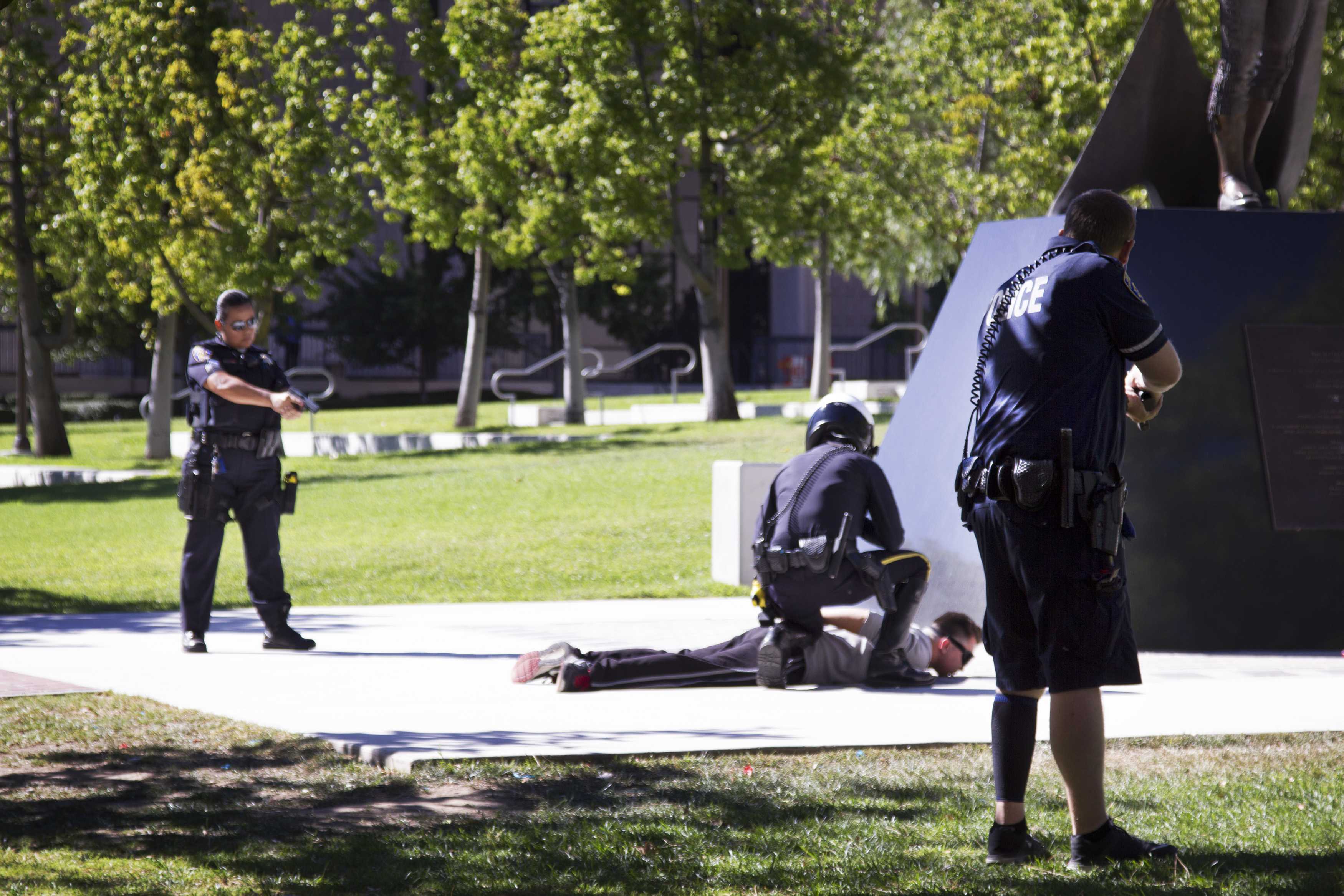 Police responded to reports of a man swinging a large sledge hammer, chasing students and damaging property near Matador Walk at approximately 3:15 P.M.

According to eyewitnesses, police were on the scene within 2 minutes of the first 911 call, when they drew their guns and forced the suspect to drop to his knees and lay flat on the ground.

The suspect, who was later identified as former CSUN student, 29-year-old Jesse John Moya, was banging a sledgehammer on the matador statue when police surrounded him, pointed their guns and directed him to lay face down on the floor.

Eye witness, Nicole Corriz, who is a CSUN student and veteran, was the first to call police and saw the entire incident.

“I saw a guy coming with a sledgehammer in his hands, wearing gloves…I wasn’t sure what he was going to do but he looked angry and intent on hurting someone,” said Corriz “…he said ‘you need to leave CSUN now!’ and that’s when I told everyone around me to run and I called 911.”

One officer, who was visibly on high alert with his gun drawn, turned to Majia and told him to stop and get on the ground.

When asked why he ran towards the cops and the suspect, Majia said, “I was concerned for the man’s safety when he was on the ground. I thought they were going to shoot him so I said ‘don’t shoot, don’t shoot!’ Then he pointed the gun at me and I immediately went down on one knee.”

Majia informed police that he did not know the suspect but simply didn’t want to see someone get shot.

According to Public Information Officer, Christina Villalobos, the suspect, Moya, was put into police custody and arrested for felony vandalism. He is now being brought to the Los Angeles Inmate Reception Center in downtown L.A.