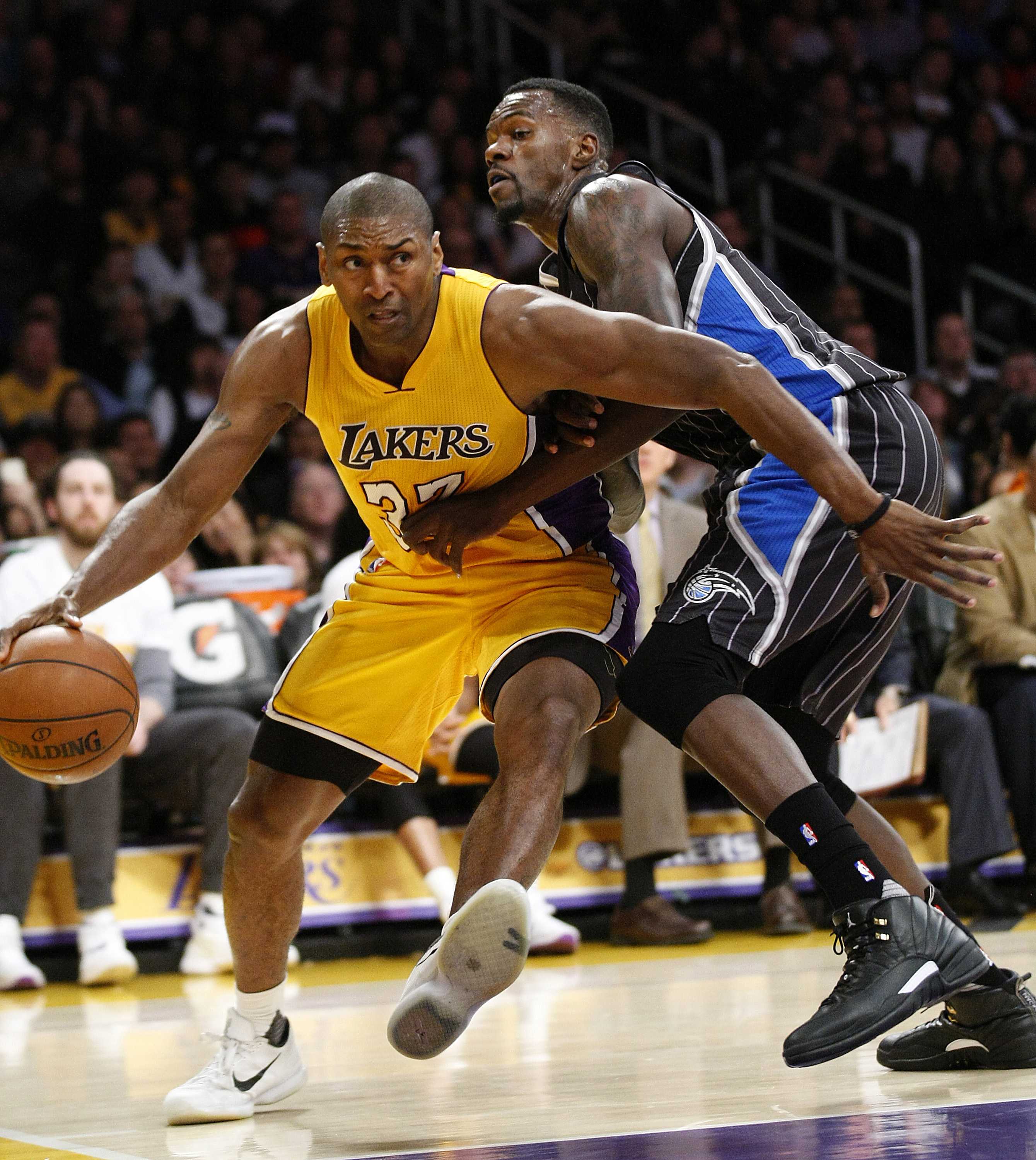 The Los Angeles Lakers announced Friday that they have re-signed forward Metta World Peace. World Peace previously played in China for the 2014-15 season before returning to the Lakers last year. He averaged 5.0 points and 2.5 rebounds in 35 games for the Lakers. Terms of the contract were not released, however, according to World Peace, it is a one-year deal. The 36-year-old World Peace is expected to fill a leadership role for the young team, who’s coached by first-year head coach Luke Walton, a former teammate of World Peace.

Late singer Christina Grimmie was honored at the 2016 iHeart Radio Music Festival. This comes a year after Grimmie had first played the event in 2015. The 22-year-old singer was killed by a gunman in June while signing autographs at Orlando’s Plaza Live Theater. The festival played a compilation of her brief career, which included clips of her live performances and a message to fans. “My fans are literally the biggest part of why I’m this far, why I’m doing what I’m doing is because you guys support me and have such a love for me,” she said in the video.

Mexico has seen a surge of about 5,000 Haitian, African and Asian migrants in just a few days. These immigrants are entering through the southern border, according to immigration authorities. Mexico’s National Immigration Institute said that this is the largest increase they have seen so far this year. According to the institute, “7,800 Haitian migrants entered Mexico through Guatemala between Jan. 1 and Sept. 21, as well as 1,701 migrants from Africa and 3,753 from various Asian.” Mexico has given the migrants 20-day temporary visas, so they can travel to the U.S. However, the U.S. government said it was making efforts to deport Haitians as a response to the thousands of immigrants who have entered California’s border crossings from the Haiti.