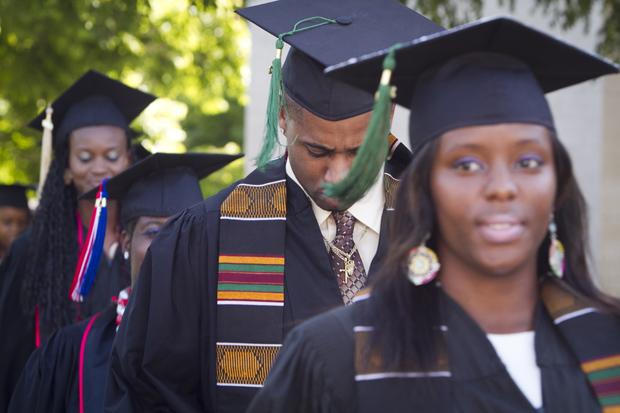 CSUN’s Black students feel it is time, perhaps overdue, for there to be a campus housing floor that is specifically for Black students.

“Any time you’re in spaces such as huge public universities, you’re gonna look for people who look like you and have common interests with you,” Malcolm Mcintosh, a senior psychology major, said. “Sometimes for Black people, that’s what we need to survive in spaces where we don’t necessarily feel visible.”

In fall 2015, Cal State L.A.’s (CSULA) Black Student Union presented a list of demands to their school President William A. Covina. Among those demands were that an all-black housing floor be established.

The Black-focused housing community, called Halisi Scholars Black Living-Learning Community, at CSULA, is unprecedented in the California State University system, but according to LA Times, UC Berkeley and Stanford both offer culturally-themed houses that have specific focuses on Black students.

CSUN has not offered such an option, but with a school in close proximity having established its own, it is on the minds of the Black students at CSUN who have desired a housing community to call their own.

“I think this is something that our Black students want and need,” Robert Wilson, CSUN Black Student Union president, said.

Wilson also said many of CSUN’s Black students come from areas of L.A. that are predominantly Black, and a space that reminds them of home can help alleviate the difficult transition to college.

Wilson was a resident advisor for two years in a floor called Values and Opportunities In Cultural Education (VOICE). Wilson said that it was at this time that he saw the benefits of representation in student housing.

According to Wilson, many Black students find themselves separated in traditional housing and also on campus.

“This can be an opportunity to use that separation to our advantage and help our community grow,” Wilson said.

“Naturally people gravitate toward their own race, and Blacks are outnumbered at CSUN, so this could be a good thing,” Greenwood said.

CSUN institutional research shows that in 2013 Black students made up just 2,079 out of CSUN’s 33,938 undergraduate students, which is less than 10 percent. Black residents account for 3.4 percent of the San Fernando Valley population, which CSUN primarily serves.

“Speaking from experience, I can tell you that most of the Black people I know, I know them from organizations and student events,” Young said.

Young, also a former residential advisor, said a housing floor tailored toward Black students would promote scholarly excellence by providing a community of Black students who motivate each other to accomplish.

According to KTLA, the new housing option at CSULA was so popular that many students were wait-listed and unfortunately turned away. There have not been reports of any future expansion of the program.

“Cal State L.A. made a bold statement,” Wilson said. “Hopefully if we are able to establish [a black-focused housing floor] here at CSUN, it will inspire other cultures to follow and do the same.”