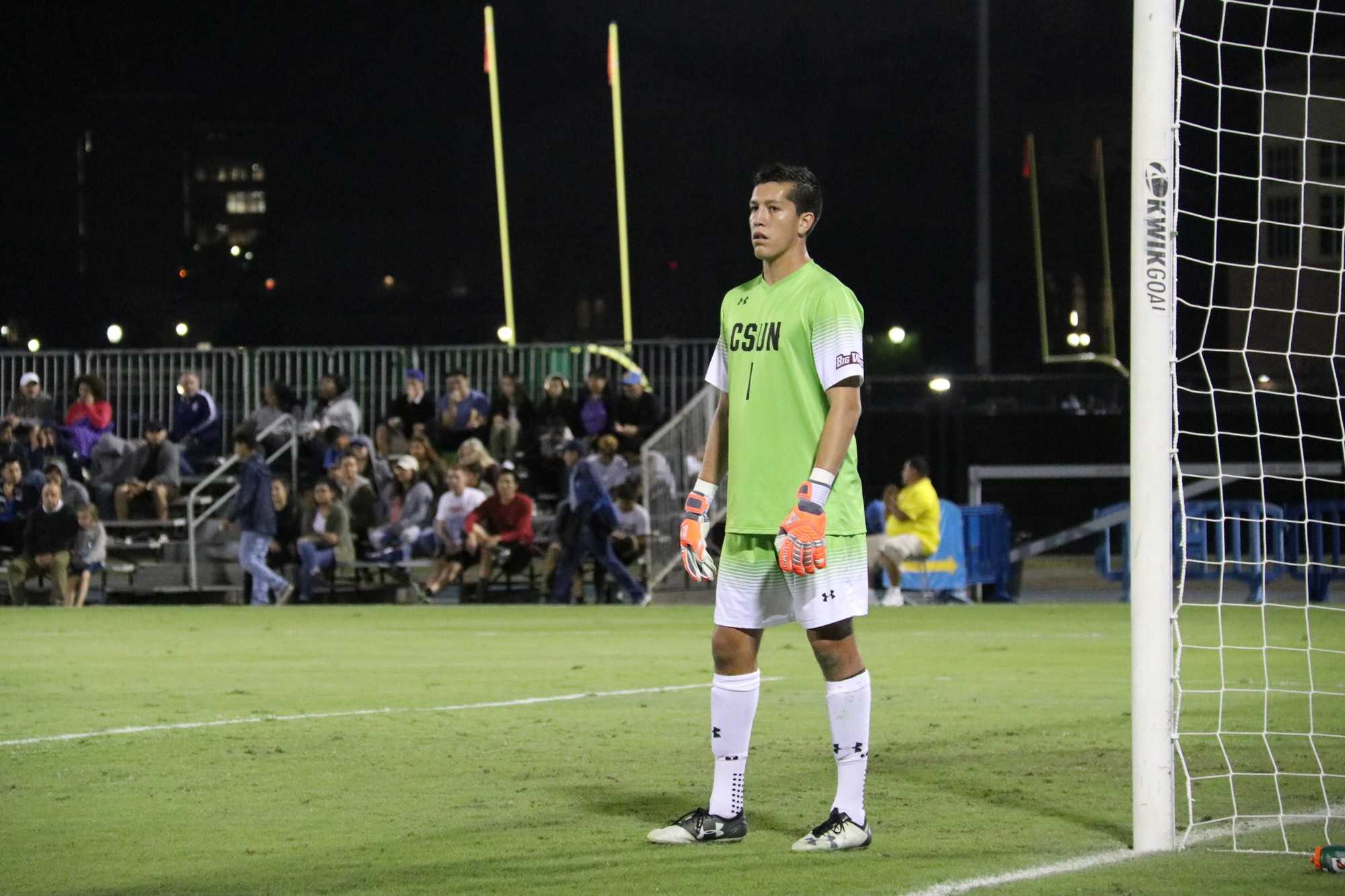 The CSUN men’s soccer team improved to 3-4-1 Sunday night with a win over CSU Bakersfield. It was an all-around team effort for the Matadors as four different players scored goals. It was the team’s second road win of the season.

The Matadors attacked early as senior defender Gabe Robinson scored his first goal of the season at the 10-minute mark on a header off of a free kick, assisted by senior midfielder Juan Samayoa.

As the second half was winding down, CSU Bakersfield first year midfielder Anthony Negrete was hit with a red card for an attempted slide tackle at the 42nd minute mark, giving the Matadors an advantage for the rest of the game.

CSUN took advantage immediately after halftime scoring again at the 50th minute off of a penalty kick by Samayoa, his second of the season. Bakersfield responded in the 62nd minute with some nice passing that lead to a goal by junior forward Julian Zamora, pulling them within one.

That would be the closest the Roadrunner’s would get as CSUN added two late goals, in the 80th minute by sophomore forward Nicholas Grinde and in the 85th minute by freshman forward Bar Shem Tov, his first of the season.

The match was relatively even as CSUN was able to get 13 shots off compared to Bakersfield’s 14, but execution down the stretch made the difference.

This was a much-needed win for the Matadors to keep pace with the rest of the conference. The South Division of the Big West Conference is wide open at the moment with three teams within a half game of each other.

CSUN currently sits at the third in the South as the team approaches the halfway point of the season. The top three seeds in the South and North divisions of the conference make the playoffs.

The Matadors next match will be at home on Thursday, Sept. 29 against UC Davis, who is second in the North Division with a record of 4-3-2. The game is scheduled for 7 p.m.