CSUN Celebrates the success of the Metro U-Pass 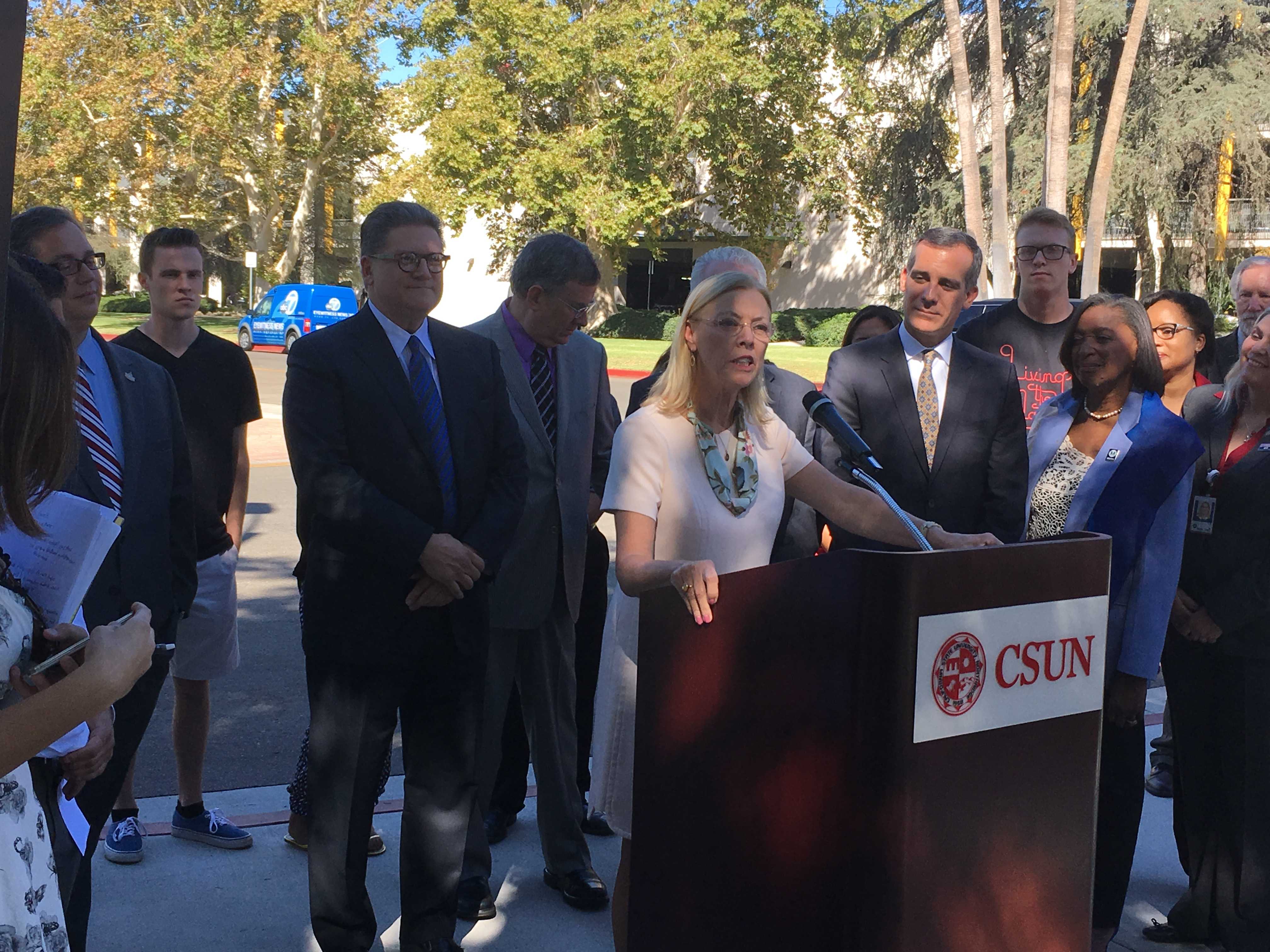 According to Devon Deming, Director of Metro Commute Services, the sale of U-passes has far surpassed expectations.

“We initially planned to sell about 500 passes, but we’ve more than tripled the expectations, so we’re really excited about it,” Deming said.

President Harrison expressed that the U-pass was an adequate response to students complaints about lack of parking and transportation options on campus. She said she would like to see a drop in single-rider cars and that we still have a long way to go.

“There is no doubt that our campus requires adequate access to mass transit options to serve our students and employees,” said Harrison in her address. “The popularity of the program shows how important it is to make improvements to the county’s transportation.”

“It has been a priority of mine to protect fares for students,” Garcetti said. “We hope to take success of this pilot and make it permanent so that students can have access to buses, rails, and trains.”

Garcetti expects the implementation of U-Pass to grow Metro ridership.

“With this and the passage of Measure M, we’re gonna have more [Metro lines], less traffic, less congestion, and hopefully within the next few years, we’ll have two million boardings every single day.”

Paul Krekorian, Los Angeles City Councilman (District 2), praised CSUN’s commitment to transit. He speculated that many students of this generation may never need to own vehicles as public transit continues to grow.

All of the speakers at the event either mentioned or endorsed Measure M, which will be on the ballot for this November’s general election.

Measure M is a piece of legislation that will vastly expand L.A.’s public transportation system by adding several more rails and transit lines throughout the city, particularly in the San Fernando Valley, which President Harrison referred to as a “Public transit dead zone.”

According to Mayor Garcetti, future funding of the U-Pass is dependent on the passing of Measure M.