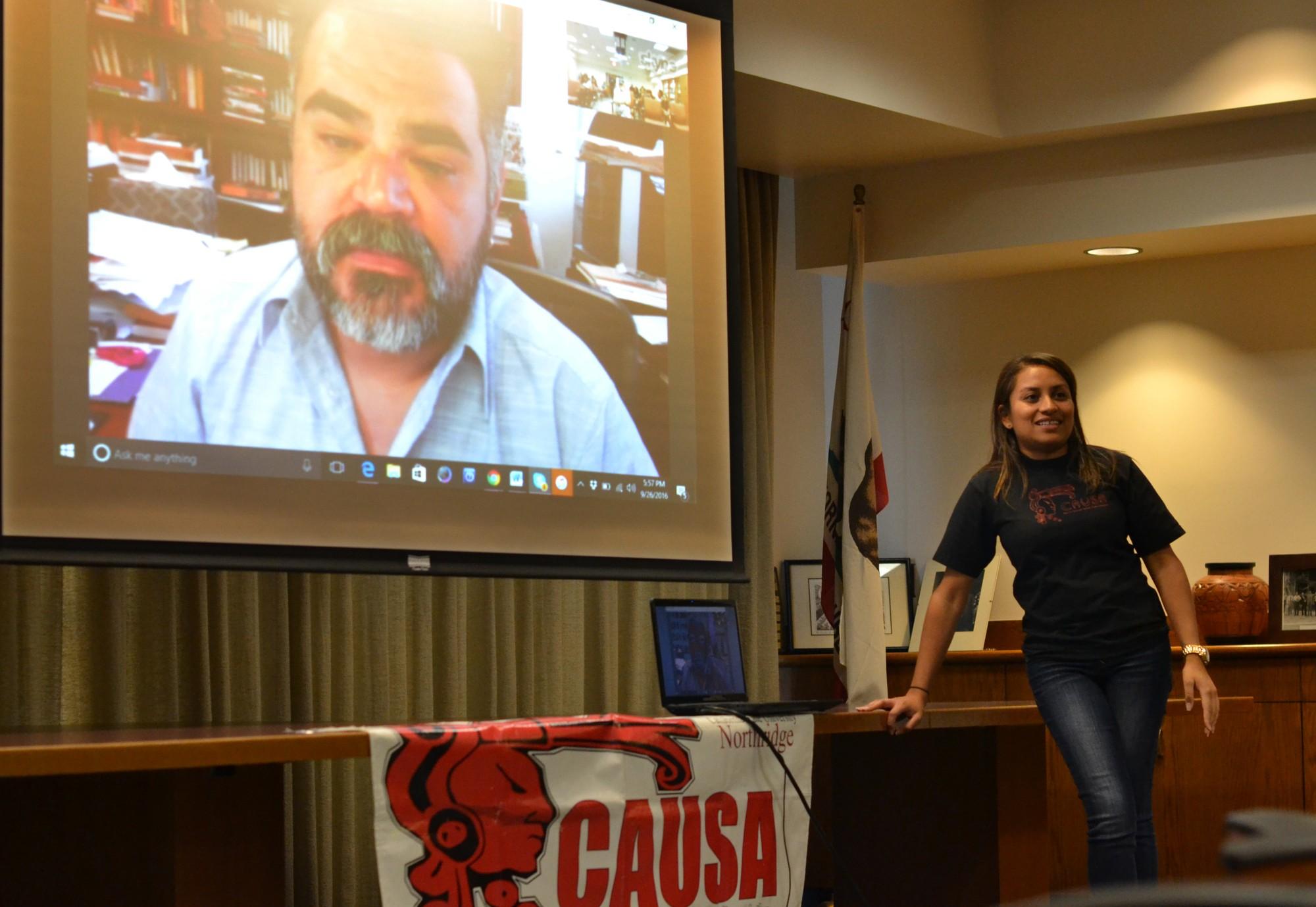 The Central American United Students Association (CAUSA) screened director Coitza Grecko’s Mirar Morir (Watching Them Die) on Monday in remembrance of the second anniversary of the disappearance of 43 college students in Iguala, Mexico.

The documentary casts doubt on the federal government’s official explanation of the incident. It accuses the military of covering up their alleged role in the tragedy as part of a larger pattern of collusion with major drug cartels.

“We don’t want it to fade back into the periphery of our minds,” said Central American studies sophomore and CAUSA vice president, Paolo Aiello. “The way these things usually play out is, if there’s ever any justice at all, it comes decades later.”

Grecko characterized the status quo in Mexico as a systemically corrupt state of affairs during a brief question and answer session via skype following the film’s screening in the Sierra Hall’s Whitsett room. ” Morir: El Ejérecito en la noche De Iguala’s” director called upon attendees to resist disillusionment and press for change and transparency.

“I don’t want to say that’s how it is, but that’s how people feel; It just grinds people,” Ivan Vargas Communications Senior and CAUSA member said. “But we got to say something, or else the cycle is going to continue.”

He and Aiello added that the prevalence of camera phones has made it more possible than ever to record evidence of alleged human rights abuses.

Gunfire and desperate pleas can clearly be heard in videos recorded on the night of the disappearances. “¿Oye [expletive] carbon, por qué estás recogiendo los casquillos de bala? (Hey [expletive], why are you picking up the bullet casings?),” one person can be heard shouting in cell phone footage featured in the film.

Most screening attendees saw value in Coitza’s effort to spread awareness of alleged government corruption. However, at least one viewer accused the film of inciting hostility without suggesting solutions.

“It offers no way to solve any problem whatsoever, and it just shows the ugliness of the past,” psychiatrist and army veteran August De Alba told the Sundial in a discussion with CAUSA students and officers following the event.

Students countered De Alba with the notion that some uncomfortable issues must be brought out into the public in order to bring forth change.

“Maybe nothing will be solved [immediately], but at least it will bring awareness,” said CAUSA Treasurer Brenda Moreno. “People can’t just stay blind.”