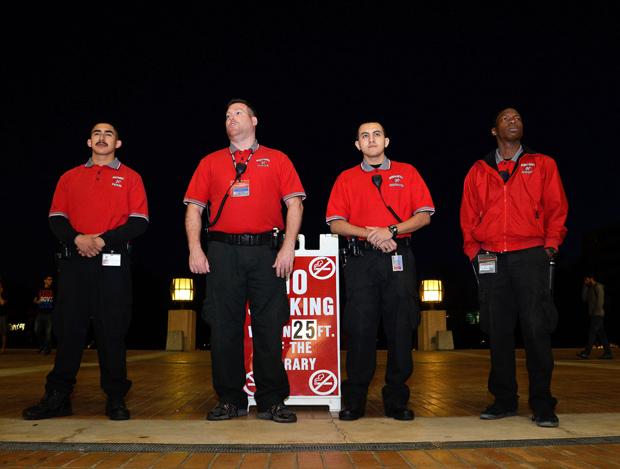 CSUN has experienced criminal activity these past three weeks creating a concern amongst the campus community.

Earlier this week, there was an attempted kidnapping of a female student near campus. The CSUN student was walking along Dearborn Street when a man grabbed her from behind and threatened to kill her if she kept yelling. The CSUN student managed to get away and reported the incident to CSUN Police Services.

Also on Friday, a former student, 29-year-old Jesse John Moya, was arrested on campus after chasing students with a sledgehammer and damaging the Matador statue.

CSUN students said they feel unsafe walking home and to their cars, especially during the night.

Psychology major Dede Campbell usually walks with a friend after class and is now staying more alert after hearing all the incidents happening at CSUN.

“I think that police or administration should consider screening people to see if they are students or if they are just roaming around,” Campbell said. “They can even hold safety workshops.”

Fabiola Sandoval, a child and adolescent development major, is always aware of her surroundings when walking to her car after class.

“The campus is very open for anyone to walk into,” Sandoval said.

Briant Hernandez, a cell and molecular biology major, said he doesn’t see many police around campus. Hernandez said that because CSUN is an open area, students are an easy target.

Maria Garcia, a freshman, said she feels safer during the day since there are much more people on campus.

“If I was to stay at night to study, I would be worried since I walk to the bus stop,” Garcia said.

Public health major, Crystal Castro, said she generally feels safe on campus, but lately, is questioning the safety of CSUN.

“I have the mentality that it won’t happen to me, but I will get a pepper spray to be safe,” Castro said.