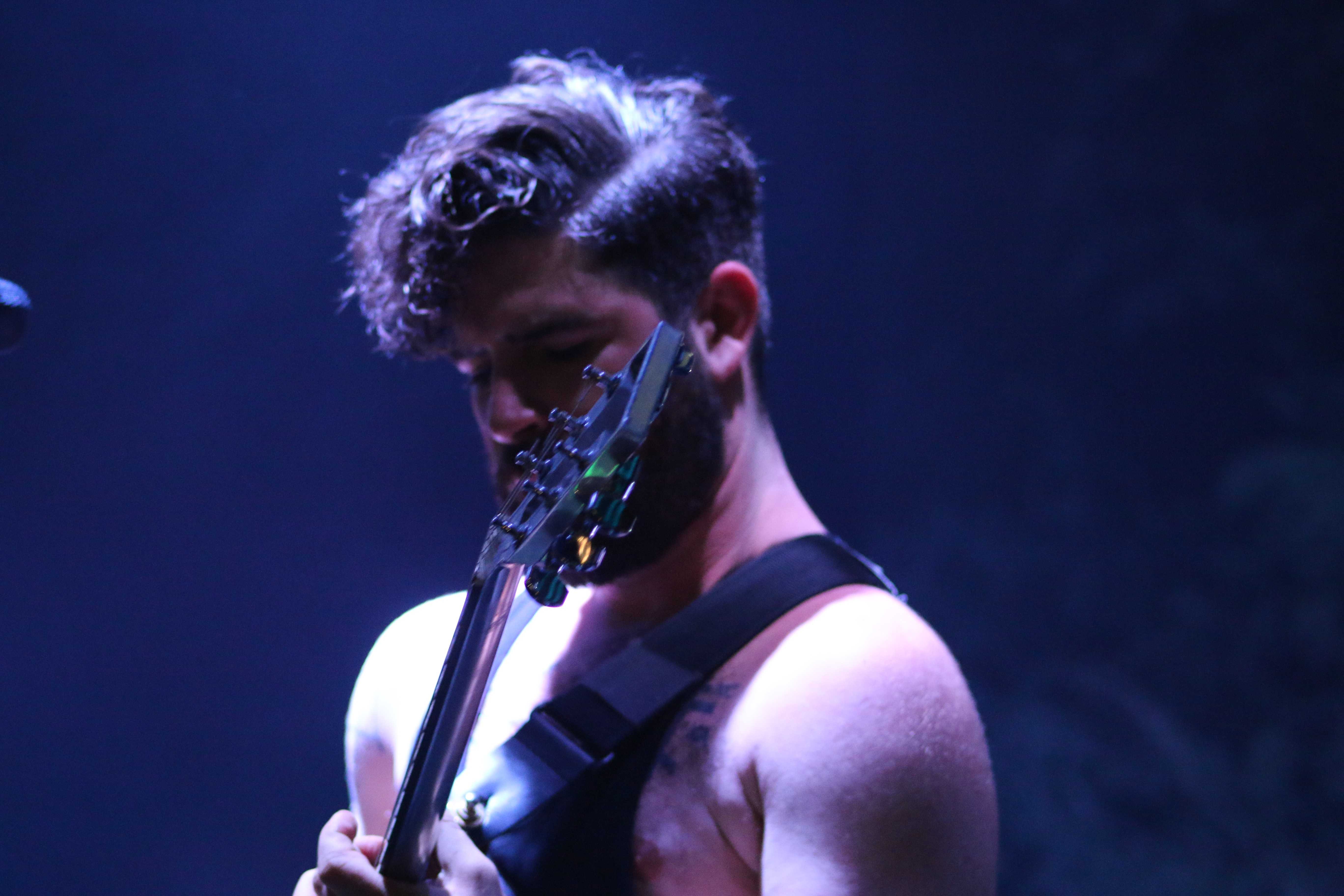 English rock band Foals had the crowd cheering, moshing and singing along at the Hollywood Palladium Tuesday night.

Equipped with their own Snapchat filter, the hype and excitement around the show could be felt throughout the venue.

They were met with a series of cheers and applause as they quickly went into “Olympic Airways,” one of their singles off of their debut album.

As they played through their repertoire of songs from their four studio albums, the crowd was dancing and jumping away.

Midway through the set, during the song “Mountain at my Gates,” mosh pits started to form in the center of the crowd as the attendees on the outside danced and sang along to the lyrics.

Soon after, a light shined at the disco ball hanging above the band, shining lights all around the venue, which provoked a large cheer.

Towards the end of the show, Philippakis went up to the railing holding the fans back, and stood up, letting the front row of fans hold him up before crowd surfing.

They closed the set after an energy-filled hour and a half performance and were awarded with one final applause before walking off stage.