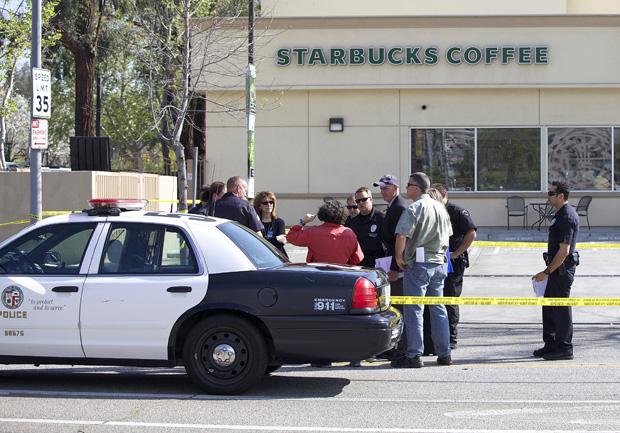 A side-by-side comparison of CSUN and the surrounding areas shows crime rates surrounding the campus are more than 250% higher than on campus itself, according to data from CSUN PD.

The comparison, which began July 1 and ended Sept.12, covered the area from Yolanda Avenue to White Oak Avenue, and between Lassen Street and Parthenia Street.

“I really wanted us to zone in on what’s around us because LAPD had approached us. They were having quite a few issues within about five blocks of the campus,” said Chief of Police Anne Glavin.

The comparison showed a total of 91 crimes in those five blocks around campus and only 33 on CSUN’s premises.

The most prevalent crime off-campus was burglary/theft from a vehicle, while the most prevalent on-campus was grand and petty theft. There were 26 reports of items being stolen from vehicles off-campus, while there was only one incident reported on campus. However, the 25 on-campus grand and petty theft reports beat out the 20 reported in the surrounding area.

Crime rates right now are also significantly higher to the west of campus than to the east, according the crime comparison.

“This directly affects everything we do because people go to eat over there, people park over there,” said Captain Scott VanScoy of the CSUN Police Services.

Grand theft auto reports are also significantly higher off-campus than on with 11 cars being reported stolen around CSUN while the only reports on-campus were two stolen electric carts.

“If you don’t park on campus, maybe you should start considering it,” Glavin said. “People aren’t stealing cars on campus. They’re stealing them off.”

Even with the lower crime rates on campus, however, some students feel uneasy after the recent string of crimes.

Jimenez said he knows there’s a number students can call for Matador Patrol to escort them, but he doesn’t know it.

CSUN Police Services hopes a new Matador Patrol app coming out in the next month will help students access the safety escorts.

“That’s actually going to make it faster and easier by using your smartphone to call for [a safety escort],” Glavin said.

She also that the app shows students a picture of who is coming to get them, kind of like Uber.

CSUN Police Services and Associated Students have also discussed expanding Matador Patrol, which currently employs 32 students total and has 10 safety escorts patrolling on any given night.

But even with the lower crime rates and the potential for expanding the Matador Patrol, Glavin still stresses the importance of being aware.

“Is the campus safer? Yes, but don’t get lulled into that. Because clearly, this illustrates that still, even though our crime is really low, stuff happens,” Glavin said. “Have a high, high level of awareness, especially right now when we’re having a mini-rash of [incidents].”