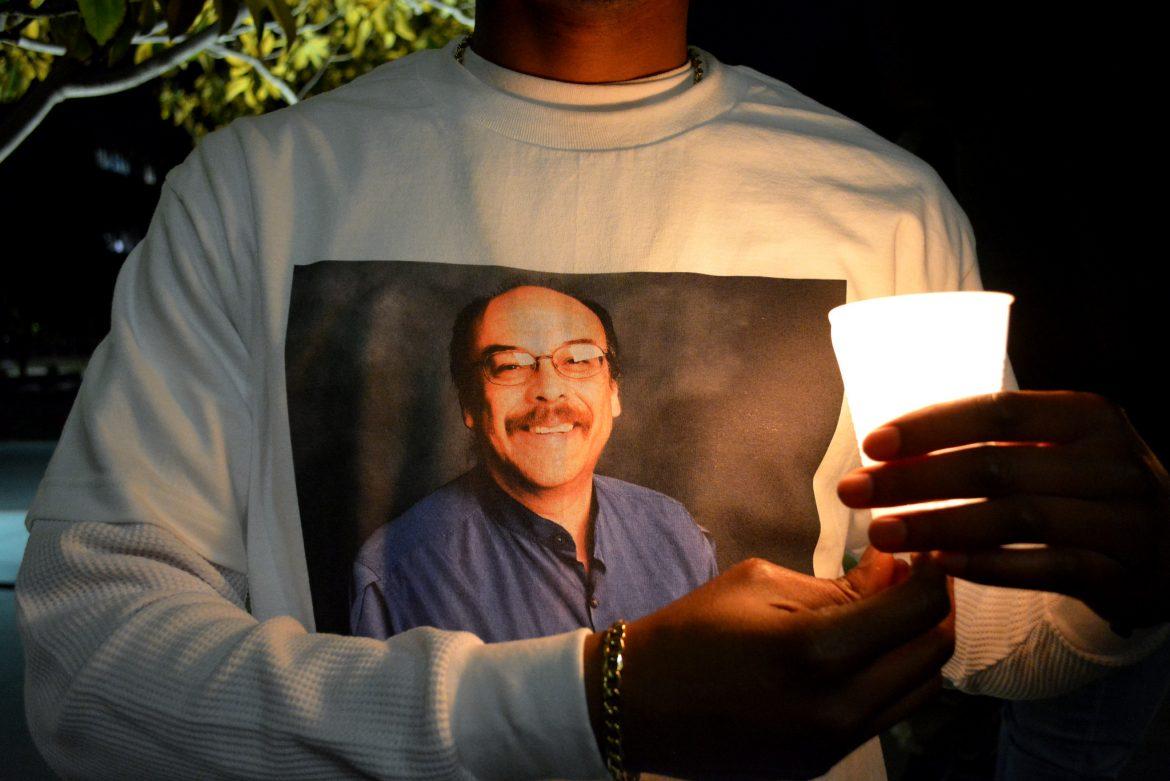 Sean James, CSUN Alumnus, wearing a shirt to the memorial with a photo of Vargas in April 2016. Photo credit: Patricia Perdomo

September is known as Educational Opportunity Program month and this year they celebrated 47 years and the Life of Jose Luis Vargas. The event began with the remembrance of Mr. Vargas at the EOP commemorative plaque and it was followed by a celebration with games and food.

The EOP event was full of activities for students which included a history booth that featured the history of EOP at CSUN, as well as games to allow the students to interact with one another.

For the past 47 years, the Educational Opportunity Program has given students the opportunity to receive higher education and has allowed them to create lifelong friendships.

“EOP gave me the opportunity in life and in school to succeed,” said Maria Tirado “When I was working for the program I became more confident in myself.”

Tirado became familiar with EOP when she first applied to CSUN her senior year of high school. Eventually, she started working for the program first as an office assistant and then as an academic mentor.

EOP allows students to become familiar with the campus and allows them to become more college conscious. It also provides support that gives students a chance to ask for help when they need it.

“It helped me realizes what it really means to be a college student in and out of the classroom,” said Theresa Henry.

“You cannot talk about him in just a few sentences because of how much he did,” said Lesley Barajas, “he kept the program going even in times of trouble and when the program was being questioned.”

Tirado says the program would not exist if it was not for Mr. Vargas, because what EOP is today is based on what he did and what he believed.

“It was an honor to have met him and to engage in conversation with him,” said Barajas.

If it wasn’t for EOP, Henry would most likely be at a community college and perhaps transfer to a four-year college eventually.

Barajas said one of the things she learned from Mr. Vargas was humility, because he was about helping everyone else.

“Whenever I have a problem I know I can go to [EOP faculty], and no other program is going to do that for you,” said Tirado.