“Sinfonia Breve” makes its world premiere with the CSUN Symphony 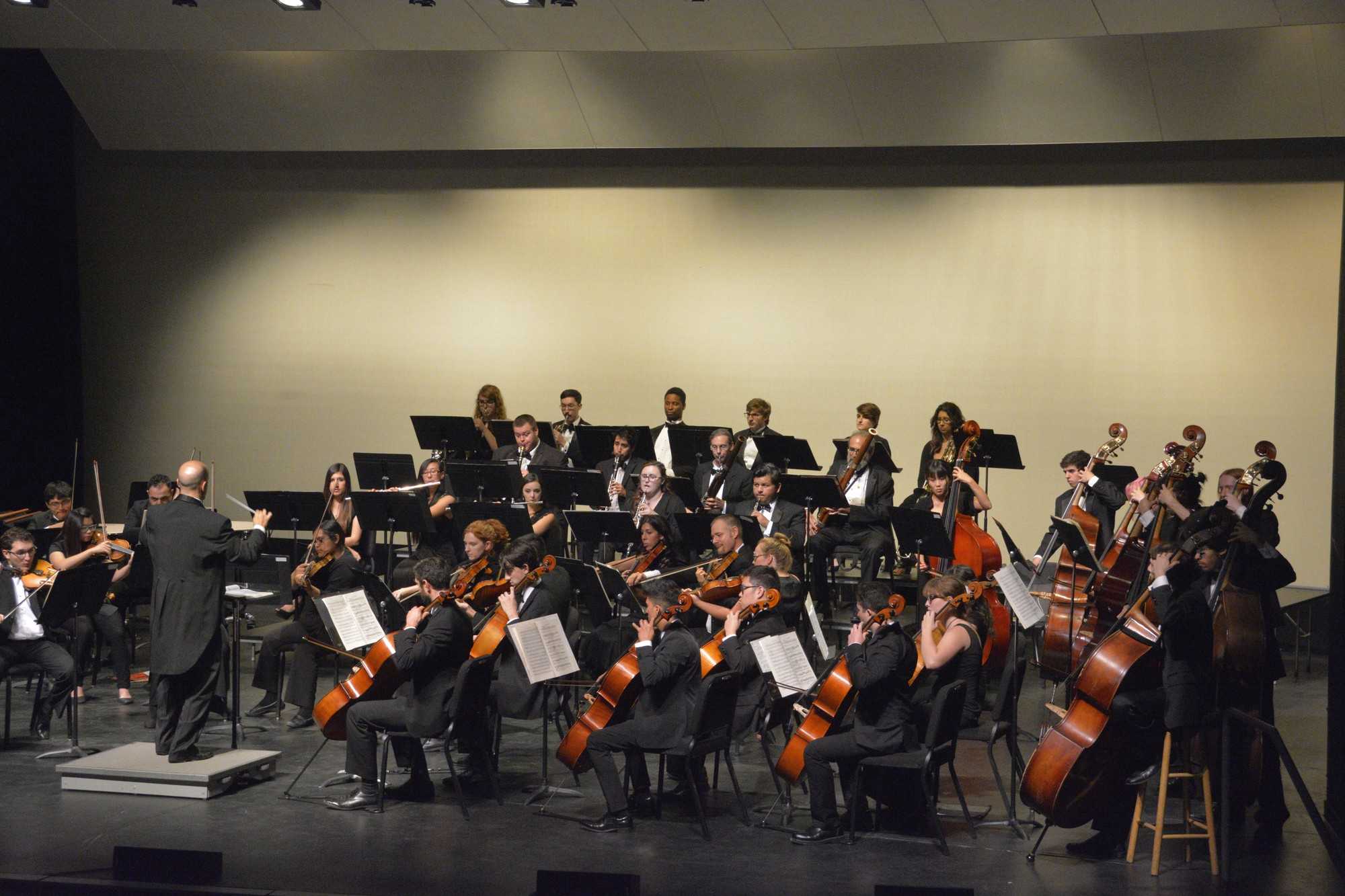 The performance began with the flowing sounds of “A Letter From Home,” originally written by Aaron Copland. It carried an uplifting melody with a sound that reminds one of how simple life can be while still becoming advanced with innovation, reaching up to a crescendo, then returning to that sense of simplicity.

Following this, Roscigno moved away from the stage for assistant conductor Mercedes Juan and soprano Gretchen Anderson. They continued the performance with “Oh what a pretty night” from the opera “Susannah,” by Carlisle Floyd. The lyrics to the piece were in English, as written by Floyd, unlike what is typically assumed that all opera is sung in Italian (given the genre’s birth being in Renaissance-era Florence, Italy).

Continuing the show, Dr. Roscigno presented the world premiere of “Sinfonia Breve” by composer Daniel Kessner. Dr. Roscigno emphasized the fact this will be the first time that this song would be performed to an audience, and that Kessner had first heard it three days earlier.

The piece is bombastic, with rising melodies and a timber reminiscent of the music of film composer John Williams.

“I like the suspense of it,” Brandon Ycaza said, a business finance major in his sophomore year.

Ycaza viewed the event for his Music 105 class, but still found the show fascinating.

Gayne Gukasyan, 25, junior humanities major, said the performance was beautiful and was reflective during the event.

“I used to play the violin, so this is the closest I can get to ‘the good old days,'” Gukasyan said with a smile.

After an intermission, the orchestra performed the oldest piece of music of the show, “Symphony No. 6 in F Major, Op. 68, “Pastoral” by Ludwig van Beethoven. The movements progressed, serving a climactic end to the show with a familiar rhythm to those who can identify with his music.

“This opened new doors for me in terms of music,” Leopoldo Ordaz said, a freshman computer science major. “I know now that I don’t have to listen to rap or any other stuff.”

Junior business management major Bryanna Wilson, 20, took note of the emotional impact the show could have for an audience ember.

“It was moving, and it had lot of ups and downs,” Wilson said.

Ycaza, Wilson and Ordaz all agreed what set this show apart as a whole was participating in the premiere of “Sinfonia Breve.” To them, that made this event all the more special to participate in, whether required or not.