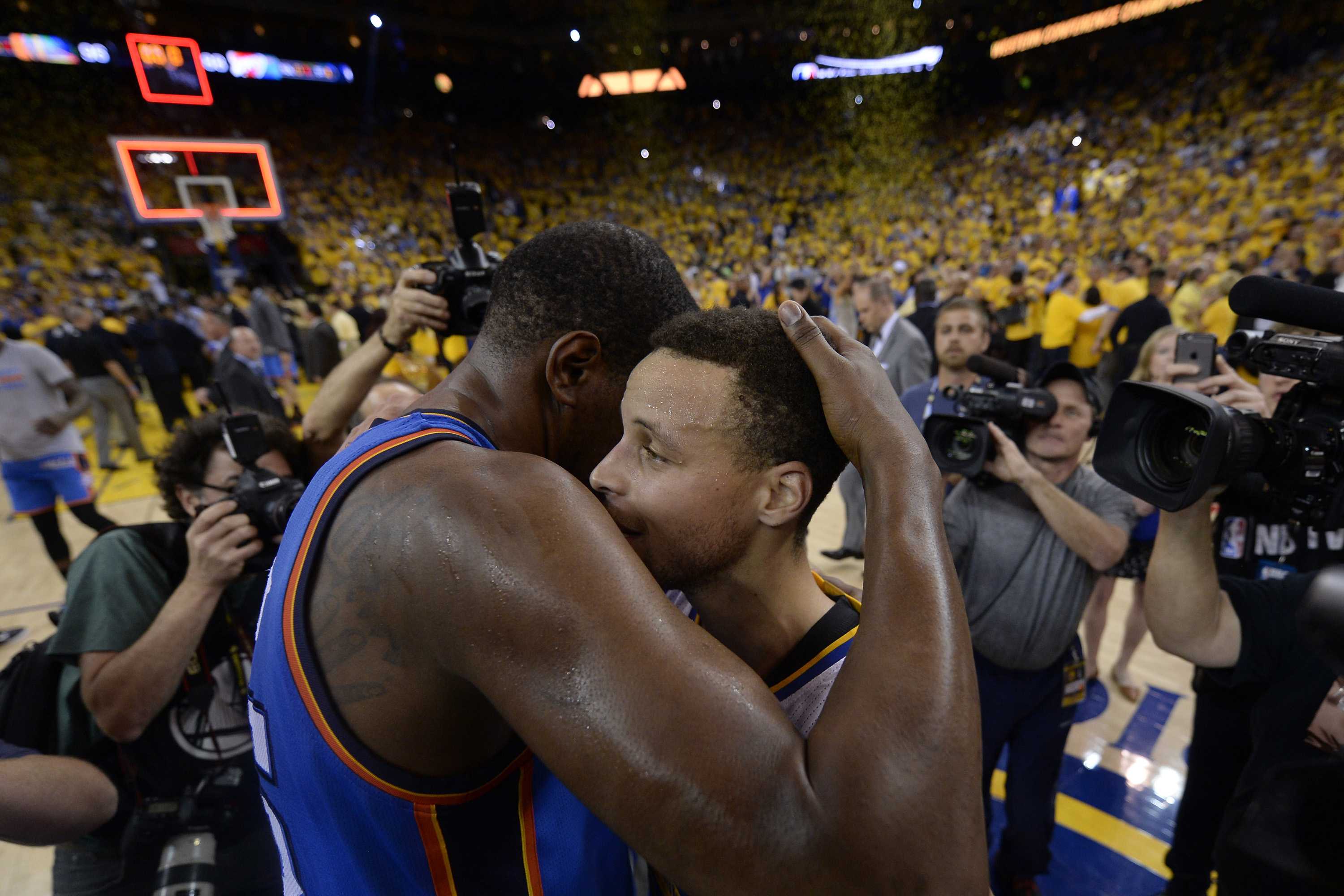 On October 1, the entire basketball community will be watching the first game of the 2016-2017 NBA preseason.

The game will be played in Vancouver and we will finally be able to see this summer’s biggest signing make his debut on his new squad. That’s right. Kevin Durant and the Warriors are about to show us what kind of super team the rest of the league will be playing against.

The game against Toronto will let us see how good of a coach Steve Kerr really is and what kind of juggernaut he plans to create.

The questions we hope to see answered is what kind of offense Kerr will use with Durant. Last season Durant average 28.2 points, 8.2 rebounds, and 5.0 assists on 50.5% field goal percentage , 38.7% three-point percentage, and 89.8% free throw percentage.

These numbers will help an amazing offensive team get better. He will make opposing teams guard him and now teams must choose before the game how to double team him, Curry, and Thompson. Kerr must get Durant his touches, which means Steph or Klay will have to make a sacrifice. How Kerr gets them to give up touches will be interesting as those two have been his main offensive points, and this game will give us an idea on who that will be.

What Durant does not fix is their defense.

Durant is a good defender who can use his long frame and speed to contain most players but he is not a defensive stopper. For this team to win a second title they will need to find a way to stop great players, something they struggled with in the Finals.

Kerr must find a way to get Durant to play top notch defense as he will be guarding a lot of great offensive players at his position. Kerr must also get Durant to average double digit rebounds as the team lost many quality bigs to get him.

If Durant can do that and put up similar offensive numbers, then come June the Warriors will be playing for a second title in three years.