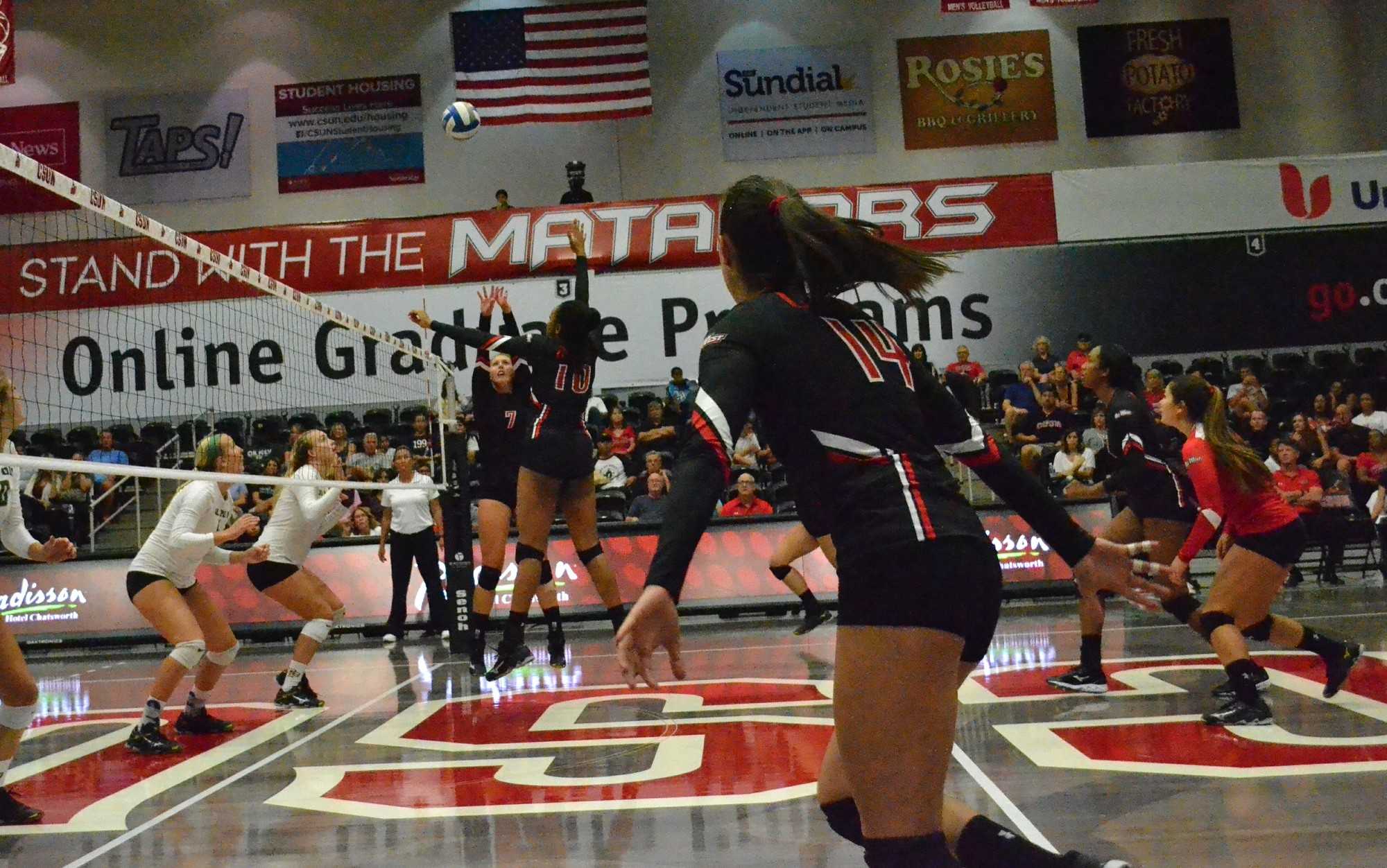 The turning point in the match came during the forth set, as CSUN was within 2 points of Cal Poly at 13-11 when the Mustangs went on an 8-0 run, as the Matadors could not stop the bleeding. Cal Poly took that momentum into the final set, winning handily.

Matador’s head coach Jeff Stork did not believe fatigue was a factor.

“There’s no real fatigue factor, momentum and pressure and all that stuff that’s in peoples heads,” said Stork. “There’s no such thing, I don’t think, as momentum, either you play well enough or you don’t. Obviously tonight I thought we were playing well at times but collectively they played little a bit better.”

CSUN hit at a lower percentage as a team connecting on .223 percent of their hits compared to Cal Poly’s .238 percent. Cal Poly also had 78 digs compared to the Matador’s 67.

“Typically what’s been happening to us is a lack of kills has effected our success,” said Stork. “We have to find a way to generate more offense, a lot of it actually has to do with either consistently siding out or our transition attack.”

The Matador’s jumped out to an early set one win, defeating the Mustangs 28-26 with the help of some big play from sophomore Outside Hitter Aeryn Owens and junior Setter Lauren Conati.

Conati had 50 assists, many of them coming at the hands of fellow teammate Owens, who finished with 19 kills but was only able to hit on .222 percent of her attempts.

The loss is the Matador’s second in a row, after losing to UC Santa Barbra the night before, 3 sets to 1.

“Towards the end we got a little lenient but I think we played pretty well compared to last time,” said Owens. “I could have been better, but I feel like all of us blocked and received pretty well.”

Despite the team’s tough loss, both players and coaches seemed satisfied with the effort they gave.

“I think the girls are working real hard,” Stork said. “I think they understand what needs to happen and its just coming back on Monday and making improvements.”

Their next game will be in Northridge as the Matador’s take on the University of Hawaii, who is undefeated in Big West play, on Oct. 6 at 7 p.m.