Hotel in process of approval to be built, funding will not come from CSUN 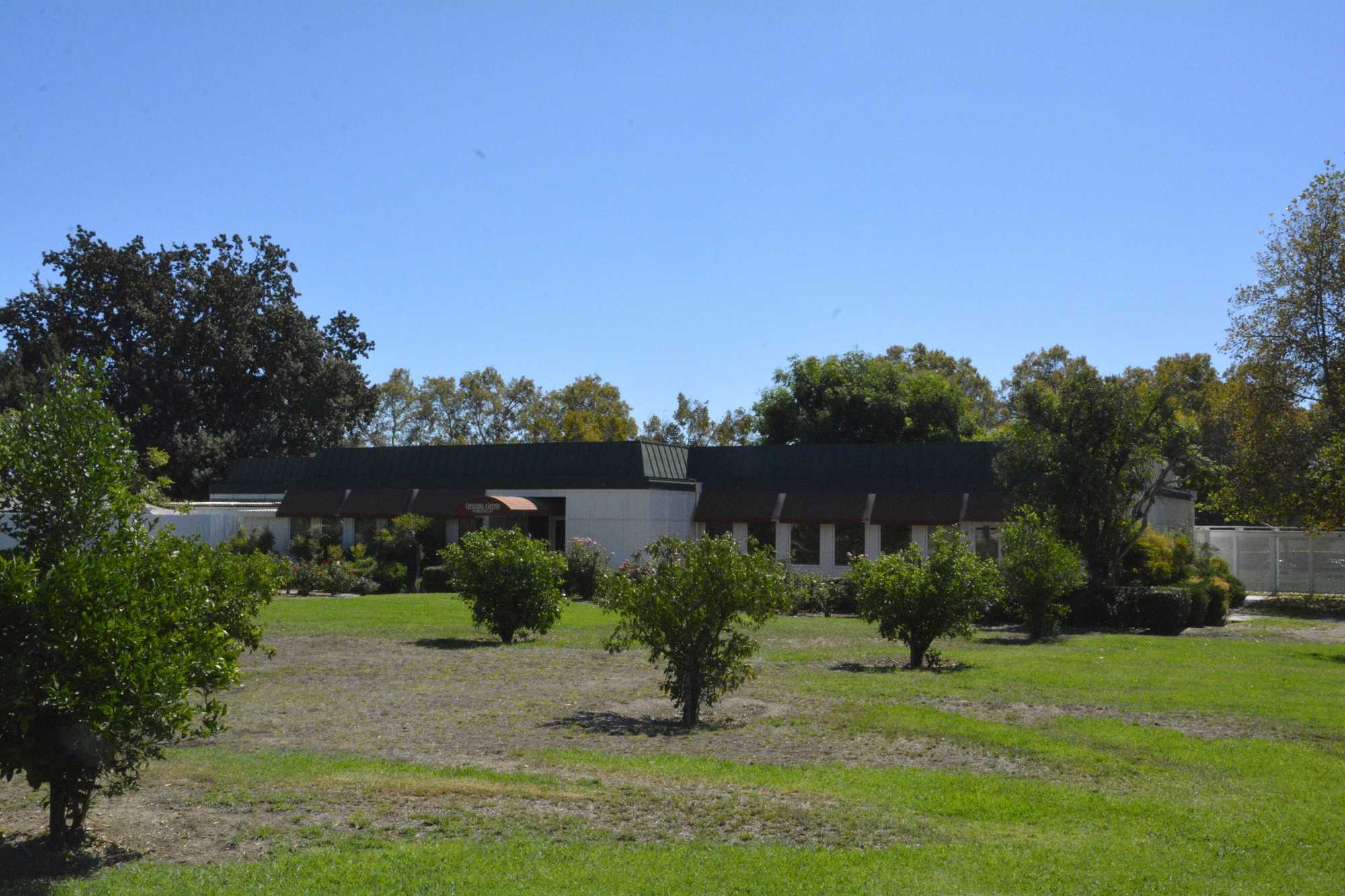 The hotel is planned to be built over where the Orange Grove Bistro is currently located, but more approvals are needed before construction begins. Photo credit: Ryan Mancini

The deadline for the request for proposal process of a hotel that is set to be constructed at the location of the Orange Grove Bistro will be Oct. 12.

Ken Rosenthal, associate vice president of facilities development and operations, said the plans went through a selection process in which the two top qualified developers were given the request for a proposal package, so that on Oct. 12, there should be two development proposals for the project.

Following this process, where it can possibly be denied to move forward with the project, the passed resolution will lead to an environmental impact study in January 2017 and a final approval from the CSU Board of Trustees. Depending on these factors, there will also be a determination regarding the path of construction for the project.

Rosenthal said the proposal wasn’t a done deal, the process still needs to go through the environmental piece and the Board of Trustees.

“We won’t exactly know the path until we see what the developers are proposing,” Rosenthal said. “Whether it is a mitigated negative declaration, whether it’s an amendment to our existing master plan, whether it’s a project level environmental impact report, we simply won’t know until we actually see the development.”

Rosenthal said the idea of the hotel began with a critical observation of the Orange Grove Bistro, concluding that as an older building, it will have to eventually be replaced in the future. Funding remains an ongoing issue at CSUN, and a renovation or replacement is not possible.

“We did a market study,” Rosenthal said. “It really shows that when we bring people to campus, we’re putting them in all these places that are really far away because we don’t have this amenity, and what would happen if we had it here, what could we do differently? That’s where it all started from, this discussion of what would this look like, what could it do, what would it be a benefit to the campus?”

Students who have heard about the program say there is no benefit, some claiming that it is narcissistic.

“I just think it’s ridiculous,” said Megan Chacula, 20, sophomore and undecided major. “They’re benefiting themselves rather than the students.”

Rosenthal said it will serve a greater purpose for lecturers, families of students, members of the CSU Board of Trustees, visiting athletes and recreation and management tourism majors. He also said the developer will be the source of funding for the hotel if approved.

CSUN is not in the hotel business, Rosenthal said, and will not be owning or financing it and will be run by a hotel chain such as Hilton or Marriott.

The price tag for this proposed structure will be around $200-300 million, Rosenthal said. Revenue from the hotel will be coming into the campus to fund various programs, develop new buildings, more parking structures, whatever it is, according to Rosenthal.

The plan was agreed upon by CSUN and the Northridge community, along with the school administration, faculty senate and Associated Students, that this will benefit visitors to the school who do not want to leave a hotel far from campus.

“We’re kind of in a donut hole, there’s really nothing in the northwest section of the valley,” Rosenthal said. “It’s very difficult to do it in Northridge when you have to travel half an hour to go from the hotel to the campus.”

The hotel plan is to feature 150 rooms and will be between four or five stories. The restaurant that will be either within or attached to the hotel lobby; will offer breakfast, lunch and dinner services to both hotel guests and students. This is in contrast to the Orange Grove Bistro, which is open from 11 a.m. to 2 p.m. only for lunch.

Students aware of the plan also asked why there is a plan for a hotel and not for more parking, an ongoing struggle for students every morning. While the hotel will include a parking lot, it will be specifically for guests.

Beltrame also said that he thinks the hotel will be beneficial for the school.

As for parking and traffic, the hotel should remove some of the congestion, Rosenthal said. At the same time that the hotel is to be finishing construction, in 2019, a new parking structure will also be ready for students and faculty.

Not only do other California colleges make use of hotels for similar purposes, all of the CSUs are looking at CSUN and its hotel as a test to see if they should include hotels on their campuses.