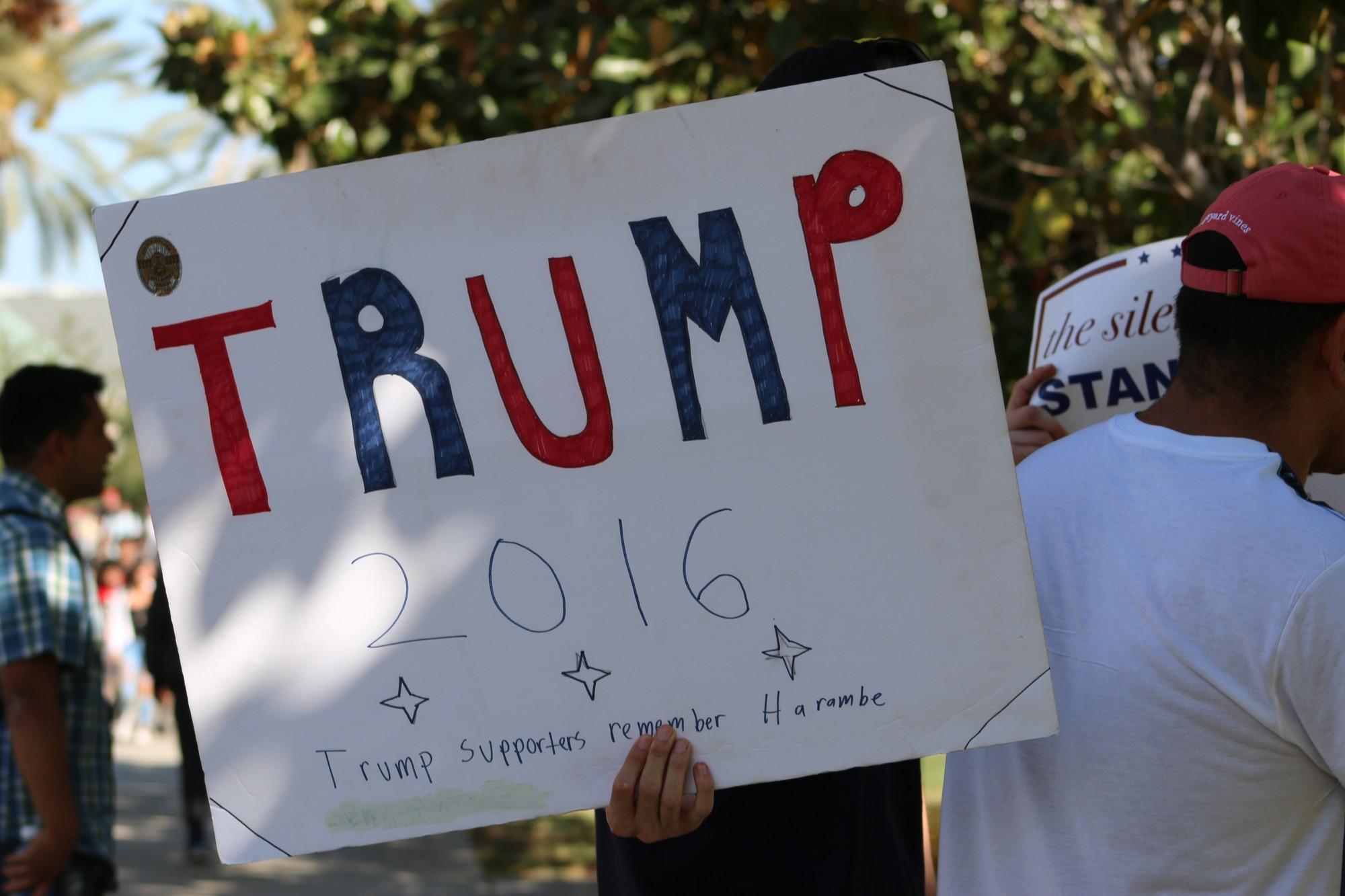 CSUN Trump supporters returned to Matador Walk on Wednesday evening to campaign and converse with students.

In a previous article written by The Sundial, the men were described as alleged Trump supporters.

The campaigners have been active at CSUN for about a month.

When asked why the anonymous source supports Trump, and the topics of military, tax cuts, immigration, and nationalism surfaced the conversation.

“He supports our men in blue, our military. He wants to have the biggest tax cut since the Reagan administration. He wants to simplify the immigration process so more people can come to the country legally. He wants to put America first, he’s all about nationalism, not globalism.”

The source also denies that racist remarks were made by the group back in the September encounter, referring to the quote, “Go back to your country.”

“We just wanted to see how much support for Trump there is on campus,” said the anonymous source, “That’s why we’re here.”

A few people signed up, according to the source.

Some difficulties expressed when reaching out to students on campus is getting turned down.

“Everyone says he’s racist,” said the anonymous source, “I say ‘why is he racist?’ They can’t back up their arguments, they refuse to listen. I can give them points and answers that completely diffuse their whole arguments, but they won’t listen.”

The group, according to the source, is looking for Trump supporters in order to expand their members until the election ends.