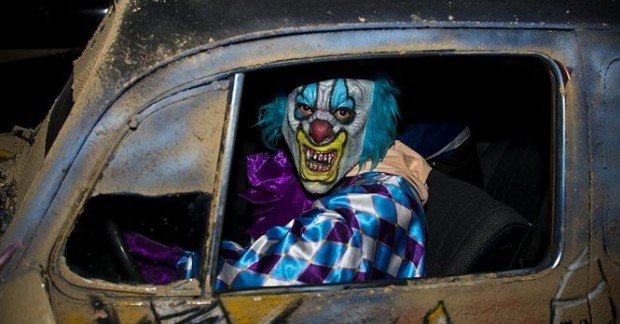 The appearances of clowns have become a trend nationwide and now a recent clown sighting on campus has started to terrify CSUN students after two female students were chased by a clown near the dorms Tuesday night.

The students were walking back to the dorms after a late-night study session when the clown started chasing them.

The person dressed as a clown wore a black jacket, yellow pants, and red hair. The two students made it to the housing building safely.

Maria Rubio, a business law major, said this clown sighting is most likely a joke.

“If it would have happened to me, I would have started yelling and running, you never know what could happen,” Rubio said.

“I’d be scared if I was in the position of the students. I would probably start running right away,” Yanez said.

Martin Vargas, a management major, said he fears clowns, so he hopes not to encounter a clown chasing him.

“It’s creepy that a person dresses as a clown, trying to scare students,” Vargas said. “I just don’t understand why you would wear a costume.”

Sahithiya Mankkaleswaran, a biochemistry major, lives in the dorms and was unaware of this clown incident.

“I think it’s a matter of security, so I feel like police or administration should have notified us, “Mankkaleswaran said.

Elisa Brodie, a CTVA major and an RA at the dorms, wasn’t surprised a clown was near campus with all the other incidents going on this month.

“I have a sense of humor, but I don’t think that was okay, it’s just overall creepy,” Brodie said.

Senior Hannah Bubrick is unsure if it’s just a hoax or a crazy clown running around but is not worried about it.

We tried to reach campus police and residential housing for more information, but there was no answer.