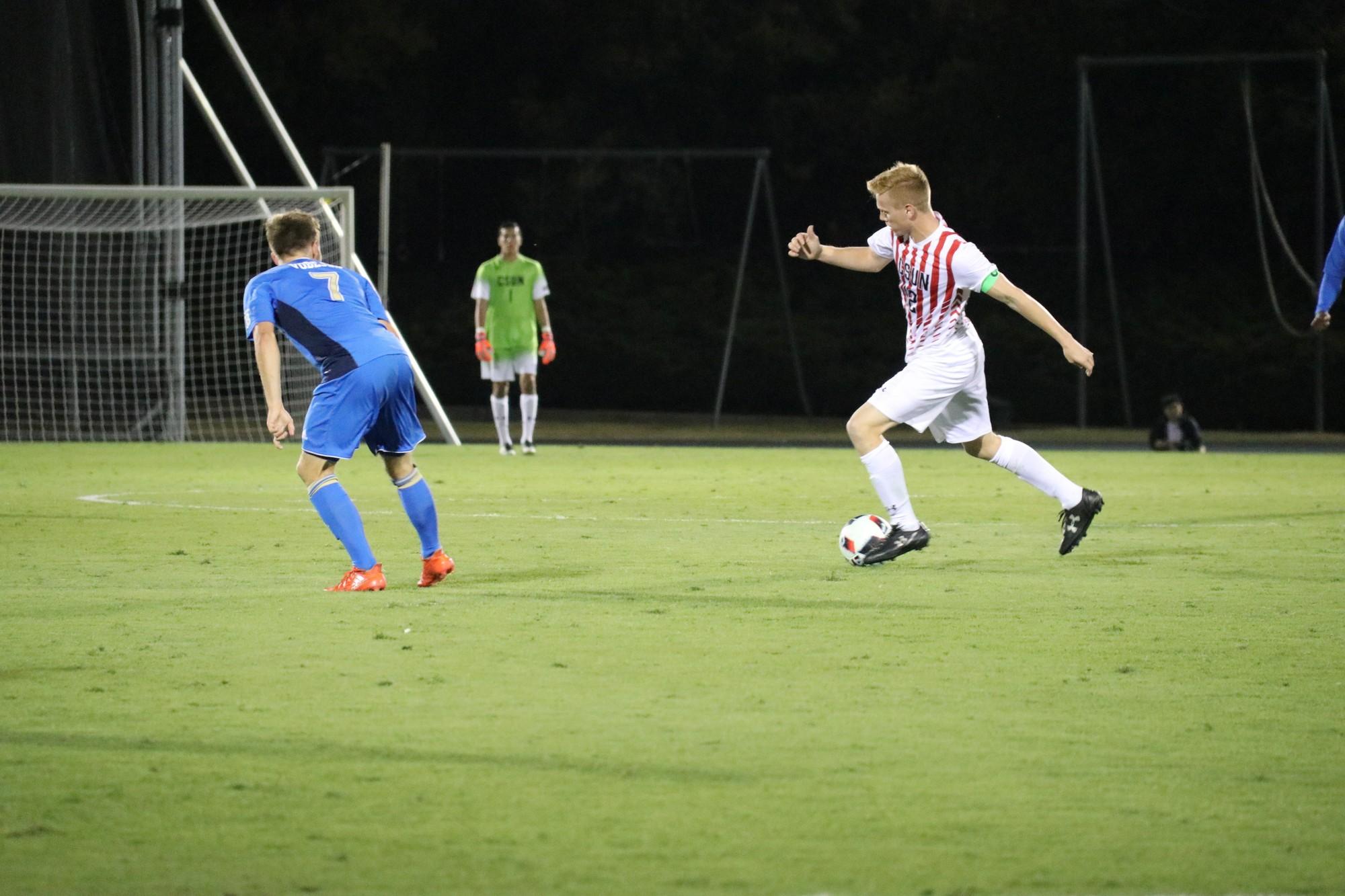 The CSUN men’s soccer team record is 5-4-1 overall and 2-0-0 in the Big West Conference at the halfway mark of the season.

The Matadors have a few impressive wins this season against Cal Berkeley, UC Davis, and Sacramento State. They have fallen on the road against two teams ranked in the nation, UCLA and Utah Valley.

The Matadors have five road games left in the season, all against Big West Conference opponents. They will visit the stadiums of teams like UC Santa Barbara, Cal Poly, and Cal State Fullerton.

They have three final home games left for the season. They will host Cal State Fullerton on Oct. 12, UC Irvine on Oct. 22, and UC Riverside on Oct. 29. The UC Riverside match is also senior night which is the last game for the seven seniors on the squad.

Coach Terry Davila spoke about his team’s goal for the second half of the season.

“To win the next game. I swear we can’t get too far ahead of ourselves, if we do we are in trouble. I know it’s cliché, but we have to,” Davila said.

When asked what the team’s goal is for the second half of the season, midfielder Shane Steffes responded that it was to win.

When asked how the team planned to achieve their goal, midfielder Richard Martinez responded they needed to win as many games as they could over their Big West rivals.

“We started off the Big West with a big win against Davis, that was really important, and if we can get as many points playing against the north side of our division then we will be perfect going into playoffs or Big West,” Martinez said.

For the remainder of the season the players to watch are senior goalkeeper Kevin Marquez who has one shutout in two Big West games. He has made many impressive one on one saves this season which have kept the Matadors in position to win games.

The duo in the middle of the defense, seniors Gabe Robinson and Patrick Hickman, have been the backbone of a strong defensive squad. These two players have made life difficult for opposing strikers, on the ground and in the air, and when they have stolen the ball are able to start the Matadors attack forward.

Senior midfielder Juan Fernando Samayoa has been the Matador’s leader on the offensive end. He has four goals scored in the season, two against UC Davis from the penalty spot.

The Matadors continue their season when they visit UC Santa Barbara on Oct. 8.