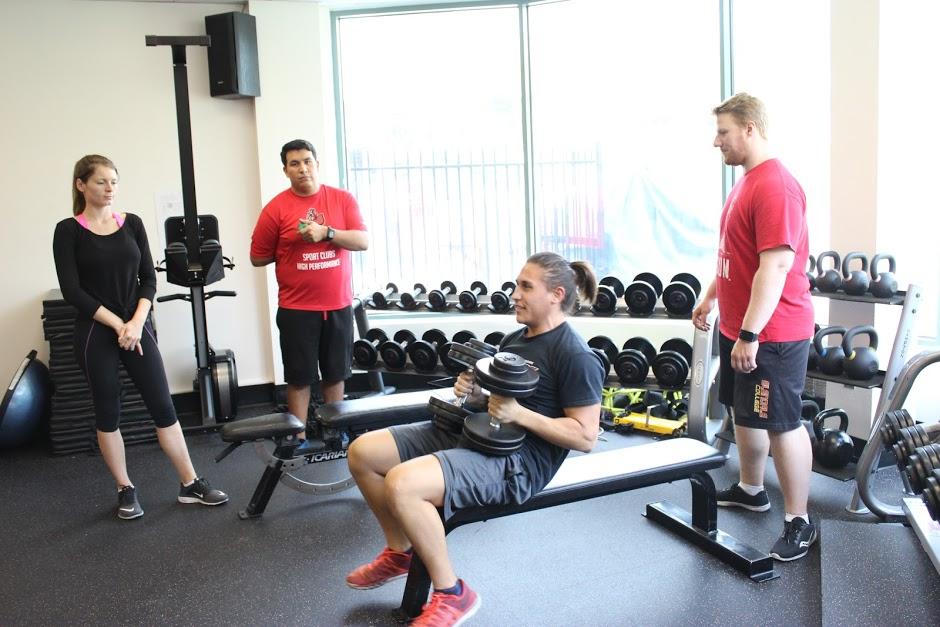 The Sundial recently ran a few articles highlighting several campus sport clubs, but many may not be aware of just how robust the overall Associated Students Sport Clubs program is.

John Paul “JP” Gale has been with the program for five years and now serves as Sport Club Manager.

“When I got here there were around 18 teams, now we have 29. Funding was minimal and now it’s one of the best programs in California,” Gale said. “We have over 1,100 participants and our teams and athletes compete in league play and national tournaments.”

Their numbers may not seem out of the ordinary, but after a closer look, they are pretty remarkable considering CSUN’s sport club rosters more than double that of NCAA athletes on campus. That current roster-count is up from 300 in 2011 and their current annual budget of $540,000 dwarfs the approximately $65,000 the program received just five years ago.

In addition to overall program support, that budgetary increase allows CSUN to address the growing concern of athlete safety as it’s one of only a few campuses nationwide with a dedicated, full-time athletic training staff for its sport clubs program.This was needed after the addition of such high impact sports as boxing, ice hockey, rugby, and lacrosse, and Gale says they are ahead of the curve regarding participant care.

Wyatt Blue is the Head Athletic Trainer for sports clubs at CSUN and said the capacity and competitiveness of the sport clubs program would be significantly compromised without their department.

“Without our athletic training staff, students would not be able to receive the care they need to participate in sport clubs. We provide priority referrals and follow-up care with physicians both on and off-campus, provide rehabilitation for sports injuries right here on campus, as well as injury prevention and strength and conditioning programs,” Blue said.

Blue continued, “We also have a fully functioning athletic training clinic and weight room dedicated strictly for sport clubs. Our teams compete at similar levels as NCAA athletes and want to the the best they can be, and we help facilitate that.”

Not only does CSUN boast one of the best programs in the state, the program is also setting trends elsewhere.

“Every month or two we’re contacted by other programs looking to start or build their program and asking for advice. It has been great to serve as a program model for other universities as they develop their sport clubs athletic training programs,” Blue said.

For all the program’s success, Gale is quick to point out that he has a great staff, and the students are the backbone of their individual clubs—he relegates himself to more of an advisory position.

“My main focus is advising the students on how to make their club as successful as they want it to be and making sure they’re in line with campus policies,” Gale said.

According to Gale, the student-leader aspect is one of the primary benefits to the program.

“It’s great leadership development for the students who take over a sport club. Building [the clubs] up to be competitive regionally and nationally takes years of preparation through fundraising, recruiting, scheduling, and strength and conditioning. A lot of our clubs that have been successful are successful for a reason; they bought into the system,” Gale said.

Some may not realize just how competitive these clubs are.

Gale continues, “California doesn’t really have collegiate hockey, rugby, boxing, and lacrosse, so CSUN’s student-athletes are competing at the highest level in the state in those sports.”

Nate Warden is Sport Club Coordinator and after a successful stint in the sports club program at the University of North Carolina, he brings that knowledge and experience to CSUN.

“A lot of our participants were varsity athletes in high school and want to continue competing, and we offer that through everything from contact sports to competitive dance teams. It’s a different feeling when they’re able to represent their university while rockin’ the CSUN jersey,” Warden said.

With the build-up and success over the last five years, students actually get recruited to come to CSUN to be members of certain sport clubs. Along with their coaches, current students who are on teams will recruit, and the department helps by providing outreach materials.

“Sports-A-Palooza” was held on campus a couple weeks ago to help garner more interest in the program, resulting in more than 1,600 student sign-ups for tryouts. And that number does not include returning athletes.

Even though most sign-ups were by hopeful participants, the clubs aren’t solely for athletes—anyone interested can get involved.

“There are lots of people that help out with tasks and volunteer. If someone wants to be a part of the club, but isn’t able to compete, they can still join a sport club,” Gale said.

The clubs are on the cutting edge in many areas, and Gale and his staff started the Matador Sports Network three years ago to cover the teams and their events.

“This year we’re planning on live streaming some of our games, and that’ll be free on YouTube if all goes according to plan. It’ll be one or two teams per weekend based on home schedule, and we’ll see how that goes depending on interest level,” Gale said.

He also opened the door to participation with the network, allowing more students outside the program are able to get involved.

“We have commentators set up for hockey but need some for other sports. Students interested in doing camera work and play-by-play are what we’re looking for,” Gale said.

Rosters are being finalized right now and as the seasons go on, students will be able to see posters throughout the USU and SRC for various games and events. The program is also coming out with a newsletter that will have all the games listed for the upcoming weeks

and recaps of what’s happening in the various clubs.

From nationally competitive teams to instructional and recreational clubs, there are around 30 sport clubs on campus, and that number continues to grow.

From athletes and coaches, to team managers, volunteers and commentators, everyone on campus can find something they are interested in.

“If you’re not into volleyball, basketball or baseball, there are tons of other sports teams you can come watch and follow,” Gale said.