CSUN cross country at the half way mark 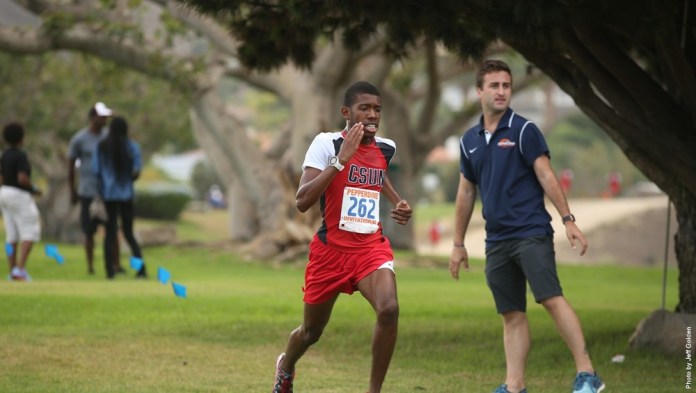 The CSUN men’s and women’s cross-country teams have had dissapointing results up to the halfway point of the season. Both teams have finished in the bottom half of their first three events to start the year.

At the Sacramento Capital Cross Challenge last week the men’s team finished last out of 16 teams in the race and the women finished 12th out of 15 teams in their meet.

Senior Rachel Naumann has been a bright spot so far for the women’s team as she finished 29th with a time of 21 minutes and 30.2 seconds in Sacramento. She has been the top finisher in all three of CSUN’s meets this year, finishing in 26th place at the UCR Invitational and 30th place out of 94 participants at the USF Invitational.

The closest runner next to Naumann during their last race was senior Rachael Duriez, who finished in 95th place at an overall time of 22 minutes and 34.2 seconds.

The men’s team has finished in last place in two out of their three meets so far this season, with sophomore Michael Merchan being the Matador’s top runner in the last two events finishing in 89th place at the Capital Cross Country Challenge and 28th place at the UCR Invitational.

The other top place finisher so far this semester for the men’s squad was sophomore Mario Ramirez who finished in 52nd place at a time of 26 minutes and 0.2 seconds, just ahead of Merchan who finished in 53rd place and 0.3 seconds behind Ramirez at the USF Invitational.

The next meet for both teams will be at the Highlander Invitational at UC Riverside on Oct. 15 at 7 a.m.