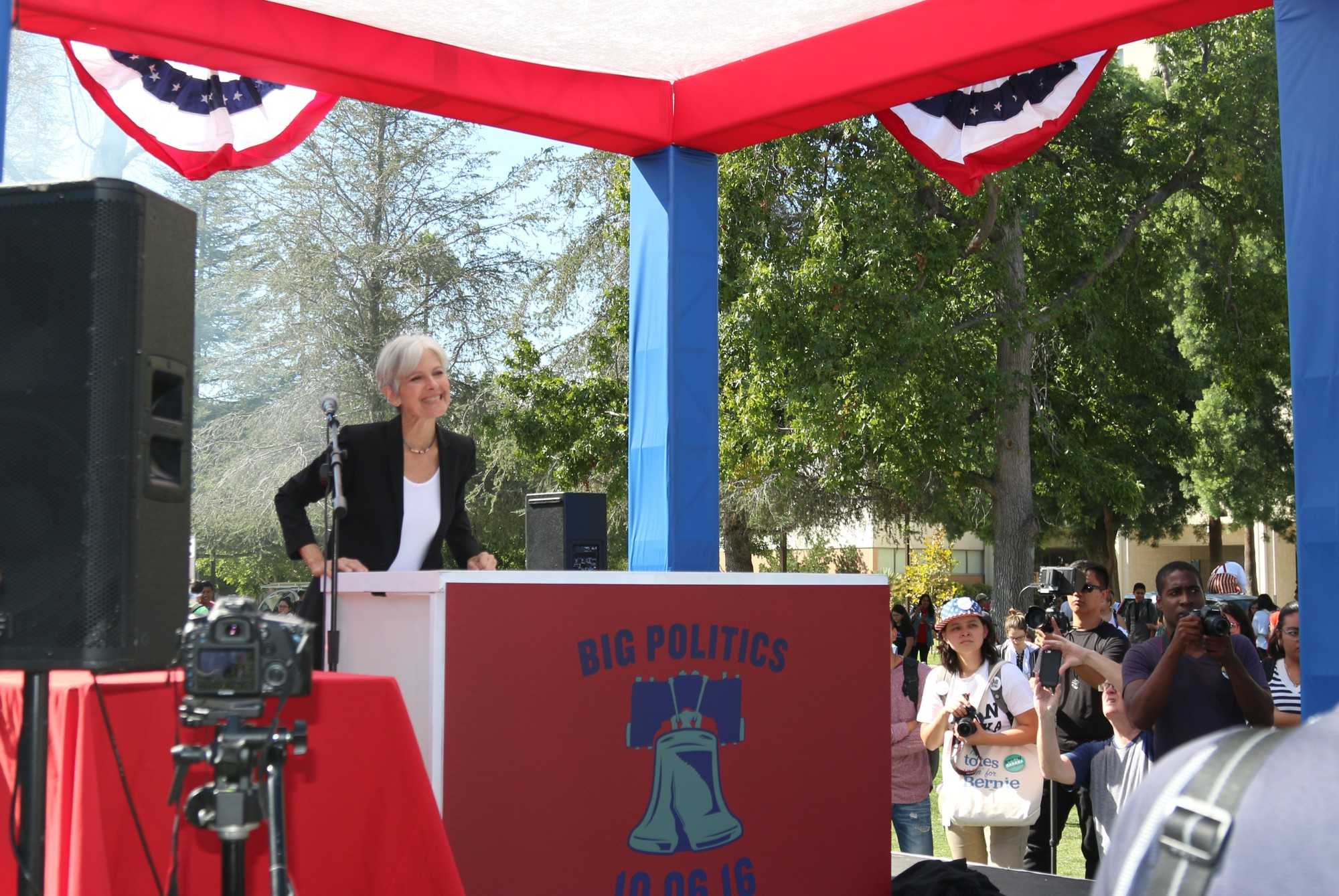 Green party presidential candidate Jill Stein visited CSUN today and held a rally in front of a crowd of roughly a hundred people in the Sierra Quad.

The event was part of the Associated Students’ “Big Politics Fair” that was organized to educate and encourage students to vote in this year’s presidential election.

Before giving her speech, Stein met privately with members of AS and The Sundial reporters to speak about her campaign and the issues she aims to tackle if voted as president.

One topic of discussion, which seemed to come up on multiple occasions, was student debt and the concept of free higher education.

“There are 43 million young people who are locked into student debt and it’s very hard to repay.” Stein said. “We found a way to bail out Wall Street, the crooks who crashed the economy, and that was a tune of 16 trillion dollars.”

On her way to the stage, Stein expressed how she felt about the accessibility of college education and the need for a liberation of student debt.

“In the 20th century, we [the government] paid for a high school degree because it was essential to survive. In the 21st century, you need a college education to survive.” Stein said.

Stein later said debt forgiveness for students was not only the right thing to do but could also turn out to be a very effective stimulus package.

By allowing graduates the freedom to pursue well paying careers rather than multiple low paying jobs, due to the pressures of student debt, Stein believes they would be more inclined to spend money and circulate wealth back into the economy.

Stein also spoke about why there have been so few third party candidates represented in the presidential elections.

“In recent years, there has seemingly been a war against the third parties.” Stein said.”As wealth has become more and more concentrated over the past many decades, the two major parties have become more and more the political elite, representing the economically elite.”

“The majority of Americans are clamoring for other voices and other choices and rejected the two major candidates,” Stein said, in reference to Donald Trump and Hillary Clinton. “It’s really nuts we’re not hearing more from third party candidates. We should be in the debates.”

While she did receive a warm welcome on campus as she took the stage to give her speech, Stein will be facing tough odds in the elections, seeing that she is only polling at 2.4 percent, according to RealClearPolitics.com.