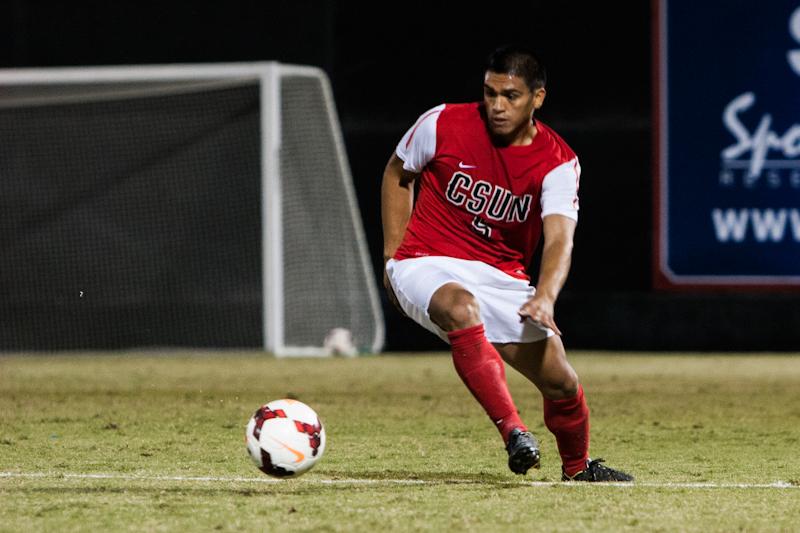 The CSUN men’s soccer team visited the Cal Poly Mustangs and settled for a 1-1 draw after extra minutes.

The Matadors entered the game as the Big West South leaders and wanted to add Cal Poly to their list of victories. The Matadors looked to keep pressure on UC Riverside who trail them in the standings.

For the Mustangs, the Big West has been unkind to them as they sat as the bottom dwellers in the Big West North, having lost their two conference games.

The Matadors saw that when the Mustangs drew first blood taking the lead in the 37th minute of the first half.

The second half continued to be an even game. The Mustangs continued to go forward and look for a second goal that would give them their first Big West victory. The Matadors continued to look for the equalizer and a chance to make it 3-0 in the Big West.

Matador keeper Kevin Marquez made three big saves in the 55th, 60th and 65th minute to keep the Matadors down by a goal. Those saves came when the Mustangs made a big push to seal the victory, but Marquez’s saves allowed the Matador attack to continue looking for a chance to score.

The Matadors persistence paid off in the 74th minute when they found the equalizer off a free kick. The ball was sent into the box where midfielder Juan Fernando Samayoa was able to head it towards goal, but saw it get deflected and land in front of defender Patrick Hickman who was able to poke it into the open net.

After 90 minutes the Matadors and Mustangs remained tied at 1-1 and went into overtime.

In the first ten minutes of overtime, the Mustangs were the more aggressive team. They created several chances to score the golden goal and give them the victory. The Mustangs saw a shot go over the right post and a header off a corner kick go straight into the chest of keeper Marquez.

In the second ten minutes of overtime, the Matadors took the reign as they looked to go forward and score the winner. The Matadors attack saw a chance when midfielder Dre Deas was able to make a run into the box and sent a left footed shot which the keeper stopped.

After 110 minutes the Matadors had to settle for a tie with the Mustangs and improve to 2-0-1 in Big West play.