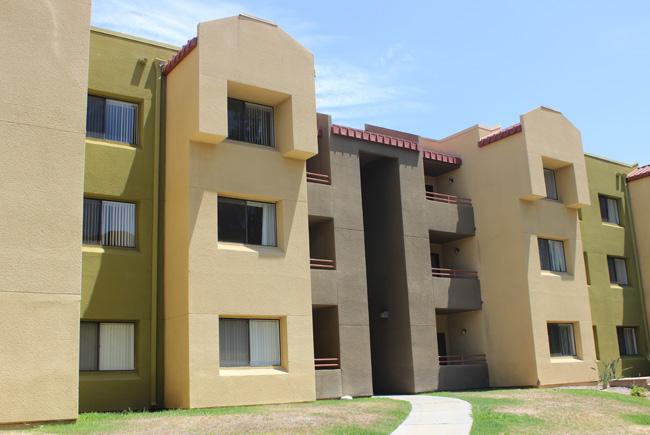 According to the report, drinking rates are highest in fraternities and sororities, and then followed by on-campus housing. This is in comparison to students who live off-campus, who have been reported to drink less, followed by commuter students who live with their families, who drink the least.

High drinking rates among on-campus students can sometimes be a result of increased peer pressure in colleges, where excessive drinking is seen as the norm, according to the Peer Influences on College drinking: A review of Research.

“[Peer pressure] is higher at the dorms because there are a lot of freshmen coming in and a lot of them want to be cool and party which causes them to drink,” said Gabriel Carmona, a criminology major, who lived on the CSUN campus for two years.

Although he said he never experienced peer pressure personally, he did see it frequently.

“When I saw it happen I didn’t do anything to stop it. I would only interfere if it was getting out of hand,” Carmona said.

Nevertheless, Carmona said he was influenced positively while living in student housing.

“The dorms gave me a chance to meet friends and gave me resources to be successful, especially during finals when we were all stressed,” Carmona said.

For Kathy Holmes, a business management major, peer pressure was something she experienced on her first day at the dorms.

“People had already started to fall into the stereotypical college life, only wanting to have fun, which you can of course do, but if you pace yourself” Holmes said.

Holmes admits that not falling into peer pressure can be hard, but it’s easier to achieve when you have support. In her case, she said her girlfriend keeps her grounded.

“If I’m not in the mood or have to get up early I just say ‘sorry guys, I have class in the morning’ and more people have gotten better at understanding those things,” Holmes said.

When it comes to the underage drinking in the dorms, Holmes said she’s seen it happen but only during special events like birthdays. However, it is a lot rarer than she imagined.

“I don’t want to throw anyone under the bus but the rules are not followed a lot”, she said. “I mean, you can’t really enforce the rules if you do not see anyone doing it.”

The report is presented in a brochure for CSUN’s Resident Hall Association (RHA) at CSUN in order to help their Resident Advisors (RAs) tackle the issue of alcohol abuse on campus.

Recommendations are given on how to prevent, intervene and deal with college drinking in their “What Peer Educators and Resident Advisors Need To Know About College Drinking” guide. For example, knowing how to identify established drinking problems and learning how to offer help to students in need.

The alcohol and drug consumption policies at CSUN dorms are strict. For example, students under the age of 21 are strictly prohibited from consuming, possessing or being in the presence of alcohol, according to the CSUN Student Housing Handbook.

The handbook also states that residents over the age of 21 are allowed to consume alcohol, but only in their residential unit with the door closed and “not in the presence of anyone under 21 years of age” or in “a large group or party where the main purpose appears to be drinking alcohol.”

The use and possessions of illegal drugs such as marijuana is also strictly prohibited at CSUN and the handbook states that “residents suspected of violating this policy may be confronted by staff members and/or by civil authorities.”

Although the Annual Campus Safety Plan Report of 2015 didn’t specify if the reported violations related to alcohol and drug use were specifically at the Student Housing, it does provide them for the entire campus.

During the 2014 calendar year, 165 occurrences and/or arrests were reported for illegal drugs and 43 due to alcohol intoxication throughout campus.