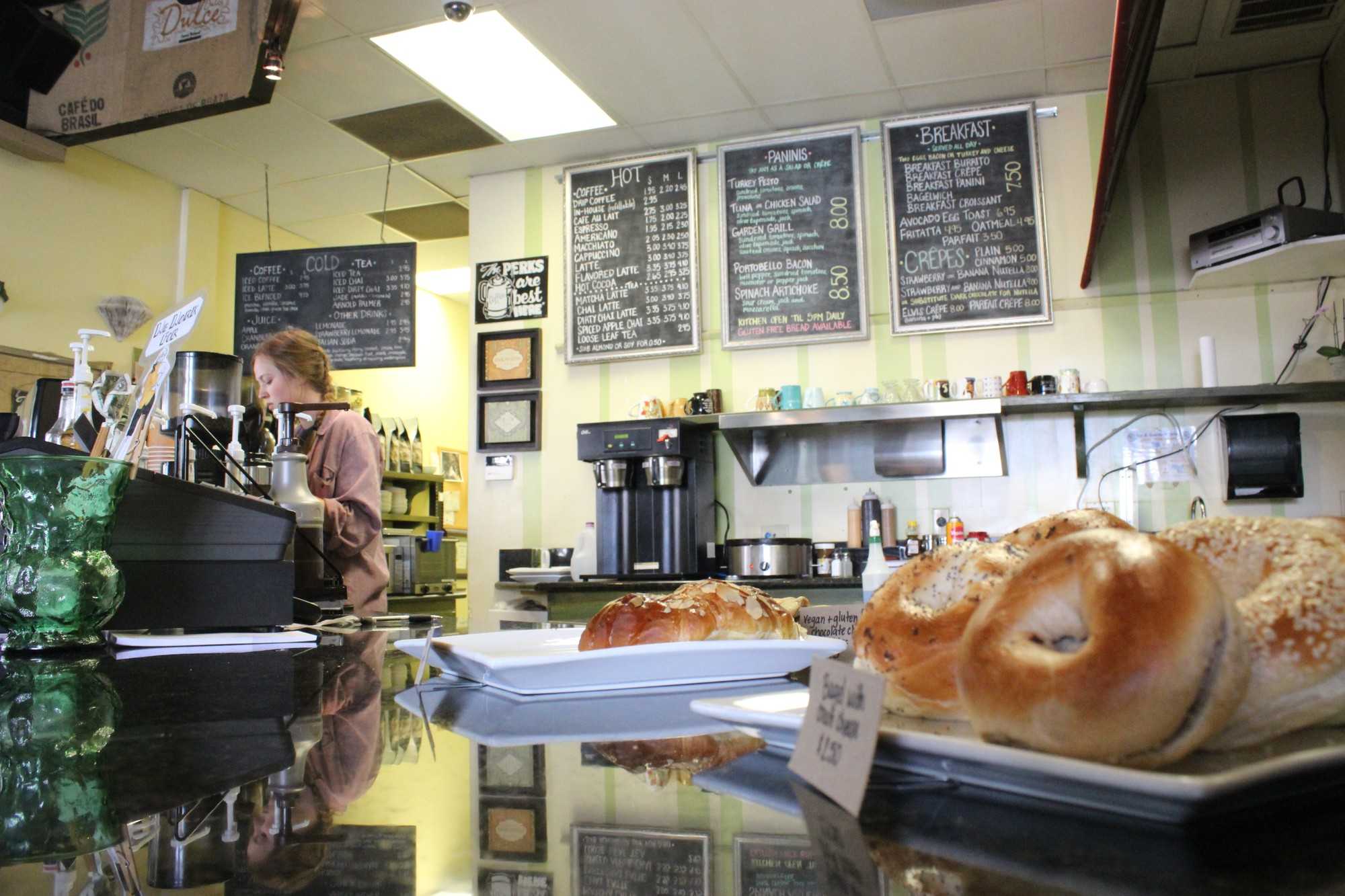 There’s no doubt students across campus have their own picks for Northridge’s best food stops. With flavor opportunities on every corner, students have an array of local eateries to choose from.

For a relaxing bite to eat, students can head over to Gayle’s Perks on Nordhoff and Balboa. The quiet coffeeshop tucked in the corner of a shopping plaza is a popular spot for students to get some daytime studying done. With a take one, leave one library and an outdoor patio, students can indulge in the cozy, homey vibe.

“The mason jars, the library … everything about it just feels inviting,” Rincon says.

Mulvihill explained that ramen is what the restaurant does best.

“People have their favorite places, but I’m right down the street,” she said. “I don’t need to go anywhere far for a good bowl.”

Futaba is also located next to Boba My Tea, a local boba place that often has lines out the door. They offer students dozens of drinks and a laid-back ambiance, including projected music videos and dim purple lights, an environment many students enjoy.

“If I go to Futaba, I usually grab some boba when I’m done,” Mulvihill said.

The restaurant holds favorites that vary between traditional Japanese, American and even Mexican dishes.

Student Nicholas Rangel says the variety at the restaurant makes it his top valley pick.

No matter what your favorite food is, chances are there is something in Northridge that fits exactly what you’re looking for. Take a chance to explore the city and find some favorites of your own.