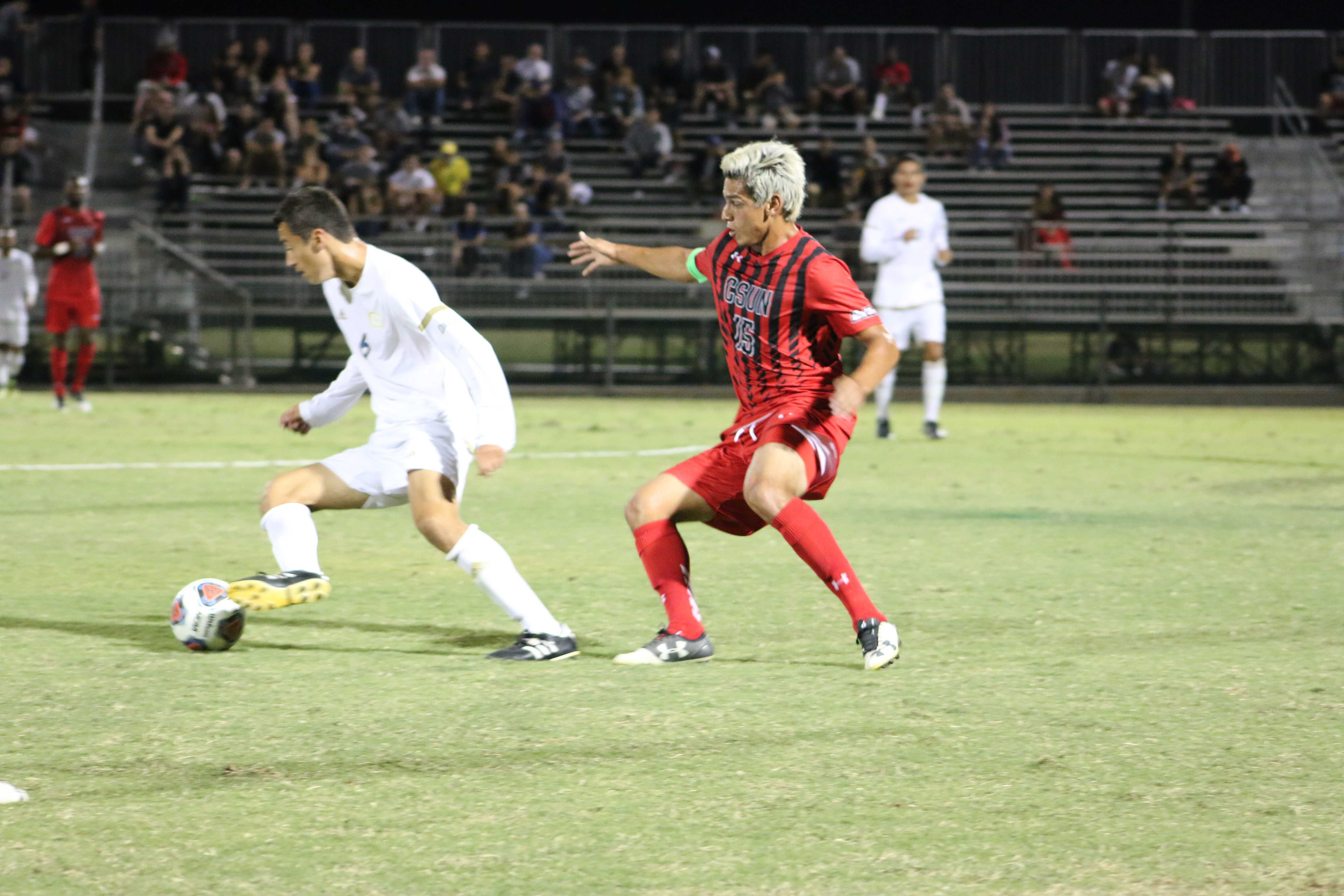 The CSUN men’s soccer team fell to the UC Santa Barbara Gauchos 2-1, in a lackluster performance by the Matadors.

CSUN and UCSB came into the game with a Big West record of 2-0-1, making this a match between the Big West North and South division leaders. This game represented the last game between the two divisions and would determine who would have home field advantage in the Big West tournament.

The Gauchos dominated all 90 minutes, taking advantage of the Matadors many mistakes.

In the first half the Matadors were stunned to see a high press by the Gaucho front line.The high press worked perfectly as it forced the Matadors into making a mistake in the 6th minute when they were unable to clear the ball.

The clearance became a pass to Gaucho forward Noah Billingsley who made a pass across the box to defender Dalton Pando who pushed the ball into the back of the net.

The Matadors went forward looking to equalize but in the 20th minute the Gauchos netted a second goal.

Gaucho midfielder Lamar Bautista sent a long ball above the Matador defenders to forward Ahinga Selemani. He controlled the ball and pushed it past rushing Matador keeper Kevin Marquez, sliding the ball into the open net.

The Matadors were able to score in the 35th minute when midfielder Edwin Quiroz took advantage of an opportunity presented to him by a bad clearance from the Gaucho defenders. He found the ball in the box and was able to send a low shot into the bottom right of the net.

The half ended 2-1 and it looked like the Matadors where going to be able to turn the game around.

However, in the second half the Gauchos took possession of the ball and the game giving the Matadors little to chance in find an equalizer.

The Gauchos held the Matadors to only three shots on goal, all saved by their keeper. Marq.uez made some impressive saves for CSUN to keep the score close as the Gauchos pressed forward looking to get a third goal.

As the time got closer to the 90 minute mark, the Matadors began to look fatigued from their double overtime game against Cal Poly on Thursday.

The Matadors did have one final chance to force overtime in the final seconds of the game, but their last shot was blocked by a sliding Gaucho defender.

The game ended with that play and Matadors fell to 2-1-1 and second place in their Big West division.

The Matadors next opponent will be the Cal State Fullerton Titans at Matador Stadium on Wednesday, Oct 12 at 7 p.m