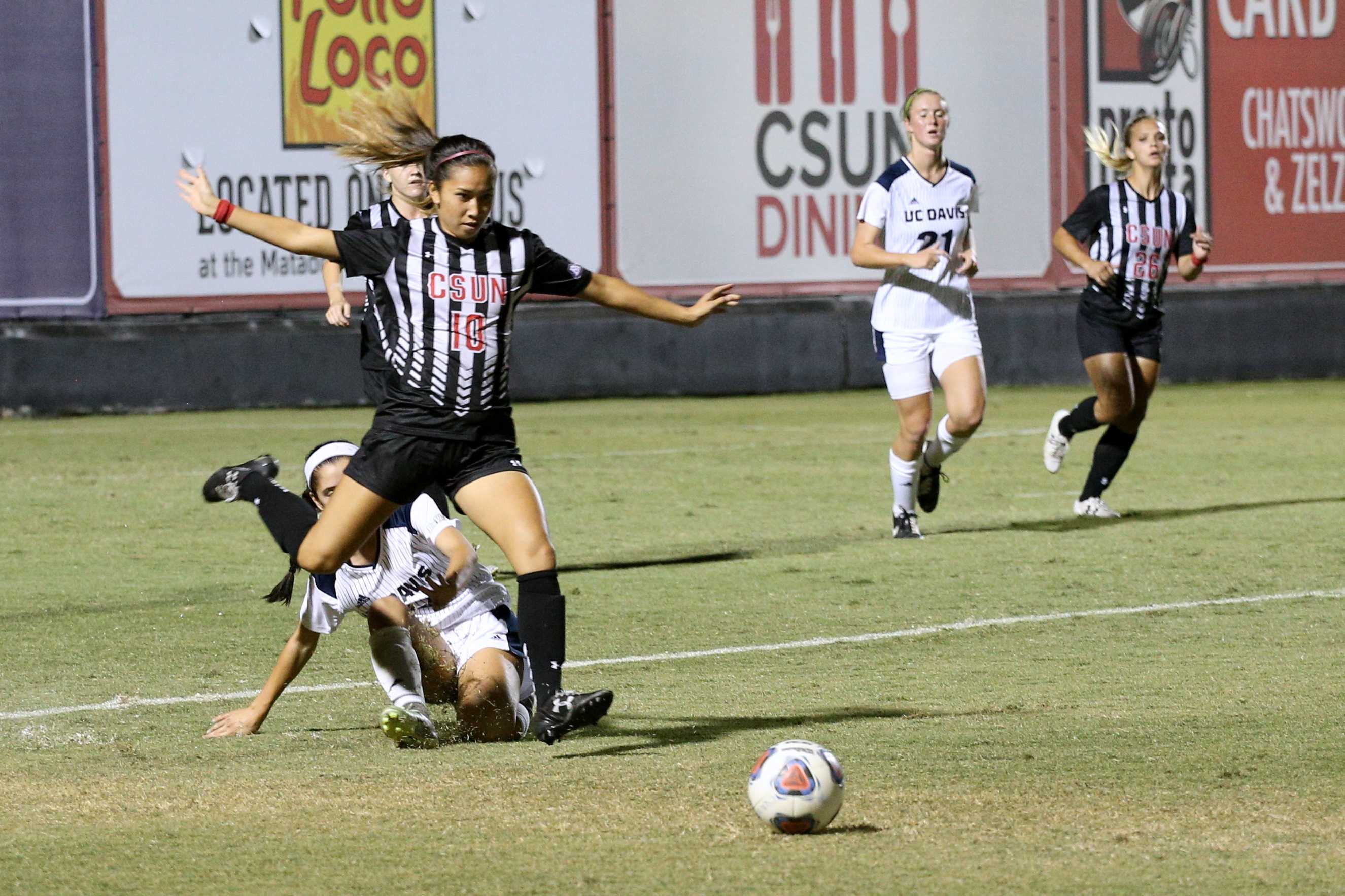 The CSUN women’s soccer team recorded their 11th shutout of the season and won their second straight game on the road with a 1-0 victory over the Cal Poly Mustangs.

The Matadors visited Cal Poly looking to keep pace with the three teams ahead of them in the Big West standing. Cal Poly, second to last in the standings, had only lost one game at home and were looking to get all three points against the Matadors.

For the CSUN women’s soccer team, their defense continues to be their greatest strength. The Matadors defense was on point all 90 minutes limiting the Mustangs to very few scoring opportunities.

The Matadors offense continued its impressive form from their previous game. The ball movement was quick and on point giving the Matadors plenty of chances to score.

In the 25th minute, the Matadors found their only goal off a set play from the corner kick. Forward Kourtney Kutscher passed the ball to forward Cynthia Sanchez on top of the box, where she sent a shot on goal. Sanchez’s shot hit the top of the crossbar and bounced in front of the goal where defender Lindsay Kutscher was able to beat her defender and tap the ball into the back of the net.

The final 45 minutes showed how difficult it is to score on the Matadors defense. They smothered the Mustang attackers with double team traps and beat them to all loose balls. The Matadors defense was dominant all game, making little to no mistakes in the afternoon.

The Matadors will play UC Riverside at home on Thursday, Oct. 13 at 7 p.m.