Nike’s Releases ‘Back to the Future’ Inspired Shoes 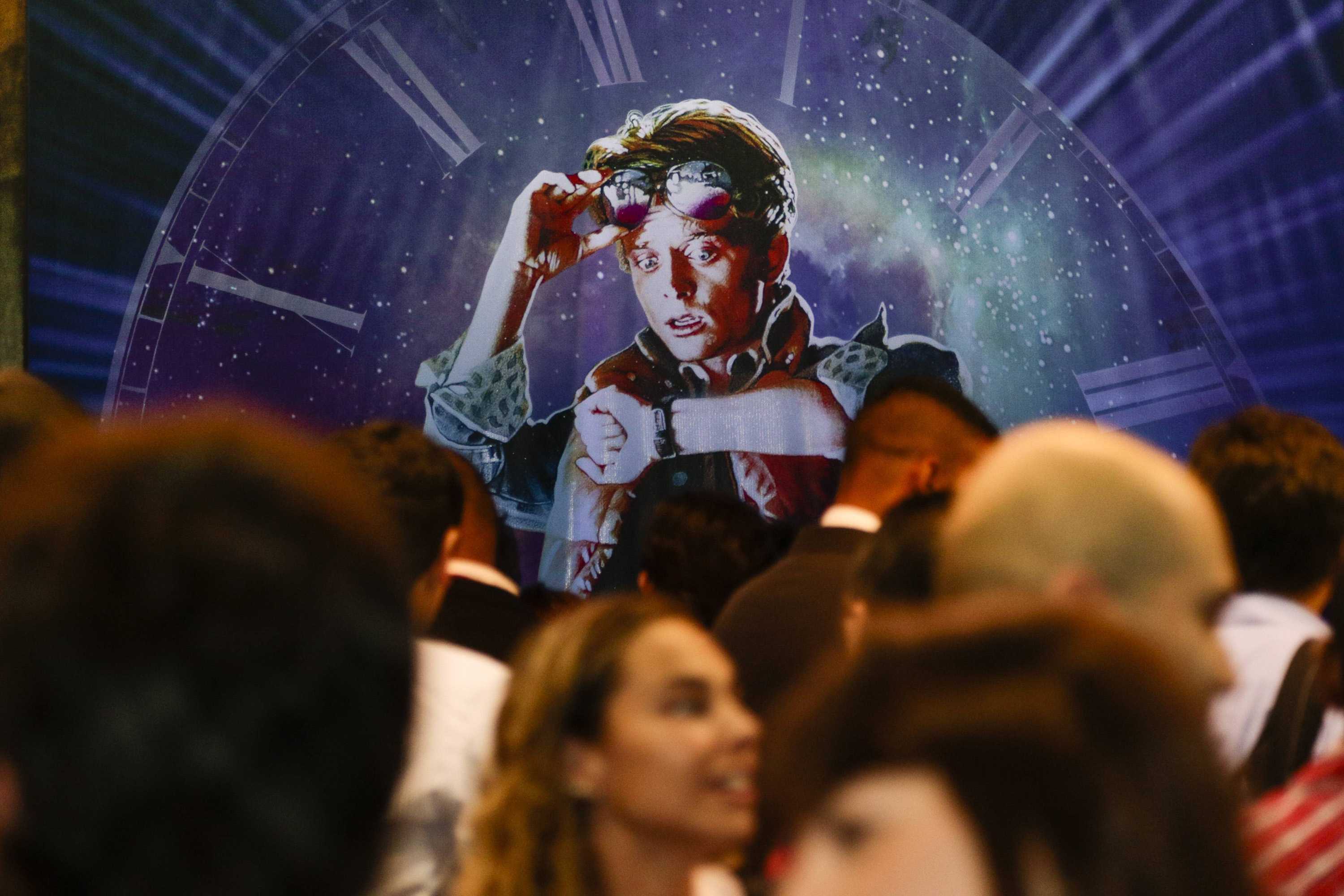 Fans attend the movie marathon showing at the Cine Odeon, with classic films "Back To The Future" celebrating 30 years of the series on Oct. 21, 2015 in Rio de Janeiro, Brazil. The marathon takes place on the very day that the character of Michael J. Fox comes to the supposed future. (Imago/Zuma Press/TNS/MCT)

First seen on the feet of Marty McFly in the second installment of the “Back to the Future” trilogy in 1989, the technology of self-tying laces finally exists and is being made available by Nike 27 years later.

Nike’s newest release, the 2016 Nike Mag, comes equipped with an “Adaptive Fit” feature that allows the shoe to automatically tie the laces as well as adjust the fit of the shoe to the unique shape of the wearer’s foot. The shoe essentially feels when the wearer’s foot is inside the shoe and it tightens or loosens based on the individual’s foot.

“They are honestly pretty cool, but also a little bit gimmicky,” Management major Kyle Kishimoto said. “I think the appeal stems mainly from the ‘Back to the Future’ nostalgia.”

This release is only the beginning of this adaptive fit technology, however, as Nike has plans to release their first wide release adaptive fit shoe with the Nike Hyperadapt 1.0 in November.

“I feel like they made it just to make money, there’s no need for it,” said Alfonso Flores, a sociology major. “I don’t think I would buy them, especially if it is overpriced, which is inevitably will be.”

“I can envision a future where every single shoe release comes equipped with the self-lacing technology,” shoe collector Chen Liu said. “I’d definitely be interested in buying a pair for myself as long as they’ll pair well with a casual or daily outfit.”

Liu has been collecting shoes for close to half a decade and has lost count of how many pairs he owns.

Others disagree and believe the self-tying technology would be best suited as a niche market and nothing more.

“I don’t think they can become the standard lacing system on all shoes because of the sacrifice in performance due to the insertion of the battery and motor,” Kishimoto said.

This adaptive fit technology isn’t the only recent sneaker innovation however, as other brands such as New Balance and Adidas have come up with their own technologies in recent years.

“It’s hard to say what the next big breakthrough in technology could be,” Kishimoto said. “Maybe it’s 3D printing or something as simple as a new design and material like Adidas’, Ultra Boost or Yeezy Boost.”

Over the past three years, Adidas has been releasing shoes with their Boost technology, which is a collection of small cushioned capsules that offer maximum comfort. Meanwhile, New Balance has recently been experimenting with 3D-printing.

Technology as a whole is changing on a daily basis and that technology is easily applied to sneakers. Nobody truly knows what the next big step in the sneaker world will be, but Nike’s self-tying laces are a step towards innovation.