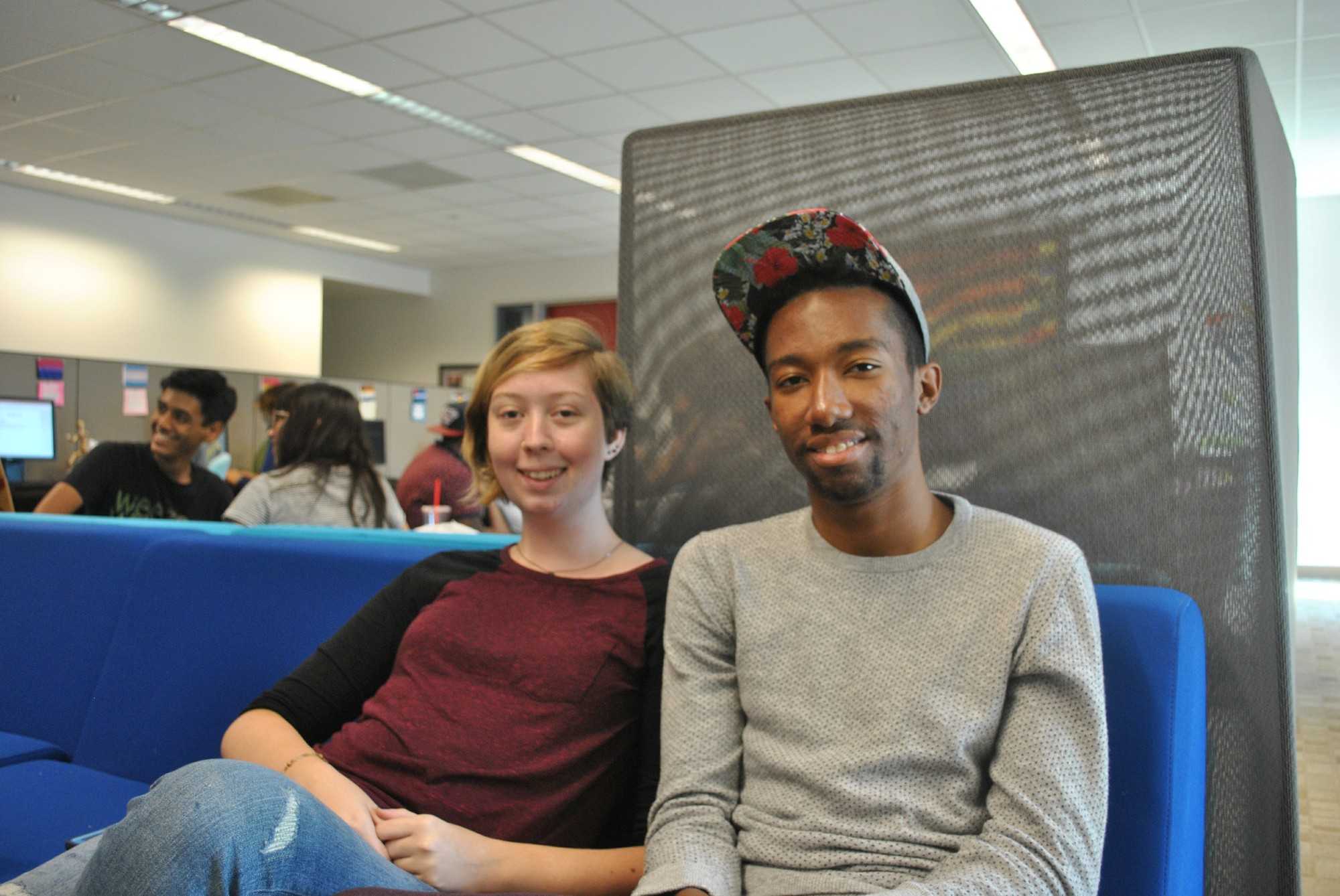 Shayla Riesen (left), a biology major, and Michael Howell (right), a psychology major, smile for the camera while hanging out in the Pride Center on Oct. 11. Photo credit: Vanessa Saenz

National Coming Out Day is an annual holiday for the LGBTQ community and their allies that promotes a safe world for these individuals to live openly, according to the Human Rights Campaign.

“It’s a day to celebrate your identity and who you are,” Sarina Loeb, coordinator for the Pride Center and LGBTQ Initiative, said.

The holiday originated as an idea for celebrating coming out as gay, lesbian, etc. Rob Eichberg, a founder of the personal growth workshop, The Experience, and Jean O’Leary, then head of the National Gay Rights Advocates, came up with the idea for the holiday and decided to mark the day on the anniversary of the second March on Washington for Gay and Lesbian Rights, according to the Human Rights Campaign.

“I don’t really celebrate it, but I do acknowledge it – I have posted about it on social media to help others,” Juan Antonio Llanos, an electrical engineering major, said. “I didn’t come out on National Coming Out Day, but I do acknowledge that it gives a person a chance to feel comfortable enough, if they’re ready for it.”

Although this national holiday has been celebrated for years, many people still have not heard about it.

“I didn’t learn of it [National Coming Out Day] until I came to CSUN. I didn’t know about many LGBTQ holidays,” Michael Howell, a second-year psychology major, said.

Another student, Shayla Riesen, a biology major, said she knew about it, but since she wasn’t out until last year, she thought it was a cool day to have.

“It doesn’t have a huge effect on myself personally, because I’m kind of already out to the people that I want to be out to,” Riesen said. “But obviously it’s important to me if anyone else wants to talk about it or anything like that.”

Many students around campus may not be a part of the LGBTQ community and are not directly affected by National Coming Out Day, but they know someone who is.

Jonatan Mejia Gonzalez, a computer engineering major, said while he’s not personally affected by the day, he knows people who are.

“I just met a new friend, her name is Bobby. They recently came out to their parents; she was excited that the parents really didn’t care [that she came out to them as gay], and they had a moment – a bond. Now she’s happy, they feel free,” Mejia Gonzalez said

There will be a free event for anyone to attend on Oct. 13 at 5 p.m. in the University Student Union in celebration of National Coming Out Day.